Women in Foodservice – She Speaks Food 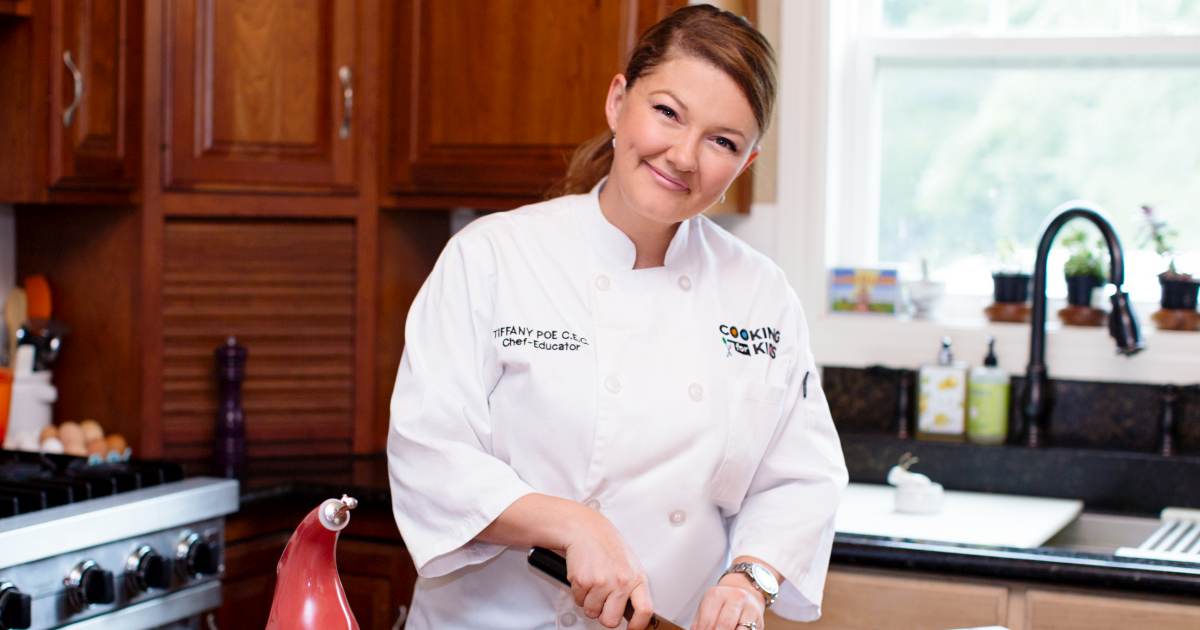 From an early age, Tiffany Poe ’02 loved to speak the language of science. Naturally the idea of becoming a doctor just made sense. She began a degree in microbiology and was prepared to do whatever it took to succeed and make her way through school. So she applied for a server position at a local casino to make money. The chef at the casino’s five-star restaurant decided to give her an aptitude test, after which he simply announced, “You are in the kitchen with me tonight.” Three hours later, Tiffany was on a high the likes of which she had never felt…she had found her place.

Always a lover of education, Tiffany thought about going to culinary arts school. Once again, it was her chef whose declaration, “Go to the CIA,” changed her life. While at the CIA, Tiffany soaked up every bit of knowledge she could and served as student body president and worked a few hours a week in the admissions office. “The phrase ‘we speak food’ sums up my time at the CIA,” says Tiffany. “The CIA taught me how to speak about food to all kinds of people and in all kinds of situations. It became my language and I have been speaking it ever since.”

Over the years, Tiffany has taken her love of teaching, people, and food into lots of different places. She’s done everything from teaching in the culinary program at the Tri-County Technology Center in Bartlesville, OK to being the program manager at the Culinary Institute at Platt College in Tulsa, OK. She’s “spoken food” to incarcerated women and taught them about hospitality in preparation for them getting entry-level jobs in hotels and restaurants as an adjunct professor for Tulsa Community College. She’s currently executive chef professor of hospitality and food studies at Oklahoma State University.

While still in Tulsa, Tiffany became friends with Ree Drummond, known to most Food Network aficionados for her TV show, Pioneer Woman. The two hit it off.  Tiffany styles for the Food Network show and assists Ree with her cookbooks and food projects. The two share a love for “bloody meat and béarnaise.” They attempt to maintain a semblance of traditional values by raising and homeschooling their children and balancing full-time careers. With four children each, that’s no small task!

In 2012, Tiffany and her husband Steve became the owners/innkeepers of the Grandview Inn in Pawhuska, OK. The historic bed and breakfast is situated near the Tallgrass Prairie Preserve in Osage County, which is the largest tract of tallgrass prairie remaining in the world. One of its main attractions is the herd of 2,500 grazing bison. Travelers from all over the world stop at the beautifully appointed inn to enjoy the comfort and great food she and Steve offer there.

Having satisfied her desire to create her own food, Tiffany turned her attention to satisfying her love of education. She earned a master’s degree in gastronomy from a program offered online by Southern Cross University and Le Cordon Bleu International, both in Australia.

With a mind that never seems to stop, Tiffany is already brainstorming new directions for the future. She muses about maybe creating online training for people of all ages and walks of life to better experience food, possibly doing taste training with kids, or most fun of all, writing a cookbook with her own children. One thing she knows for sure is that she will always speak food!