Women Chefs: Finding Their Place in the Industry 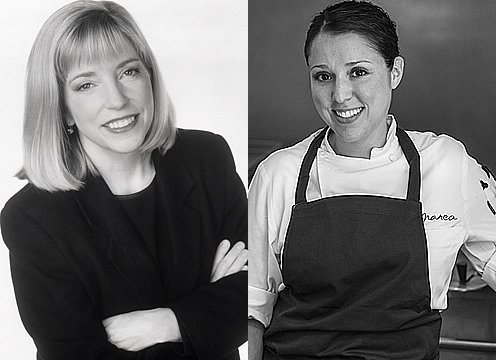 From young cooks to CIA graduates to some of the biggest names in the food world, women who dream of wearing the chef’s uniform have drawn much of their inspiration from female role models who came before them. But along the way, it hasn’t always been easy.

Paula Waxman is a prime example. She got her first taste of the culinary arts as a teen in the Bronx, when she would rush home from school to watch—who else?—the talented Julia Child on TV. Paula would go on to attend the CIA and have a satisfying academic experience, but the reality of graduating into an industry where the kitchens were completely dominated by men had her backing away from a restaurant career. 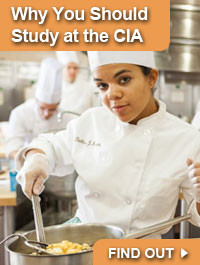 Instead, she found a job at California-based S.E. Rykoff & Co., a large supplier of restaurant goods. There she thrived as a foodservice consultant to internationally known celebrity chefs like Wolfgang Puck, well-respected restaurant chains, and successful foodservice operators. “I understood what their needs were; we spoke the same language,” she recalled. “I was still working in the industry, which was my passion.”

Paula’s combination of out-of-the-box thinking and a wish to use her expertise in a woman-owned business led her to launch ’Witches of Boston, a special event catering company with a unique twist—preparing liquid nitrogen ice cream on site for special events. Today she has happily come full circle in her culinary career.

Lyde Buchtenkirch-Biscardi  was also an out-of-the-box thinker when she pursued a formal culinary education in the late 1960s. While, historically, women had been excluded from entering the professional kitchen via culinary school, Lyde became one of the few women at the time to graduate from The Culinary Institute of America, in 1972. She recalled that when she began her culinary studies, she was offered a blue dress as a uniform—but insisted on receiving the chef’s whites.

That kind of persistence led to a successful career as a chef, and eventually, Lyde returned to the CIA as a faculty member. She also became the first woman ever to achieve Certified Master Chef status from the American Culinary Federation.

Similarly, Sara Moulton found that when she first came to the CIA, “some of the male faculty maintained that women couldn’t do the physical work in the kitchen. But soon chefs saw that the women worked hard, focused more, and could lift those large stockpots. In fact, we excelled.” Sara encourages young women chefs to stay in the kitchens as long as they have that “fire in the belly” because it gives a chef the credibility that nothing else can.

She believes that there are more opportunities for women in the industry today but acknowledges that women have to put themselves in the position of going after what they want. Sara has practiced what she preaches—today she’s a successful chef, TV personality, and author, as well as a recent James Beard Award nominee.

Over the years, many other talented female chefs have gone after what they wanted, helping to pave the way for future generations with their accomplishments and initiatives:

Progress has assuredly been made. The U.S. Bureau of Labor Statistics reports that there are more women managers and owners in the restaurant industry than in virtually any other profession, and half of all U.S. restaurants are owned or co-owned by women. But there’s still work to be done—the Bureau also reported that, in 2012, out of 403,000 people employed as chefs or head cooks in the U.S., only 21.5 percent were women.

The Promise of Tomorrow

Lauren DeSteno has become one of those “21 percenters” thanks in part to an influential female chef mentor. Her first job after graduating from the CIA was at Manhattan’s award-winning Eleven Madison Park working under Chef Daniel Humm. “I started as a culinary sous chef, but they needed additional hands in the pastry department,” she explains. “I had the opportunity to work with Angela Pinkerton who is now the executive pastry chef at the restaurant. I learned so much from her.”

So much, in fact, that she would one day end up at the popular restaurant Marea, where her promotion to chef de cuisine in 2014 put her in charge of one of the highest-earning kitchens in New York—with four male sous chefs and 20 other cooks reporting to her. Unlike past generations of female chefs who had to deal with the “old boy network” in the kitchen, Lauren was able to step right in with confidence and composure. “In a good kitchen, male and female doesn’t really matter anymore,” she says. “You get the work done, you handle yourself professionally—because kitchens can still be crazy places—and you go home.”

With so many up-and-coming, talented women now attending the CIA and working in the culinary field, more female leaders are coming to a kitchen near you! Will you be one of them?