Home » Student Bloggers » Why We Cook, Why I Cook

Why We Cook, Why I Cook 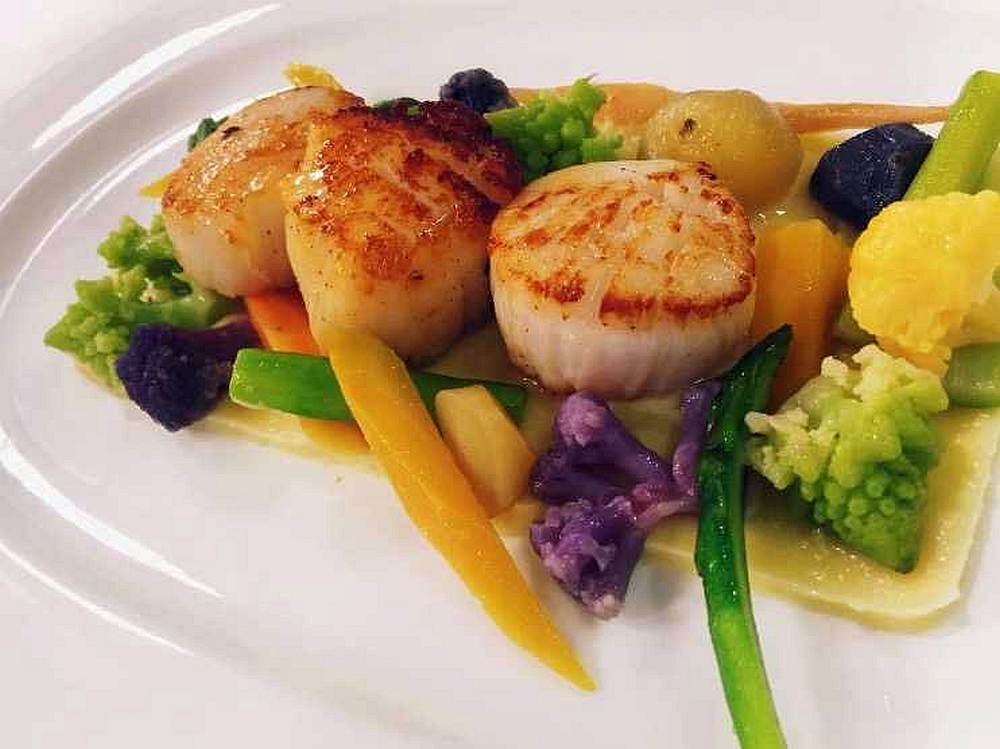 I remember standing in line on orientation day at the Culinary Institute of America, my heart, and mind giddy with the prospect of possibility stretching ahead of me. It had taken a considerable amount of work, ambition and sheer willpower to get myself in the right space to start a new life, and I’d walked around that day in a blurry, starry haze, swapping daydreams for memories with every second that passed. A conversation was easy to strike up, even with complete strangers—the common thread that was a dedicated passion to food proved to be more than sufficient to connect everyone in a giant mosaic, beautiful and meaningful in all our psychedelic disparity. That first day, I recall going on about food memories and absorbing all there was to know about these wonderful people, all up until the conversation took a jarring turn towards someone’s anorexic sister, and someone piped up to say, “Only someone retarded would be stupid enough to come to culinary school with an eating disorder”.

Most people laughed. I felt like I’d been shot.

The smile must’ve slid off my face like grease, because I found myself on the receiving end of quite a few curious stares, and hurriedly hitched in back into place, polished and plastic as ever, before hastily changing the subject. The rest of the day went by uneventfully; we all got slices of pizza for dinner, and I slid mine ever so casually into the bin before slinking out of sight and to the solace of my room, my mind a maelstrom of emotions.

I suffered from anorexia nervosa since I was fifteen years old. I suffered from bulimia nervosa from the ages of seventeen to nineteen. I suppose what’s affected me the most about these disorders is not just the fact that I’ve never officially admitted them to people, but also how they fully realized themselves as part of my permanent state of mind. Stemming from a horrible lack of self-confidence and a crippling desire to impress people (who never truly cared), a part of my conscience watched as I slowly unraveled everything about how I treated food. I stopped eating chapatis and rice, began throwing away all the junk in my house, and, eventually, slowly increased the hours of which I would eat; I could feel that rational side of my brain screaming in protest, and yet felt the weight of the world snuffing its words until all I was left with were the voices of self-deprecation chanting for years to come.

My decision to enter the food industry was fueled primarily by familial motivation and the aforementioned passion for the culinary arts…but I’d be lying if I said a desperate, broken part of me wasn’t also grasping at straws trying to find a way to exert some control over my life. After few fainting spells, private breakdowns and many, many skipped meals, I came to terms with how wholly my illness had swaddled me, and the only way out I could see was to touch and taste and feel and work alongside the thing that had come to terrify me. I spent my hours with sugar, butter, oils, starches, vegetables, fruits and all the other things that short-circuited my brain every time I saw them on my plate. Long story short, I was tired of flinching away from my meals—I sought the most radical change by trying to transform my weakness into a positive constant in my life.

For better or for worse, the CIA peddles sugary dreams and fatty fantasies like Santa Claus post-Black Friday, with temptation being the largest threat I now faced. However, the hardest part of it all was acclimatizing to the judgment I felt bearing down on me from strangers and friends alike, even when it never truly existed. I felt eyes trained on my back with every morsel that I pushed unwillingly past my lips. I went through months on externship surrounded by people whispering in dark rooms and hushed corridors about how strange that kid is, the one that scavenges and eats in the dark and so clearly “has a problem”, without actually trying to talk to me about it. I went through my final semesters of my Associate’s degree surrounded by friends who refused to drop the subject, pressuring me out of the goodness of their hearts to eat just a little more every evening, not knowing how the prospect of dinner began to horrify me.

It should be noted that I am someone who is fully conscious of the war I’m waging and that that war doesn’t exist outside of my mind. I know that people aren’t, and shouldn’t be, obligated to particularly care about what I’ve felt as a result of this—but they should, in my humble opinion, consider it, and respect how it’s fashioned me into the person I am. Today, I study Culinary Science in order to more clearly understand the food I put in my own body, which I’ve finally come to embrace (albeit a little grudgingly), and eventually Applied Food Studies to gain a broader perspective on how I can affect change when it comes to the subject. My illness does not define me, but it’s helped me grow.

I am a work in progress. I’m proud that this is something I can share with the world and the people who mean the most to me. Most importantly, I understand that, with every new start date at the CIA, every single student walks in with a different purpose. Some want to get Michelin stars, some want to open bed and breakfasts with their lovers and never see the city lights, and some just want to heal; I have immense respect for every single person and the purpose that brings them here. I believe everyone should.

Altamash Gaziyani
Coming from an internationally exposed, culinarily focused & rather open-minded household, food was always a subject I was allowed to have an opinion on. It was always a topic that I could immerse myself into fully, whether I was idly bantering over Masterchef Australia episodes and that recipe that didn't work from the show with my parents, or make a case for agricultural rights in papers and as a representative at world conferences. The subject has been my North Star since I was eleven and is the only thing I would want to pay my bills with.

I can't explain why. Maybe it's the hypnotic allure of the shimmering heat from scorching flat tops, the rows upon rows of neatly prepped, ingredients screaming to be fired, and the way my mind sharpens as the first docket of the night comes through. It could be the satisfaction I feel when I tune out the white noise and focus on transcribing that one flavor at the edge of my consciousness, and the euphoria I find just the right word. Chances are it's probably just the joy I feel when I see people stopping their worlds and sitting down to enjoy the food I may have had a hand in preparing for them.

Food keeps me happy. It gives me a reason to wake up at five in the morning and roll hundreds of potato bread boules, mince pounds of garlic or devein buckets of shrimp...and also to compose beautiful plates, innovate on a daily basis and fire order after consistent order until I can barely stand. It makes me question. It gives me discipline. It's blessed me with the best memories and people and life. I couldn't ask for more from it.

Latest posts by Altamash Gaziyani (see all)
« Baking Through the CIA: If You Give A Mouse A Cookie… » My CIA Farm-to-Table Concentration Experience