Waste Not, Want Not: CIA Works to Reduce Food Waste 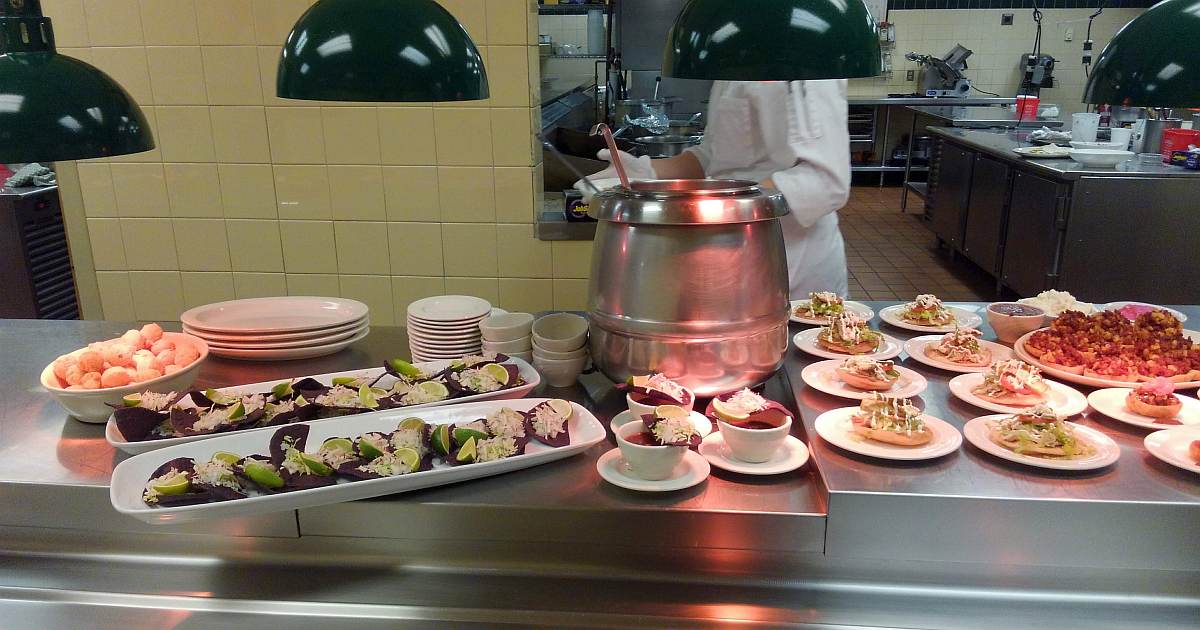 In a world where too many people go to bed hungry each night, the responsibility for reducing the amount of food that goes to waste falls on everyone’s shoulders, but none more so than future chefs and food business leaders. That’s why the CIA, which has always sought to be responsible stewards of the environment, has stepped up its efforts to lower the food waste at the college.

The CIA’s reduction efforts are two-fold: to provide consciousness of the issue to the next generation of leaders in the food world; and to cut back on the waste the college is producing. According to the United States Department of Agriculture, between 30 and 40 percent of all food in this country does not get eaten. Just like practicing knife cuts each day makes our students proficient in that skill, so does the daily practice of not wasting food make awareness of it second nature.

Throughout their CIA education, students are exposed to the topic, starting with the freshman-level Introduction to Food Systems class, where they develop an understanding of the problems inherent to food waste. Later in freshman year, in the Non-Commercial Foodservice and High-Volume Production course, culinary arts majors analyze food waste and learn techniques to minimize waste during food preparation. During sophomore year, the classes—including the kitchens of the CIA’s public restaurants—discuss behavioral change and measure post-consumer waste.

Students in the Applied Food Studies major often express that they want to make a difference in people’s lives. During their junior and senior year, they deeply examine many of the social issues facing today’s food world, including food waste and methods to minimize it.

“Our students are being made aware of the impact they can have on the food system through a deeper understanding of the complexities that are involved with managing waste,” says Chef Brendan Walsh, dean of the School of Culinary Arts. “Along the pipeline from the point food enters the building, to the point that it goes into someone’s hands to be prepared, to the point that it goes into a pan to be cooked, to the point it gets to the consumer—students gain a deeper understanding of that system and how they can be part of a solution to this issue.”

CIA as Case Study for Students

Several chefs on the faculty are doing research involving their students. Topics include waste reduction, consumption vs. waste, and behavior change regarding waste.

Professor Katherine Polenz is studying evolving behaviors. Students dining out of her Cuisines and Cultures of the America’s kitchen classroom can take as much food as they want. But whatever they leave on their plate comes back and is measured. This awareness is changing action when it comes to leaving food over.

Assistant Professor Bryan Tobias takes all of the waste from food prep in his class, measures it, and puts a monetary value to it. Students gain a sense financially and by weight and volume just how much waste there really is.

Lecturing Instructor Brian Kaywork is the chef in the American Bounty restaurant. His research looks at several variables, including seasonality and weather. For instance, was there a snowy day where a lot of reservations were cancelled, leading to food that was purchased never getting cooked and served?

Finding Better Use for Leftovers

As an example, if the college purchases plantains, which come in 50-pound crates, but the chef only needs 30 pounds worth, what happens to the other 20 pounds? In the past, they might have gone into the compost pile—not only wasting food, but also money. Now faculty members share the word with their colleagues, who can then find creative ways of incorporating an ingredient that might not have been on their original menu.

This gives students a first-hand look at food waste reduction, culinary creativity, and responsible business practices. Chef Walsh says those are all valuable lessons: “Because they’re doing it themselves—it’s not something that’s being recited to them—they live it. It’s a more immersive style and results in deeper understanding.”

To be sure, with 42 teaching kitchens on the Hyde Park campus, there is food that is prepared that doesn’t get eaten. To ameliorate that impact, the CIA supports the local community with its growing program of donating food to the Food Bank of the Hudson Valley.

« What is the Best Culinary School? » Fun and Surprising Facts About the CIA