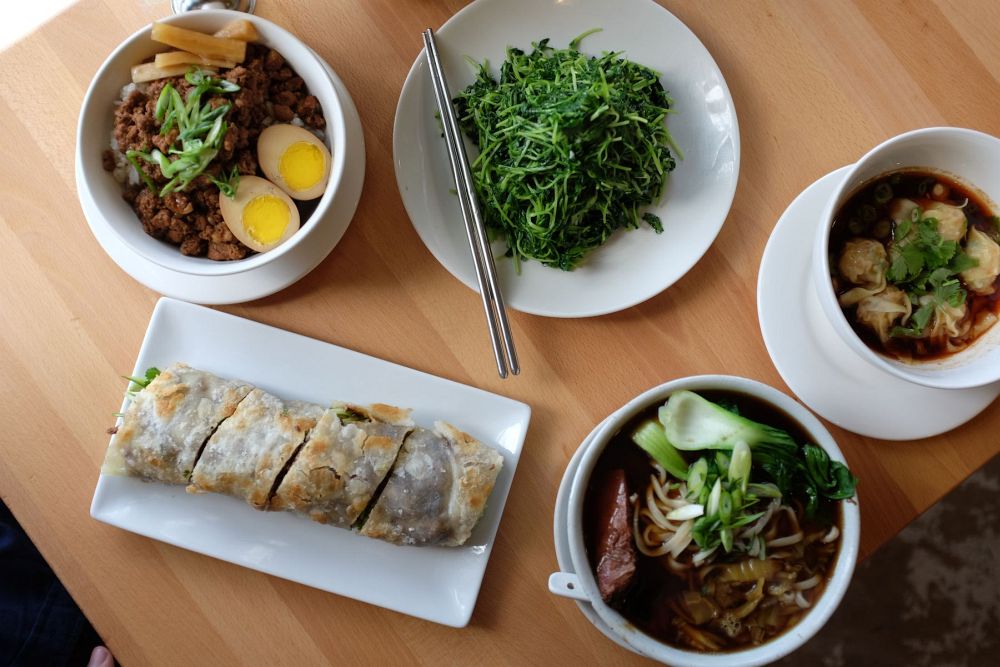 On the menu at Washington D.C.’s Maketto, the dish was called “oysters on egg omelet,” though this was not going to be one of those rolled French delicacies with a flawless golden complexion. What arrived looked fetchingly freeform: The beaten eggs had quickly seized into an informal circle when they hit the hot pan, leaving the fringes lacy and the oysters huddled at the center. Chopped chard peeked through in grassy patches. A thin, sweet-and-sour tomato sauce added a finishing gloss. Called o ah jian, the dish is a culinary icon in Taiwan, where Taipei street vendors cook these patchwork delights to order in the city’s flourishing night markets. Read the original story >