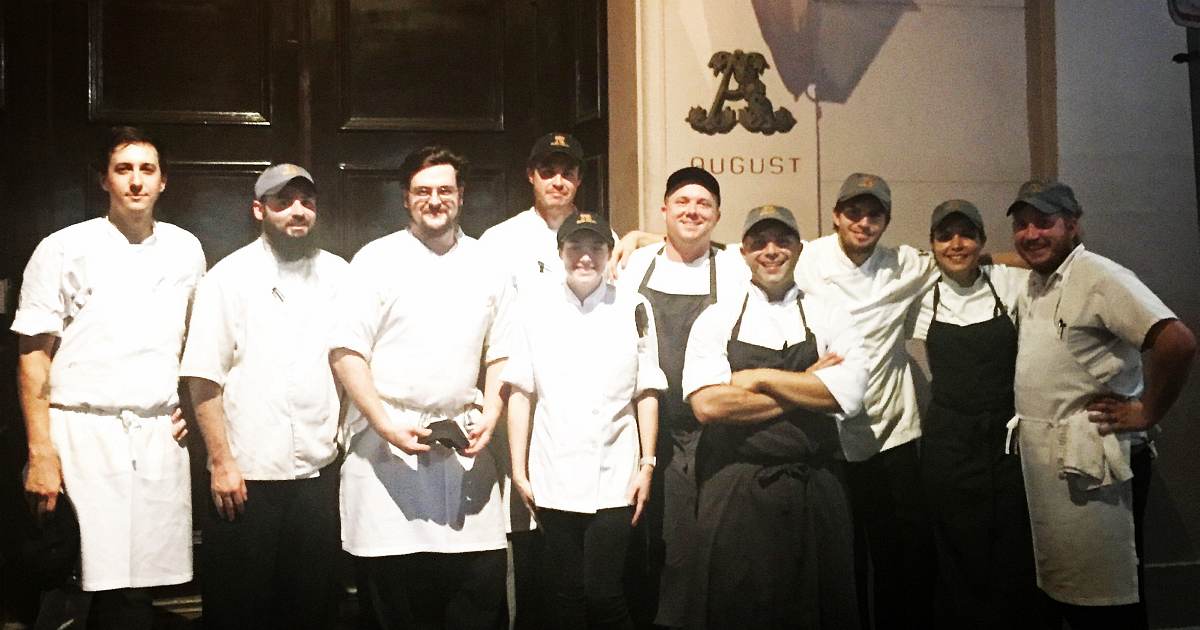 Restaurant August is located in a traditional French-Creole building, where Executive Chef Todd Pusinelli leads the kitchen with great excitement, creative prowess, and a lot of managerial agility. Chef Todd has been part of the company for more than eight years and helped to reopen restaurant August after hurricane Katrina.

Folks often talk about southern hospitality. Our experience has shown us that hospitality is not about the South, but rather springs from the individuals and teams. It’s about the way someone makes you feel—at ease, welcome and comfortable. Chef Todd was very excited about the perspective of two young chefs traveling to learn about food, and he and his team welcomed us with open arms. Then again, he seems to get excited about many things, which translates into the high-energy kitchen that is August. He cares about what people have to say about his food and work, especially what two cooks like us who care about food. 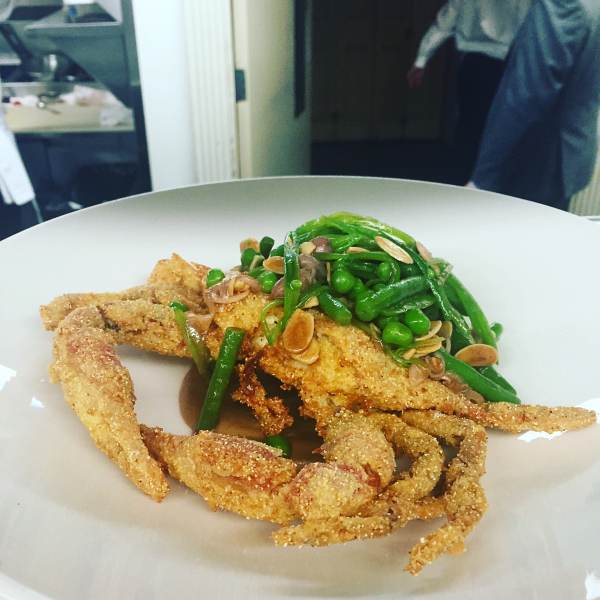 Much of the produce at August comes from nearby farms in Houma, LA. The chefs and cooks often go out to Bayou Sauvage National Wildlife Refuge and other common destinations to forage their own mushrooms and other wild produce. It’s chanterelle and fig season, and many dishes benefit from the bounty. The cooks at know about their produce and local ingredients but also about the different techniques that make the food at August very unique. 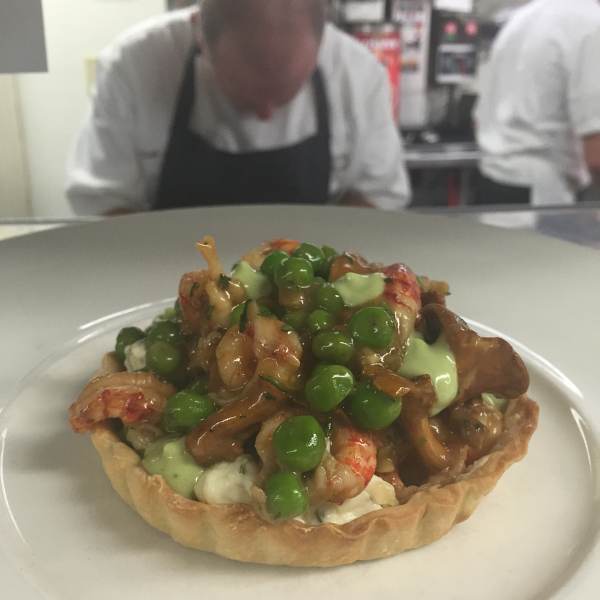 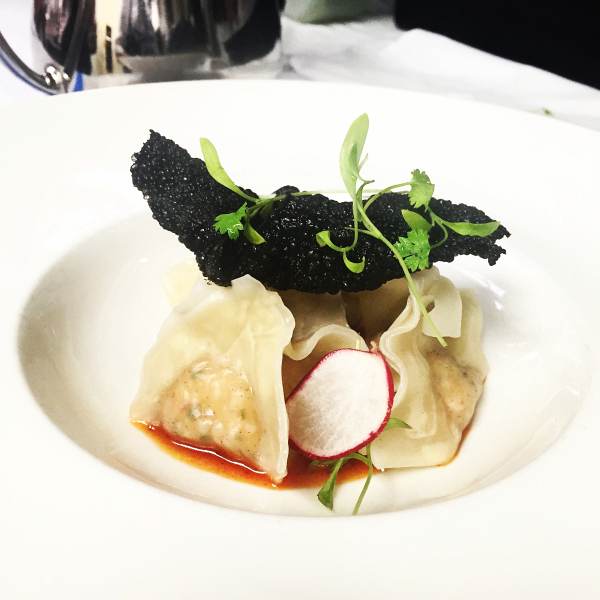 This NOLA and Vietnamese-influenced shrimp étouffée uses ginger and fermented pepper to create a rich flavorful dish that blends tradition with innovation. A sepia rice cracker tops the dish

Fried oysters are an emblematic dish of Louisiana, very crispy on the outside and moist on the inside. At August, the dish involves curing the oysters in seasoned egg whites, which creates an egg white barrier that keeps moisture trapped in the oysters. The oysters are then breaded in a mix of flour, cornstarch, and potato flakes. The final product is a version of “fish and chips.”

The Gulf blue crab salad with watermelon is a story in its own right. Compressed, fresh, grilled, marinated, pickled, preserved, made-into-a-vinaigrette and cut into ribbons, the watermelon and cantaloupe showcase the versatility of beautiful local produce. The dish comes together with a curried aioli, Vietnamese bánh xèo’ tuille, and cashews complementing the sweet and savory crab and watermelon profile. It’s a salute to NOLA’s international influences.

Despite the short nature of our visit, we felt at home at August and appreciated the expectation that we would jump into service whenever needed, thank you!