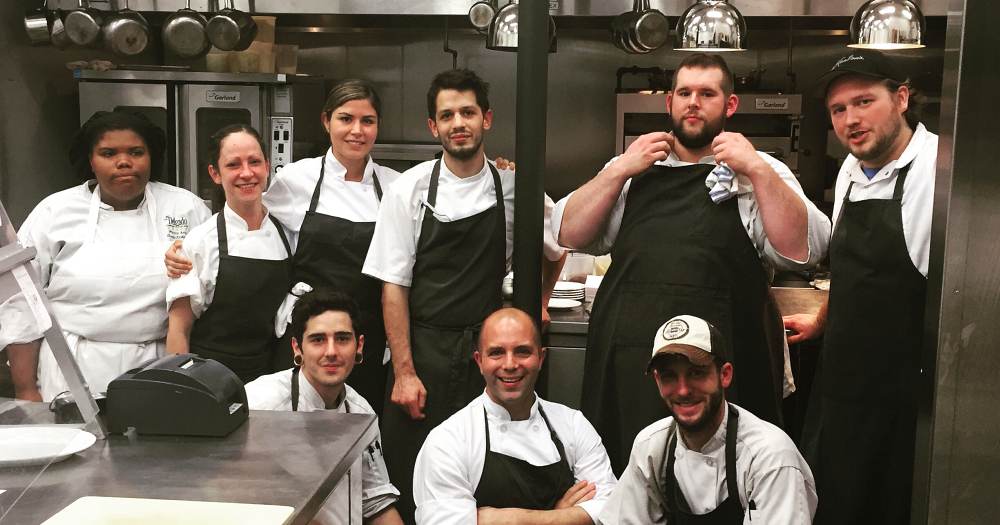 New Orleans is a city of commerce, music, culture and cuisine. It’s the crown jewel of the South. The city and its chefs identify with Southern, Creole and Cajun food. Creole cuisine itself is a combination of soul (Southern and West African), French, Spanish, and Native American influences. As a major port city, New Orleans has always been a destination for migration. Every wave of migration left its marks on the cuisine and culture of the city from Acadians to Spanish, Germans, Italians and Vietnamese.

At Kenton’s, every dish is paired with a bourbon, some of which is bottled by the restaurant’s owners. The name Kenton’s comes from the town as well as the nickname of the man who drove the cart of bourbon barrels to the street where bourbon was sold— now the famous Bourbon Street. Many dishes incorporate bourbon into a component, such as the chicken mousse pâté with bourbon and the country ham with bourbon aioli and creamed corn fritters. 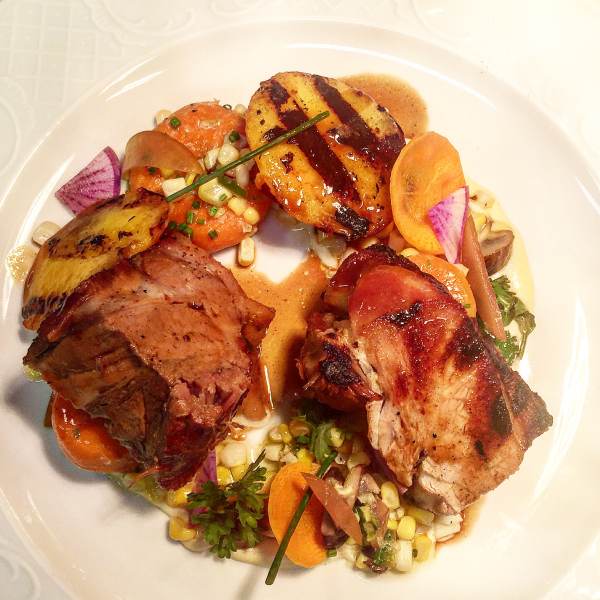 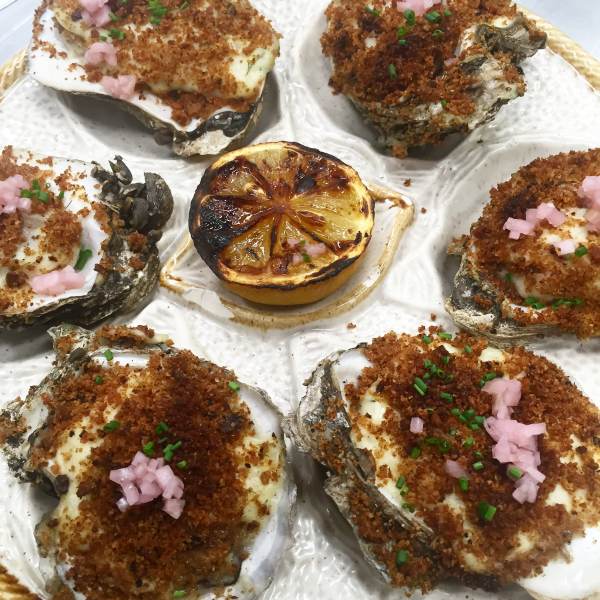 Oysters at their most delicious

Kenton’s was voted Best New Restaurant this year by the readers of New Orleans magazine. It’s a young restaurant, opened in November 2015. However, since then it has been booked close to capacity.

In the absence of chef/partner Chef Kyle Knall, we were welcomed into the kitchen by sous chefs Wes Rabalais ’12 and Jonathan Klaskala ’11. Knall, a four-and-a-half-year veteran of Gramercy Tavern, is a protégé of Chef Frank Stitt—chef-owner of our previous stage, Bottega in Birmingham, AL. Scott Gery is the chef de cuisine. The food is unpretentious, true to tradition yet innovative, fun, beautiful and delicious.

Kenton’s has quickly built ties with the local farming community—partially with the help of the chef community of friends in NOLA—and uses heirloom varieties of peppers, tomatoes, squash, and sorrel. The constraint of the budget of a young restaurant has challenged the team to be more inventive, resourceful, and versatile. Some of the dishes for the evening menu were decided after brunch the day we staged at Kenton’s. This entrepreneurial spirit was very exciting to us. The team stayed dynamic and open to somewhat impromptu changes. 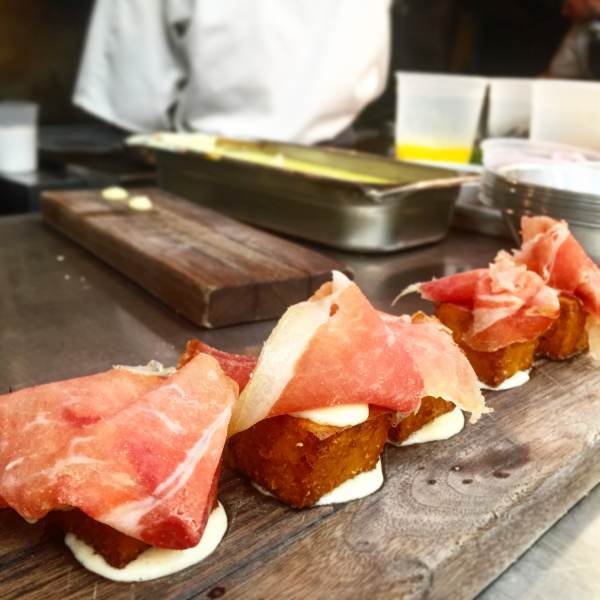 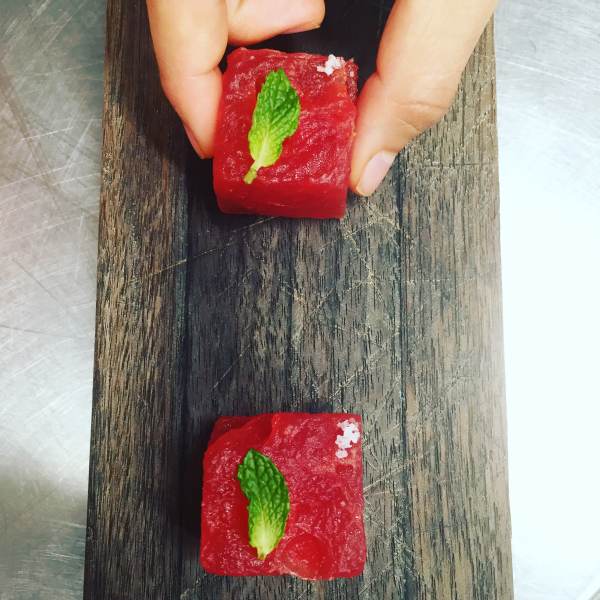 In this bourbon-themed restaurant, bourbon makes it into many dishes including this perfect bite of watermelon infused with an old fashioned

Of course, Chef Gery is in charge of the kitchen and the operation but as young cooks we were very much encouraged by the way the kitchen ran in the absence of the Chef de Cuisine. Thank you to Chef Wes and Jon for having us!