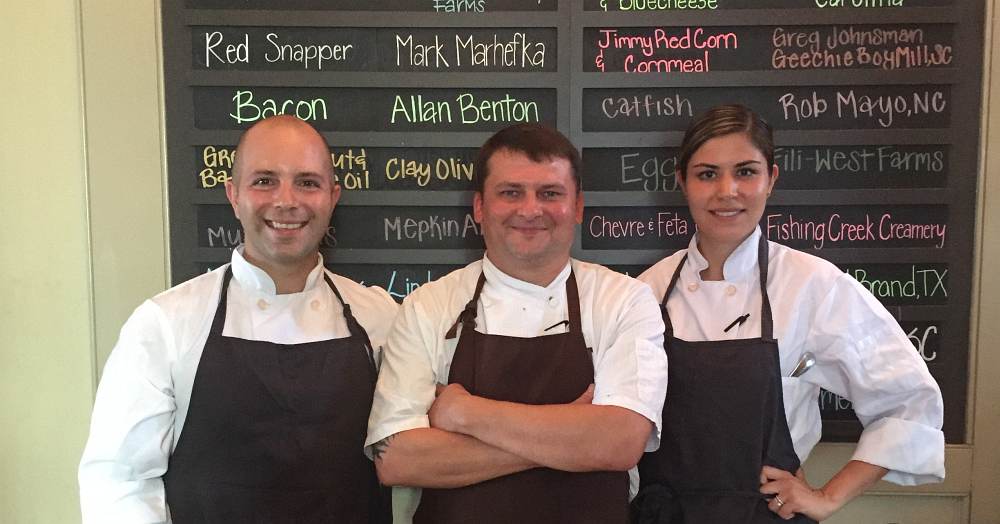 The Carolinas are a farming region with incredible produce and cooking traditions. The French and British influences run deep. South Carolinians boast many dishes that we think of as low country cuisine including hush puppies, grits, fried oysters, country ham, BBQ, gumbo, she-crab soup, and many others.  Many restaurants and chefs are now embracing the food of the region, its farming community, and the international influences that have left their mark in the city for generations.

On our next stop on our journey, we had an opportunity to stage at Husk in Charleston, SC. Of the wide range of restaurants that city has to offer, Husk reflects the broadest canvas of southern cooking. After a successful culinary career with Elite Hospitality Group and at McCrady’s, Chef Sean Brock started research and development on a farm where he grew indigenous and heirloom crops. Husk serves mostly local and heirloom ingredients. Executive Chef Travis Grimes runs the kitchen and shares the same ideology about southern cooking as Chef Sean Brock. He wants to preserve local cooking techniques and ingredients, and mix them with international techniques

Husk is a unique institution. It’s tied to its community, region, farmers, and craftsmen. The dining room is booked at capacity almost all the time. The food is always accessible yet refined, true-to-tradition, and complex. And it changes all the time—depending on what the farming community and craftsmen are producing at the time—which makes it an incredibly dynamic and exciting place for cooks and guests. The rhythms of farm production naturally give rise to extensive preservation, conservation, and fermentation projects, borrowing techniques from the low country as well as the Middle East, Japan, and Scandinavia. Most of the protein that is served on the menu is processed from the whole animal. Smoke, corn, oysters, hogs, chicken, catfish, dried and fresh beans, pecans, roots, and stone fruits build the foundation of the dishes along with techniques, tradition, and the chefs’ incredible palate. 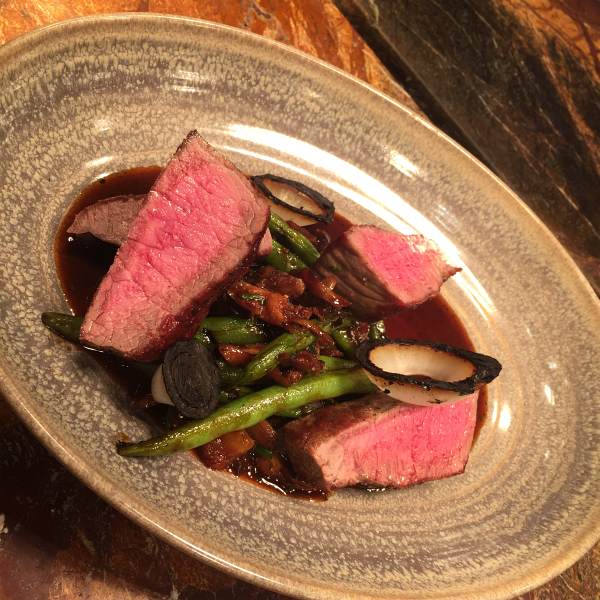 Cooks and sous chefs are involved on the weekly, often daily, menu change. At least once a day, they discuss menu components hinging on seasonality, availability, and flavor. The cooks can experiment with seasonal ingredients and with the permission of Chef Travis the dish is on the menu the same day.

During our stage the cooks from the fish line were running a special dish that night. A different version of succotash was their idea. What can we use to make it better? During the conversation with the cooks Chef Travis brainstormed with different ingredients to add deepness of flavor to the dish. Beans, haricot vert, tomato, sweet corn and a peach velouté was the final plated vegetable set accompanying the smoked pork chop.

Thoughtful bright notes on every plate are one of the hallmarks of the cuisine at Husk. Every dish or component is paired carefully with an acid. From peach or raspberry vinegar to black ramps fermented in the tradition of black garlic, from lemon juice to chow chow and smoked tomato vinaigrette, and mushroom miso to peach or plum bbq sauce, the array of flavors is amazing.

One particular dish stands out as an application of a Southern technique, a keen understanding of bright notes, and texture—ribs, crispy fried pork rind, peach bbq sauce, and pickled peach relish. The ribs are slow-smoked at low temperatures, building ‘bark’ without building bitter flavors. It starts with dry pecan shells and is finished with wet pecan shells, creating incredible layers of smoke and umami. The ribs are reheated on the grill with peach bbq sauce. The pork rind is, of course, prepared in house and fried to order. It was the most perfectly composed BBQ ribs plate ever! Incidentally, Jonathan Buck, CIA instructor Xavier LeRoux’s former MIT in the Escoffier Restaurant at the CIA, smoked the ribs. As we munched on them, Jonathan was telling us about his fondness for Chef LeRoux as well as Gaby Raimundo, two instructors all three of us admired deeply at the CIA. 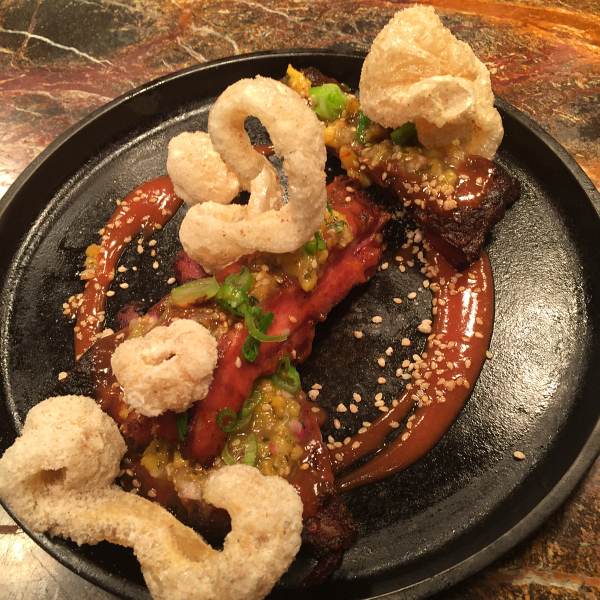 Our stage took place during a major kitchen expansion project. We’re incredibly excited to see how more space for fermentation, preservation, charcuterie, butchery, and baking effects the restaurant.  We want to thank the entire Husk Charleston team but specifically Chef Travis Grimes who has generously shared with us the knowledge he has built over his tenure at Husk.