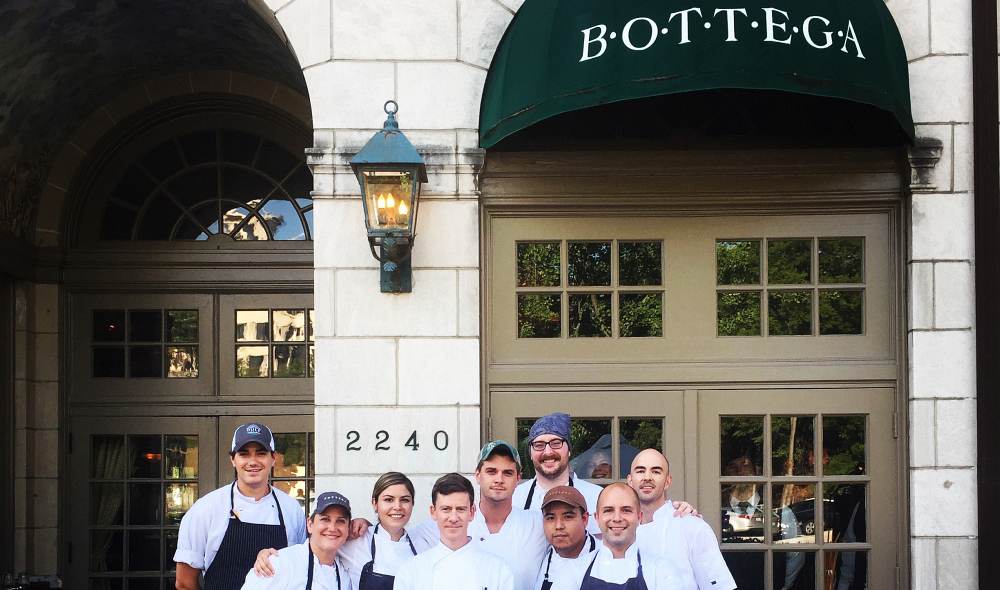 Alabamans are very proud of their fresh seafood from the Gulf, BBQ heritage, rich desserts, and fried foods. It’s not uncommon to see menus of only fried items from steak to catfish, and from green tomatoes to pickles. Alabama boasts many dishes that we consider Southern / Soul / Low Country American cuisine such as pecan pies, shrimp and grits, and biscuits and gravy. But the state has unique dishes such as chicken with white BBQ sauce, chocolate gravy (hint: mole), and Brunswick stew. The seafood culture is rich and incorporates crawfish, gators, catfish, turtles, bass, paddlefish, and crappie. Homegrown ‘foodie’ consumers as well as chefs returning home from their ‘big city’ tenure are in Birmingham to help the city become a top food destination in the country.

Chef Frank Stitt is often seen as the torchbearer for the incredible food city of Birmingham—which Zagat recently named one of America’s Next Hot Food Cities. Along with Bottega and Bottega Café, Chef Stitt and his wife Pardis operate Chez Fon Fon and Highlands Bar and Grill. Chef Stitt has impressive experience that includes working at Chez Panisse, as well as in Provence, France and the Caribbean. Except for a two year hiatus, Chef Johnny Rolen has been with Bottega since 1998, bringing traditional Italian.

When we walked into the kitchen, the positive and calm energy of Chef Johnny Rolen and the cooks was palpable. The way folks say hello and introduce themselves as you go further away from New York City is different and refreshing. We found the cooks at Bottega to be grounded, humble, genuine, and caring yet they were excited about the same things we were, like the beautiful Alaskan King salmon that was going on the menu, the drive to perfect their cooking techniques, and reading new books about new cooking perspectives. 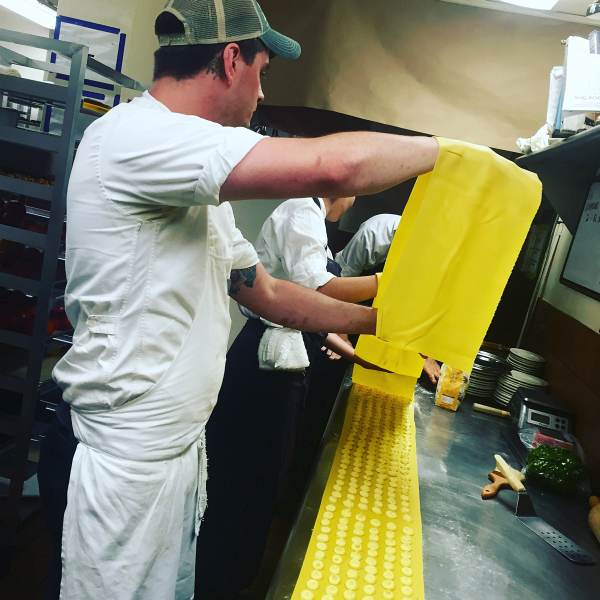 The sweet corn ravioli served with chanterelles, black morels and a porcini sauce is one of the most popular menu items

Because Sous Chef Dave knew we wanted to work pasta production, we got to it right away. First we made the hand-cut squid ink chitarra pasta. The squid ink pasta looks like a piece of leather, shiny and beautiful. Dave wants as little flour on it as possible because the flour cooks and produces a slick on the surface preventing the sauce from sticking on to the pasta. Then we transitioned to ravioli. This is a dish that blends Southern and Italian flavors together in an inconspicuous and delicious way. The dough for the ravioli needed to be a little bit more elastic, so we add some egg whites. The ravioli is filled with sweet corn and served with wild mushrooms and a porcini sauce. The green pappardelle is something else! It’s bright green, supple, seemingly rustic yet very refined. We chose the paler yolks for this one. The pappardelle combines stewed tomatoes with fresh tomatoes and gulf crab.

The pappardelle dish with tomatoes and Gulf crab

Service was busy. Bottega is not just a restaurant for most of the patrons—they all know each other and gather at Bottega to socialize. They sit down and order at the same time. The big push comes through, everyone has been fed, and the perfect storm dies down. That’s when we started saying our goodbyes to the cooks and bracing ourselves for the drive to New Orleans!