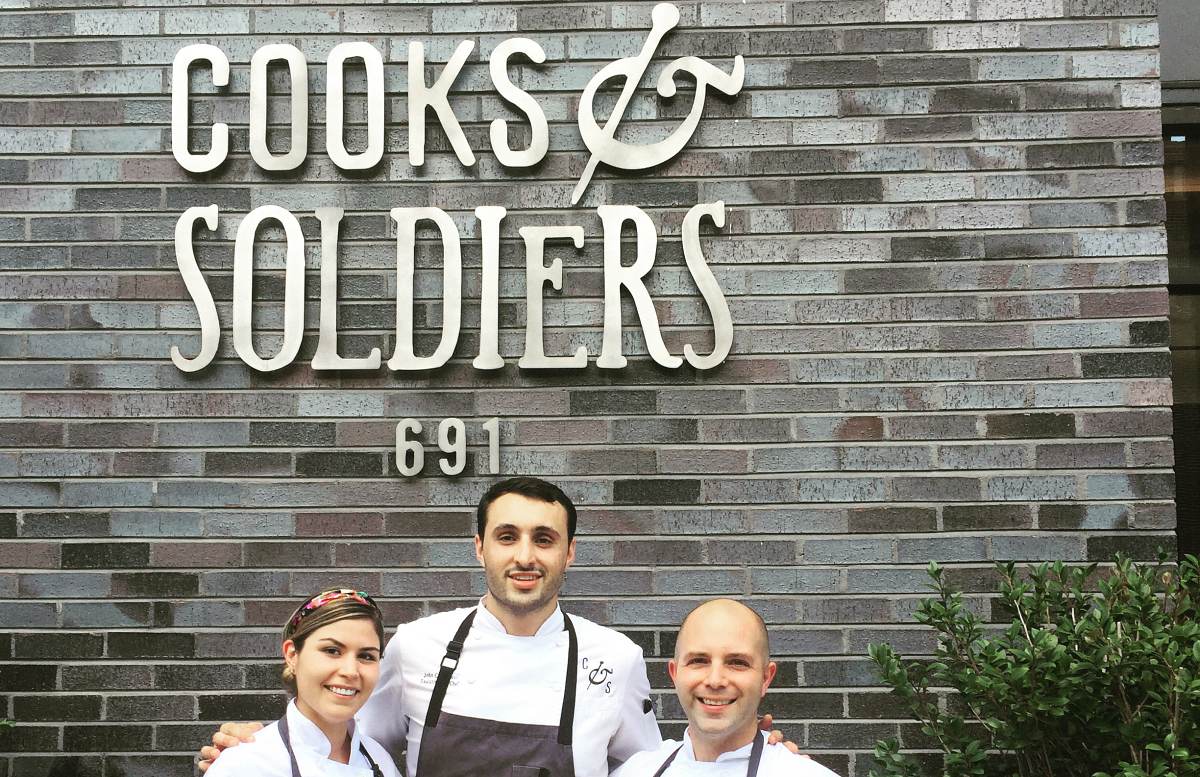 Food bloggers, critics, and travelers alike refer to Atlanta as the food capital of the south. From international restaurants and markets, farm-to-table restaurants, and regional chains, to world-renowned attractions like The World of Coca Cola, Atlanta encompasses a wide range of food experiences. The city’s dining scene seems as though it is on the verge of defining its own identity in the world of Southern-American food. Ponce City Market, located in a historic warehouse, is a food hall full of character that offers southern flavors and international restaurants. From restaurants such as Minero by Sean Brock to H&F Burgers by Linton Hopkins the market has become a culinary destination in Atlanta. Urban food courts like Krogs Street provide a refined yet accessible atmosphere for a diverse set of restaurants and local crafts. Buford Farmers Market alone deserves recognition for its incredible diversity of international produce—one of the most diverse markets we’ve ever seen. Atlanta, though in search of its identity, stands out as a food city that satisfies both international expectations and southern traditions.

On our quick trip to Atlanta, we could not miss the opportunity to visit Cooks and Soldiers, the Basque Country-inspired restaurant from Castellucci Hospitality Group. Under Executive Chef Landon Thompson, one of Atlanta’s culinary stars, Cooks and Soldiers was nominated for a James Beard award for Best New Restaurant in 2015. He works side-by-side with our friend and Executive Sous Chef John Castellucci ’12. John is only 25 years old and has worked in New York, San Francisco, and San Sebastian, Spain. He and Laura met in San Sebastian while he was working at the Michelin three-star Restaurant Arzak while Laura was at Mugaritz.

Cooks and Soldiers is an innovative tapas bar that incorporates great ingredients from the South with traditional Spanish fare and new takes on classic dishes.

Basque country is famous for the quality of its ingredients as well as diversity of produce and craft production, which is obvious in the wide array of pintxos (tapas) in restaurants across the region. Pintxos bars and asadores (wood-fired grills) are everywhere. People eat Pintxos with Basque cider or Txacoli—a bright and refreshing white wine. They walk from bar to bar to try de different version of pintxos.

Cooks and Soldiers build on this culture by offering traditional Spanish plates, pintxos and plates from the asador. Spanish techniques and Southern perspectives are woven into the canvas of the restaurant. Laura had fun working the sauté station that night and plating up dishes. Chistorras in a blanket is the marriage of Spanish skinny sausages with French puff pastry—the southern idea of pigs in a blanket. The restaurant’s lamb short ribs combine a succotash with Spanish braising ingredients and Southern BBQ. The scallop pintxo uses Southern asador-grilled vegetables, sweet corn purée, pickled strawberries and butter-seared scallops. 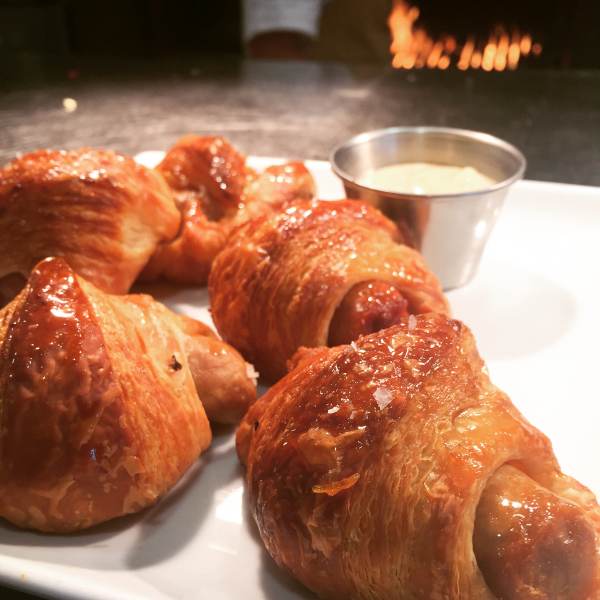 A fun play on a Southern classic with Spanish sausage—Chistorras in a blanket.

Raul, the asador station cook, is calm and composed, thought working with the most expensive ingredients in the restaurant and a live wood fire. The Spanish asador is an adjustable grill that needs to be elevated when new wood is added to the fire to alleviate the rush of smoke. Raul builds a frame for his fire with new logs as the embers in the center starts dying back. Whole fish, chuleton (bone-in ribeye), lomo (pork loin), octopus, as well as many vegetables get the benefit of this huge asset at Cooks and Soldiers. The asador sets this pintxos bar apart by bringing the full Basque country dining experience to Atlanta. 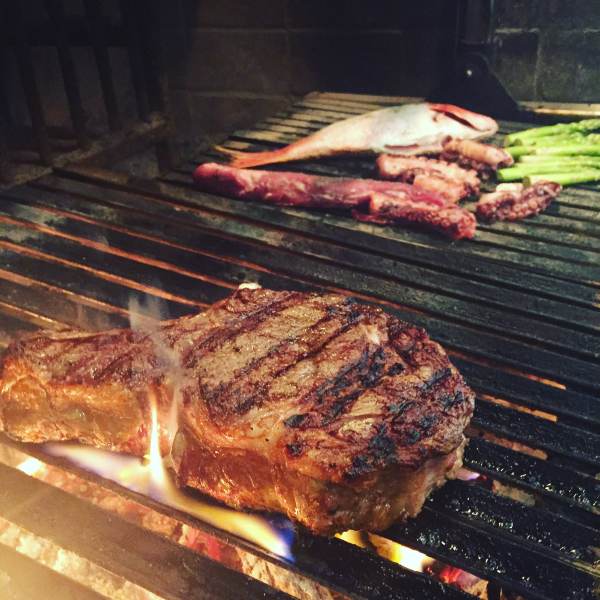 The asador, Spanish grill, program at Cooks and Soldiers is something to behold! 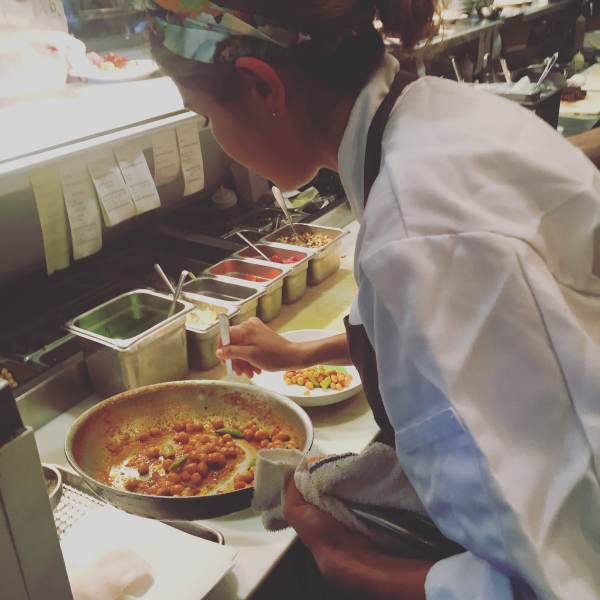 Cooking and plating during service with the chefs and the cooks on the line was a great experience. Having an opportunity to catch up with friends and build new connections is always the best part of staging, and at Cooks and Soldiers it felt as though we knew everyone. It was great to see the passion for Basque culture and food expressed by cooks who want to provide the best experience.