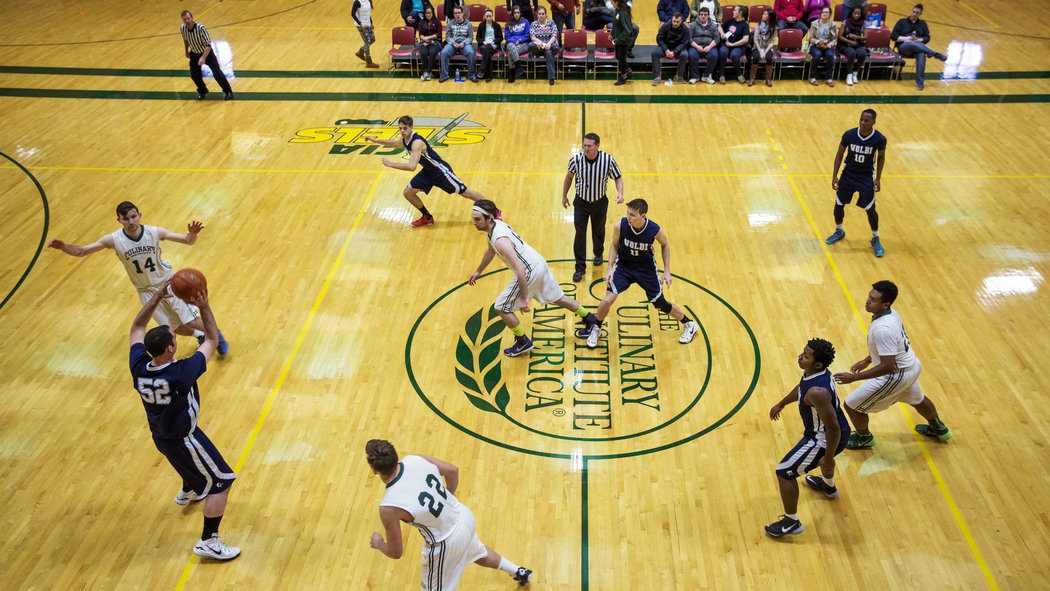 The basketball team’s starting center missed the home opener because he had to work at Bocuse, the on-campus French restaurant. A 19-year-old woman was a frequent starter at striker for the men’s soccer team. And two years ago, the star of the women’s cross-country team missed out on a fourth straight conference championship because the school’s rolling enrollment schedule meant she graduated two weeks before her final meet.  Read the full story >