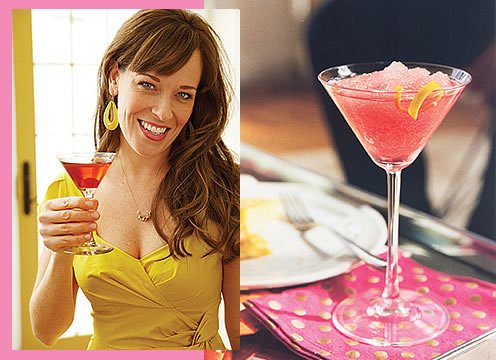 A Career for Life: Creating a Lifestyle

“There are so many options outside of restaurants for culinary professionals. If creativity is what first tempted you into the kitchen, I encourage you to explore the many artistic outlets available in the culinary arts.” These words, spoken by lifestyle and media expert Maureen Petrosky ’99, could be considered the maxim of her entire professional life. The author of two books, she is also a professional chef; instructor; food stylist; former contributing editor of Bon Appétit; creative consultant for The Smithsonian and NIKE; writer for The Kitchn, an online lifestyle site; editor of makerlifestyle.com; television personality; and successful lifestyle “guru.” Maureen might be called an entrepreneur, but she just sees herself as creative, savvy, and flexible in her approach to work—carving out a career that satisfies her interests, talents, family, and personality.

It all began after she received her bachelor’s degree from Villanova University. Always drawn to the culinary world, she decided she just had to come to the CIA. “The PLY program at the college was just fabulous for me,” Maureen explains. “It immersed me in one topic at a time and I was able to retain so much information.” But her classes were only part of what shaped Maureen’s future. She took advantage of everything. She was a tour guide, which taught her people skills. Thrived in her front-of-house course, where she built her confidence. Helped start the Brewer’s Club, which tapped into her entrepreneurial spirit. Became an MIT in American Bounty, which taught her leadership. And worked in the Publishing Department on campus, where she learned what went into a good recipe and a great book. All these things gave her the confidence to create the externship of her dreams—at the Food Network, no less!

At the time, the Food Network was not an externship site for the CIA. But Maureen and classmate Megan Collmeyer ’99 pressed on and got the externship site approved. There has been no stopping her since. Her work life has evolved as her interests and the media have changed. Sometimes serendipity played a role in the direction of her career, like when she was teaching in Atlanta and someone from CNN came into the classroom offering her the opportunity to go on TV and demonstrate how viewers could open and pour their bottles of New Year’s Eve Champagne. From there, her television career blossomed. Her consumer-friendly segments can be seen on NBC’s Today show, where she offers quick and fun ways to have everything from a kid-friendly New Year’s Eve Party to making red, white, and blue drinks for July 4th celebrations.

Her most recent occupation has been writing her new book, The Cocktail Club, the second in her “Club” series. Following the format of a book club, Maureen offers a month-by-month look at a specific spirit. For example, May is whiskey month, so besides the classic Manhattan and Old Fashioned recipes, Maureen walks her “club members” through making new libations like the Kentucky Corpse Reviver and the White Peach Julep. Each chapter suggests complementary finger foods that pair beautifully with the drinks. The book is gorgeous (see page 25), beautifully organized and photographed, and filled with information and lifestyle tips.

Maureen was asked to participate at the CIA’s first Beverage Symposium, held on the Hyde Park campus. She was a natural choice, not just because of her book, but because she holds a certification from the Master Court of Sommeliers. She loved having the opportunity to discuss the growing trends in beverages at her alma mater. It was just one more opportunity in a career that fits the style of her life.

« Executive Chef as Educator at Colonial Williamsburg » CIA Alumni in the News, September 2015