The Other Culinary Arts: Cookbook Writer 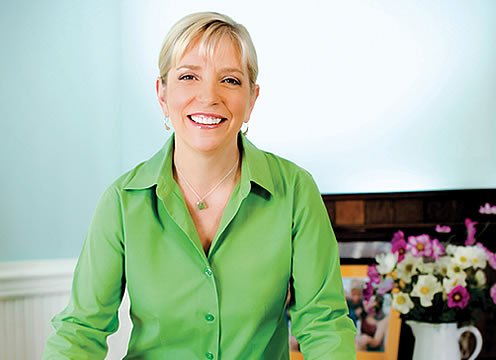 Everyone knows who Sara Moulton ’77 is. Starting in 1996, she was the face of the Food Network on her daily show, Cooking Live. Her goal was always to be the “kitchen shrink, the fixit person” for home cooks, helping them get dinner on the table for their families. Her name became synonymous with excellence, warmth, and accessible recipes. Her show was so successful that she was approached to write her first cookbook. “They told me, ‘this is your time, make the most of it,’” Sara explains. “And I was plunged into the world of cookbook writing.”

[youtube]https://youtu.be/T453IHlrs0I[/youtube]She certainly had the culinary chops to write a book. Sara had spent seven years working in high-end kitchens in Boston, France, and New York City. For 25 years she worked at Gourmet magazine, first in the test kitchens and then as executive chef of the magazine’s dining room. She started her television career working on the PBS show Julia Child & More Company. Her friendship with Julia Child opened the door to a stint on Good Morning America. From there, it was on to the Food Network, where she produced 1,200 episodes of Cooking Live and then 300 episodes of Sara’s Secrets. She is now in the fourth season of her PBS show, Sara’s Weeknight Meals.

Sara believes when writing cookbooks you have to consider your audience, your topic focus has to be crystal clear, and your organization has to be akin to mise en place on steroids!

This approach has served Sara well. She has written three cookbooks—Sara Moulton Cooks at Home, Sara’s Secrets for Weeknight Meals, and Sara Moulton’s Everyday Family Dinners. All have been hugely successful with her loyal audience.

Sara believes that the traditional reason for buying a cookbook is long gone. “People can choose from thousands of recipes on the Internet,” she says. “The cookbook of today is more of a book you read, peruse, and enjoy in much the way you do a novel. That is why telling a story and writing well is so important.”

« The Other Culinary Arts: Food Designer » CIA Alumni in the News: October 2015