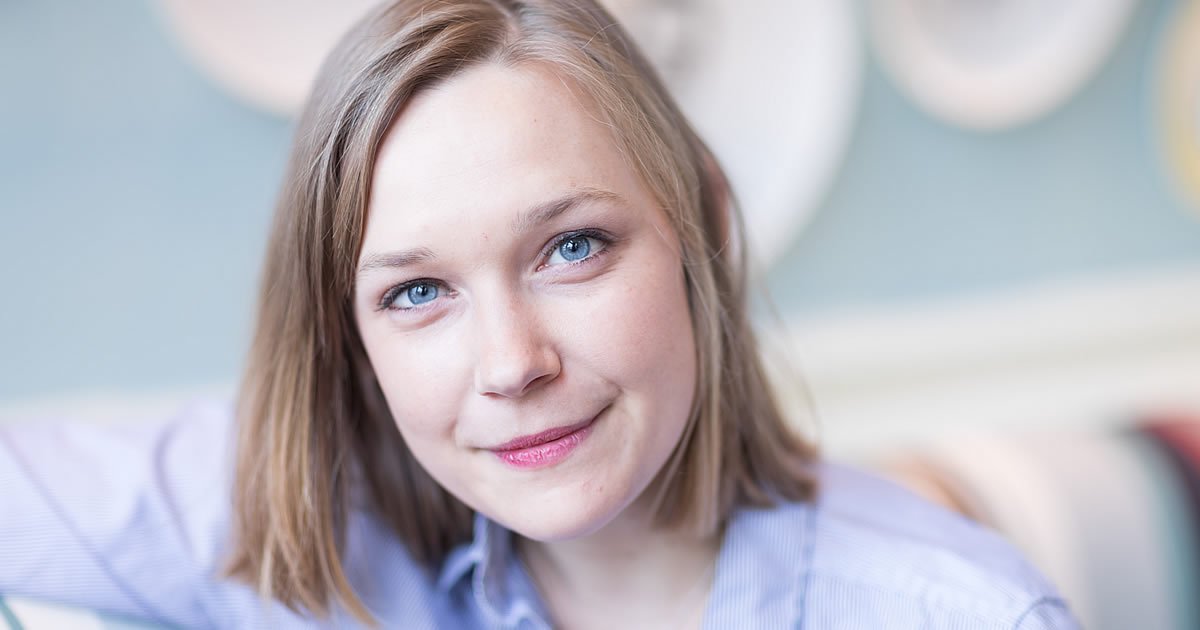 “If you’re serious about food, go to CIA! It’s worth the money, it’s worth the time, it’s worth all of the moments that you are pushed to your limits and out of your comfort zones. This has not been an easy journey by any means, but I wouldn’t go back and change it for the world.”

How did you become interested in food?
Ever since I was a little kid I’ve loved to eat. Between stealing sprinkles from the cabinet or sneaking frozen Krusteaz pancakes from the freezer, I was constantly snacking on things. As I got older, food became more fun and interesting. I grew up watching Alton Brown’s Good Eats with my mom all the time, and that was when food became something I could create on my own as long as I knew how the ingredients functioned.

Do you previously have a degree from another college?
Yes. Double major, BA in Film and Media Arts, BA in Advertising from Southern Methodist University in Dallas, TX.

Why did you choose the CIA?
When I decided to change careers from the entertainment to the culinary industry, it was not an easy moment. There were a lot of sleepless nights and I had a lot of explaining to do to different people, primarily my family. I was originally going to go back to Minnesota and try a local college to “test out” my dreams of going into the culinary field. However, it was my parents who said, “No, no, no. If you’re really going to do this, you’ve got to go to the best of the best. Where is that?” I told them without hesitation that the CIA was the best. I enrolled later that week.

How have scholarships and/or grants helped you reach your goal of getting a CIA education?
Hugely! As a career changer, I had some funds, but the fact that I received the scholarships I did allowed me to really pursue a degree here. Furthermore, I’ve gained additional scholarships since coming here that have helped me save up for after I graduate.

What do you like best about the CIA?
The chefs! Hands-down, every chef-instructor I’ve had has been incredible. Furthermore, I think that getting to know them throughout class has been essential to many opportunities I’ve had during my time here at CIA. Working for continuing education and participating in the On Point Challenge are just a couple I can think of off the top of my head.

Do you belong to any clubs or participate in any activities on campus?
With a constantly changing schedule (especially during the second year), it’s a bit harder to commit to something at the same time every week, so unfortunately my extracurriculars have dropped this year. In the past, I’ve written for the Digital Media Group, as well as worked with continuing education and in the Apple Pie Bakery Café.

What is your favorite dish to make?
Chicken Pot Pie in a Pumpkin. It’s something my mom makes and the best is when we make it together. We make the chicken stock from scratch and the entire filling. It’s actually served in a pumpkin that we scrape out and lightly season.

How has your CIA education prepared you for the business side of food?
Honestly, I think the back-of-house and kitchen classes that we have teach students the most about it. It’s not just an Excel spreadsheet with estimated numbers; it’s really hands-on learning. I think that’s the best way to learn in this industry—to see exactly what an edible portion looks like by a professional and a novice, and how that impacts food cost. It makes me a lot more cautious in the kitchen when I think about it that way.

What is the best lesson you’ve learned while at the CIA?
Humility and confidence need to go hand-in-hand in the kitchen. You can’t have too much of one or the other. Often I don’t have enough confidence in myself and it slows me down or causes me to make silly mistakes. However, I know of others who are too confident and the same happens to them. There must be a good balance of an ability to learn from others while having confidence that you can succeed.

What are your career goals and how will your CIA education help you get there?
Short-term, I’d like to continue my education and keep absorbing as much as I can. Last semester I fell in love with wines and I’d like to further explore that world.

Ultimately though, I’d like to find a way to give back to my community by opening a café where kids and adults with special needs could work. I want it to be a safe and fun environment where they learn a skill as well. Right now, I’m thinking about doing this concept with a bread bakery. Bread specifically because it’s something that’s pliable, and it doesn’t require an extensive amount of heavy-duty, dangerous equipment.

What advice would you give to a new student or someone who is considering attending the CIA?
If you’re serious about food, go! It’s worth the money, it’s worth the time, it’s worth all of the moments that you are pushed to your limits and out of your comfort zones. This has not been an easy journey by any means, but I wouldn’t go back and change it for the world.