Simply Jules: The Making of the Halloween Hacks Videos 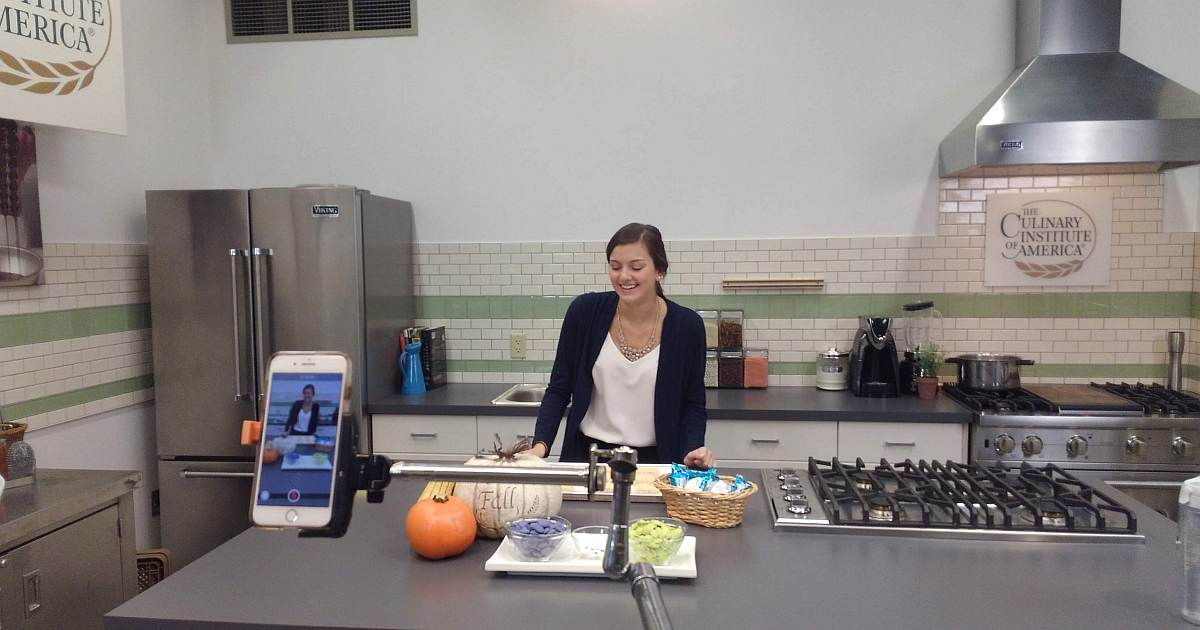 As you may or may not know, I have had the opportunity to film televised baking segments with my local news program, Connecticut Style, since I was in 7th grade. It initially began with a wild thought I had to go out on a limb and e-mail one of the anchors simply to see if they could put the name of my blog on their website. I did it with the intention of possibly gaining a little larger audience beyond just my family and friends. I have always had the “it doesn’t hurt to try” mentality, and knew the worst thing that could happen would be that I would not get a response. Well, what do you know, the next day I received an e-mail back telling me they would put me on for my own segment. Shocked—I was a seventh grader with absolutely no public speaking, never mind television, experience—I vividly remember calling my mom while I waited for the school bus and telling her “Uhhh…I think these people want me on TV.”

From that point on, I became increasingly more comfortable in conveying my ideas on camera. I still laugh when I look back at my first segment as a nervous fourteen-year-old. The staff at CT Style has helped me in so many ways, and they are truly a great group of people. In watching my progression over the course of seven years, I have been able to learn from my mistakes and become more self-aware. I am no professional; simply a girl who likes to talk (and eat, of course).

That being said, when I came to the CIA, I had a little dream to do something very similar here. As luck would have it, I stumbled upon an opportunity to partner up with the Digital and Online Media Department and utilize the set kitchen to create my own segments. My intentions are to keep these videos simple and provide little ways that anyone watching could take something away from. Also, in being a hospitality management student, I may not do everything “by the book,” but I hope that my approachable and fun ideas will transfer and offer viewers some inspiration.

My first series, “Halloween Hacks,” has been a great learning experience. Alongside my boss and “producer,” Josh, we have created the concept, developed each recipe/hack, filmed, and edited, all within the several two-hour windows of time my schedule allows each week. We are learning as we go, with this entirely new series for the CIA. A couple of intentional choices we have made along the way include filming vertically and creating items that need little to no prep. We chose vertical filming (which has proved quite the daunting task) due to the fact we are aware most of our viewers are watching via smartphone. Believe it or not, this orientation of the camera is actually trending. It has been a challenge because we need to film on a phone, making use of the tripods we have, which are not exactly compatible. Using everything from rubber bands to more than one tripod, we have managed to make it work. It was also important that we choose treats that require minimal prep. For each segment, we must meet, gather ingredients, walk across campus to reach our filming destination, set up, get the camera situated, film, clean up, and retreat to home base—all in a two-hour time period that I have before class.

It has been such a fun experience so far, and I look forward to creating videos for the upcoming holidays! You can check out my Halloween Hacks here:

Jules Esposito
Jules is a student in the CIA's brand new bachelor's in hospitality management program. With a love for travel, eye for design, and an appreciation for food, she aspires to become an event planner bringing people's visions to life.
She shares her passion through her blog, Simply Jules, as well as working in the college's Digital & Online Media department as a student assistant.

Latest posts by Jules Esposito (see all)
« Simply Jules: A New Normal » My Internship at McCormick – Bring on the Future!