The Secret Life of CIA Chefs 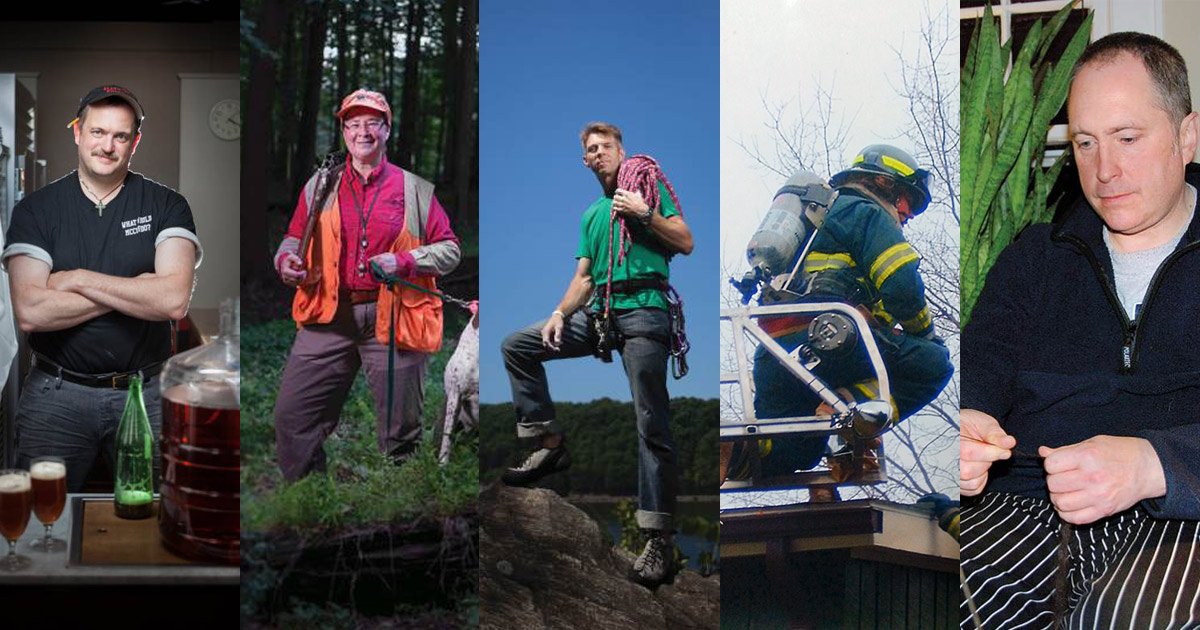 What secrets do our world-class faculty conceal? What do they fill their days with when not in a classroom or kitchen teaching? Well, the secret is out. Take a peek into the secret lives of CIA chefs and see how they bring the same deep commitment they have for their profession to their play.

One Down, Eight Across 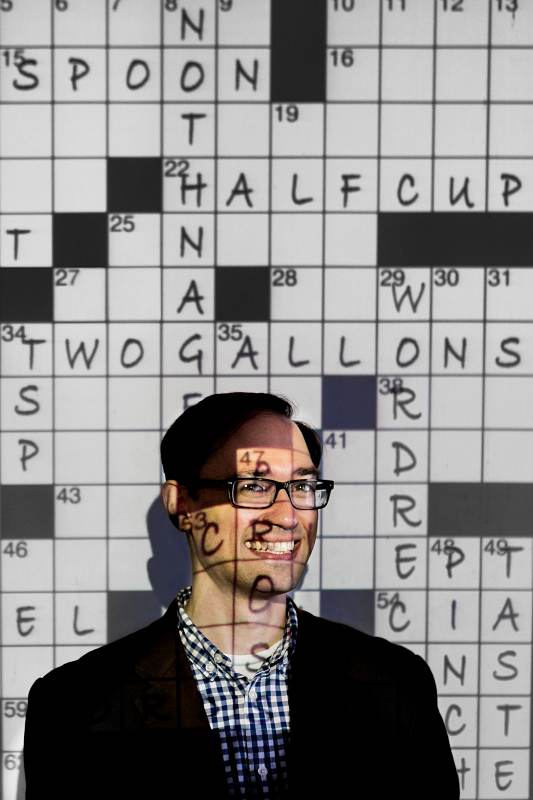 Michael teaches mathematics, and numbers are his game…or so you’d think.

But he is equally in love with words. In his spare time, Michael constructs crossword puzzles. He uses his ordered and mathematical mind to structure them and then applies his mastery and manipulation of language to make them funny, punny, and a little bit edgy. Solvers love his puzzles.

For the past dozen years, Michael’s creations have appeared in The New York Times, the Los Angeles Times, The Washington Post, and Games magazine. He’s even had his puzzles used as challenges at major crossword tournaments. Inspiration comes to Michael from everywhere. He might be walking down the street, see something interesting, and an idea is born. Or, he might overhear a word or phrase that sticks with him. No matter the origin of his ideas, Michael knows that great ingredients make for a good puzzle. And like a chef who enjoys watching customers savor his creation, Michael takes great pleasure in knowing that people are having fun solving his puzzles. 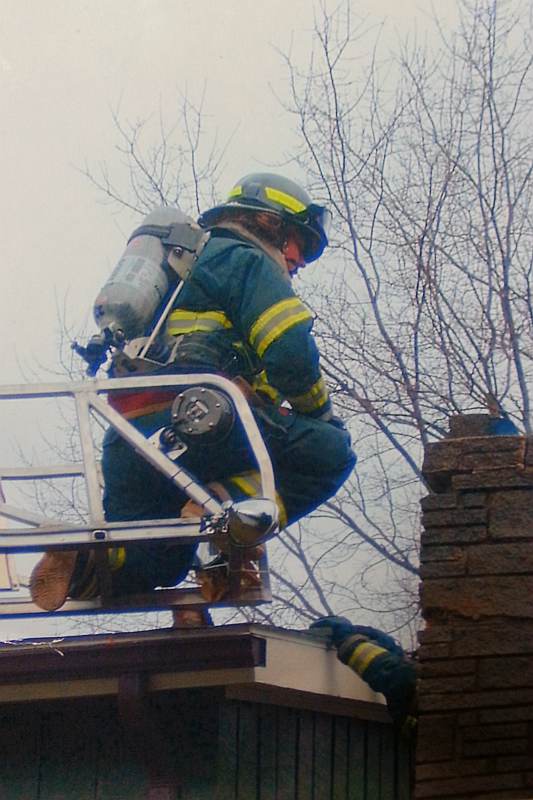 She’s as comfortable walking a confused student through a complex culinary science experiment as she is escorting a terrified person down a fire engine ladder away from a burning building. Marisa Monaghan is a woman of seeming contradictions. She’s a genuine science “nerd” with a taste for adrenalin-fueled moments.

During her days as a student at SUNY Cortland, where she studied anatomy and physiology, Marisa was part of the campus rescue EMT team. More often than not, they’d end up responding to on-campus drug- and alcohol-related emergencies. Her subsequent invite to join the Cortlandville Fire Department came with the stipulation that she qualify for New York State Firefighter 1 status. Once she did, Marisa could go out on any call, either fire or medical emergency, and do what she liked best—be there for someone who is afraid, hurt, and needs comfort.

For the past 10 years, Marisa has been a member of the Rhinebeck Fire Department. She currently serves as vice president of the entirely volunteer force that works closely with the Village of Rhinebeck Board to provide services for the local community. Teaching, firefighting, and rescue work all require enormous focus, skill, and enthusiasm. But no matter what “job” she is doing at the moment, she is always providing an essential service to the people she is helping.

Hopped Up on Home Brewing 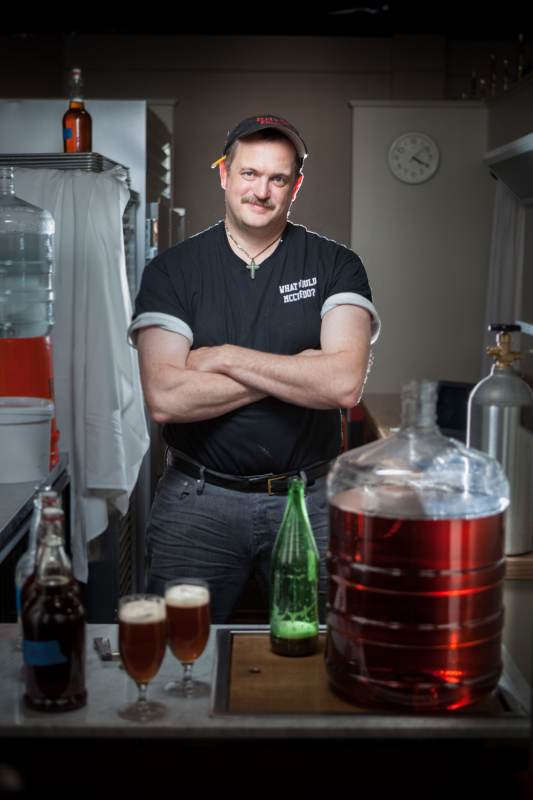 It wasn’t until he was a student in the CIA’s Wine Studies class that Associate Professor Dave McCue ’93 had his eyes opened to the world of beer. Yes, beer, in a wine class. He’d had no idea that a glimpse into the vast world of beer would ignite a passion and personal fascination. He started brewing with a “Mr. Beer Kit”— designed primarily as a gateway experience for newbie brewers. He describes how he carefully followed the directions, added the malt, and ended up with 2½ gallons of truly middling brew. While the beer might have been indifferent, Dave certainly wasn’t. Today, after much practice and success, Dave’s passion is seasonal brewing. He finds that Mother Nature produces the ingredients needed at just the right time. For example, Dave grows butternut squash and sage in his home garden during the summer so it is ready at the ideal time for him to brew his Thanksgiving beer. He believes brewing and being a chef have much in common. He applies his chef mindset of meticulous execution to the ancient craft of fermentation and enjoys his perfect leisure-time diversion! 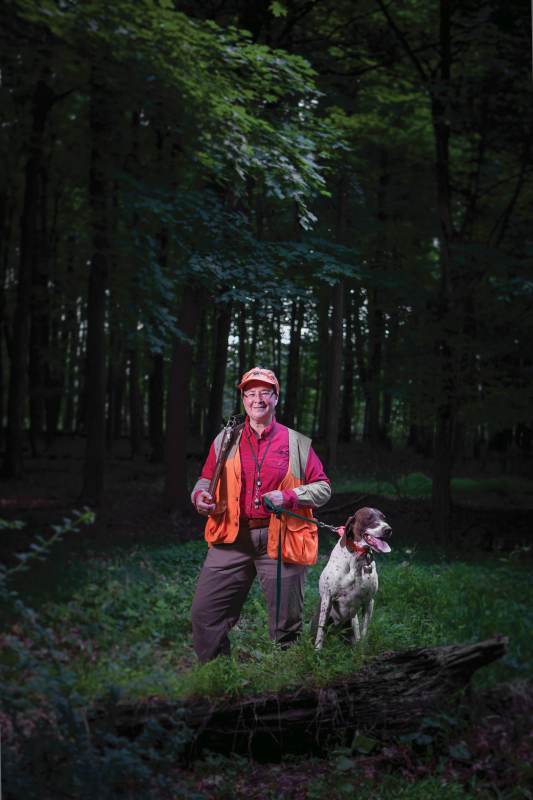 Cynthia Keller took a long time falling in love with wild bird hunting. In fact, it took her 16 years from the occasion of her first hunt to the day she bagged her first woodcock. She spent many seasons with husband Michel at the Little Westkill Conservation Club in the Catskills. They were in search of pheasant, grouse, woodcock, and rabbit to grace their dinner tables. Cynthia never hunted, but would forage for the wild mushrooms, thyme, rose hips, apples, pears, and quince that would be cooked with the game. A nod to terroir. On her very first foray as a full-fledged hunter, Cynthia was walking along with her German Shorthair Pointer, when she amazingly nabbed the famously elusive woodcock on her first shot. She attributes her success to the qualities of patience, responsibility, intense focus, passion, and, ultimately, mastery. Cynthia believes that these same qualities and expectations of self are imperative if a chef wishes to rise through the ranks and become excellent in their field—whether that field is in the kitchen or in the forest.

Fearless Focus in All Things 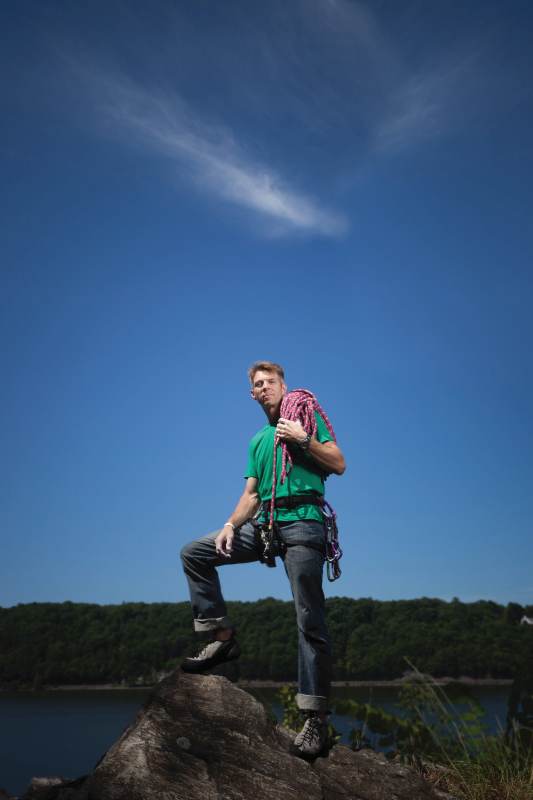 Every summer morning of his childhood, you’d find Sean Kahlenberg and his grandfather swimming side-by-side in the ocean off the coast of Wollongong, Australia. That daily ritual was intended to ensure that Sean became a strong swimmer, and a fearless one—there were sharks in those waters! In winter, Sean and his friends would head to nearby Mounts Keera and Nora to take advantage of the ranges’ 436 rock climbs. Strength and fearlessness were qualities required there too. Now teaching at the CIA, the Shawangunk Mountains are right outside his back door. He firmly believes that the skills he must possess to rock climb are the same ones he needs as a chef. Sean often tells how once when climbing a piece of rock broke free in his hand. He carefully leaned forward into the mountain and gently replaced the rock on the ledge. Rather than panic, he called upon his preparation, focus, and inner quiet to complete the climb. 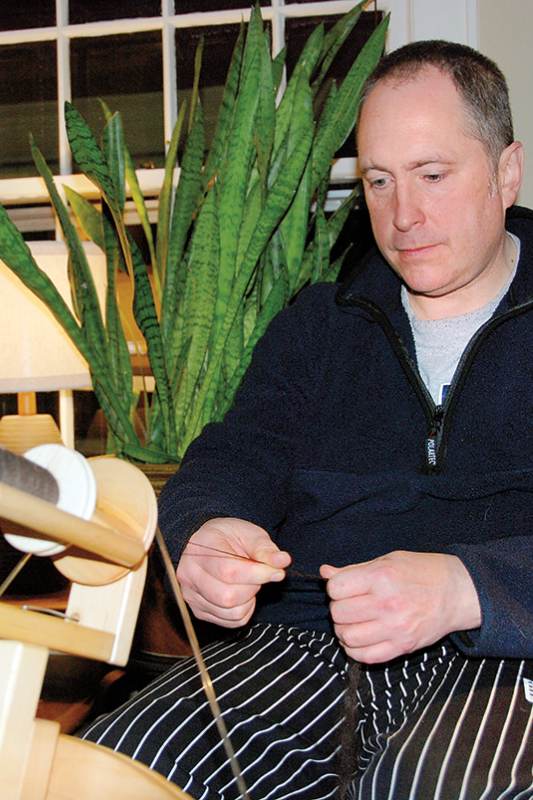 Hearing that John Fischer is into “spinning,” you might envision him pedaling away on a bike in an exercise studio, working up a sweat to bass-heavy, rock music. But you would be wrong. John is a spinner of wool. His hobby started when he accompanied his wife Nathalie, an avid knitter, to the Dutchess County Sheep and Wool Festival. John unexpectedly became entranced with the wool spinning demonstration. He investigated and found a spinning guild in nearby Red Hook, NY. The vice president of the guild took John under her wing and tutored him every Tuesday for several months in this old-fashioned art. He became her star pupil. He explains, “Once you’ve figured out what it’s supposed to feel like, spinning, like cooking, requires ‘touch.’” Though John is comfortable participating in a hobby enjoyed mostly by women, he firmly states, “To retain my manhood quotient, I often spin while drinking beer and watching football.”