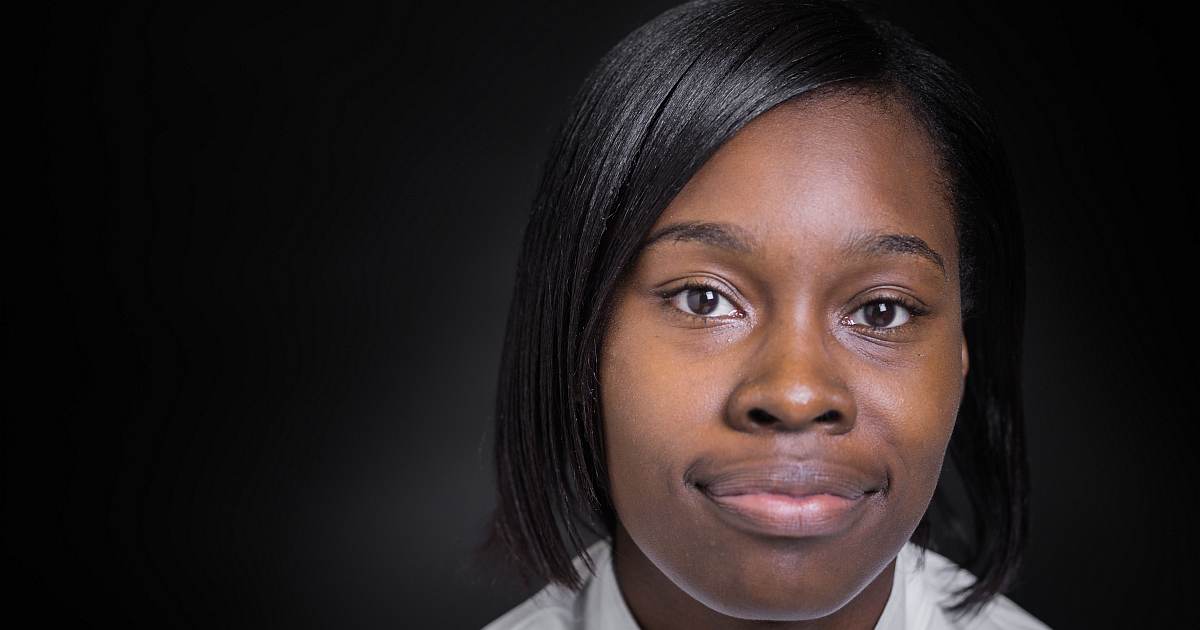 Roshara Sander’s mother worked three jobs to provide for her family, all of them in foodservice. Her daughter took notice of her mother’s work ethic and love of the work she did. Roshara wanted to emulate her mother and made a promise to herself to work hard, push forward, and follow her dreams. “Mom was always in the kitchen, even on her off hours. She just loves to cook,” laughs Roshara, owner of Alkhemy, LLC, a culinary research and development company. “Cooking was Mom’s calm. I wanted that.” The pair spent many happy hours in the kitchen together and Roshara’s love for food blossomed.

At the age of 15, Roshara was accepted to the Bullard-Havens Technical High School where her culinary teacher and mentor, Chef Craig Voytek ’76 said, “I think you have what it takes to pursue a career as a chef. You should go to the CIA because they know how to make successful chefs.” Roshara applied and was accepted. “I think it was Chef Voytek’s letter of recommendation that got me in,” she says. However, there was one hurdle that was too big to overcome: the cost of tuition. Roshara’s dream of attending the CIA seemed to be slipping away. Undeterred, Roshara found another way; by first proudly serving her country in the United States Army.

Deployed to both Iraq and Afghanistan as a member of the 4th Engineer Battalion, Roshara returned stateside to cross trained as a food supply specialist with the 395th Combat Sustainment Support Battalion. “I was passionate about cooking,” Roshara says, “and I prepared meals for 500 soldiers, three times a day, in shifts around the clock. If it weren’t for the GI Bill I wouldn’t have gone to the CIA or any college for that matter. It was a blessing and it made my dream a reality.”

Every Chef is a Mentor

Roshara’s transition from soldier to student was a relatively seamless. “Every chef I met became a mentor and I’m still in contact with many of my instructors,” says Roshara. There was no question of Roshara going on to pursue a bachelor’s degree in culinary management. “I felt if I stopped at the associate degree, I wouldn’t continue to grow. And with the bachelor’s degree I’m more marketable in the foodservice industry. At the CIA, I learned how to be a professional leader and acquired the necessary skill of networking with the help of the Career Services department and job fairs on campus,” Roshara says. “In this industry, networking is everything. Every step of my career has been the result of networking and now I’m a part of a worldwide CIA alumni network that is 49,000 strong.”

After graduation, Roshara carefully plotted a course of personal and professional growth. She worked at the Union League Café in New Haven, CT, as well as at Maplewood at Strawberry Hill Senior Living and Guckenheimer—a premier on-site corporate restaurant management and catering company—both in Norwalk, CT.

In 2016, Roshara was named a celebrity ambassador for Habitat for Humanity International. She worked with Habitat partner Whirlpool Corporation creating two original recipes for Habitat families to enjoy. Whirlpool donates a refrigerator and range for every home built in the U.S. and Canada, impacting 104,000 families.

In 2018, Roshara signed a partnership deal with consumable goods manufacturer, Microfoodery, for a line of products bearing her name. In October 2018, Roshara was recognized by Forbes magazine as an Overachiever Under Thirty and NBC Top 28 African American Entrepreneurs in the Nation. She was invited to present a feature dinner at the prestigious James Beard House in New York City in November of 2018 in honor of Veterans Day. In 2019, Roshara was a featured chef at the 2019 South by Southwest Festival.