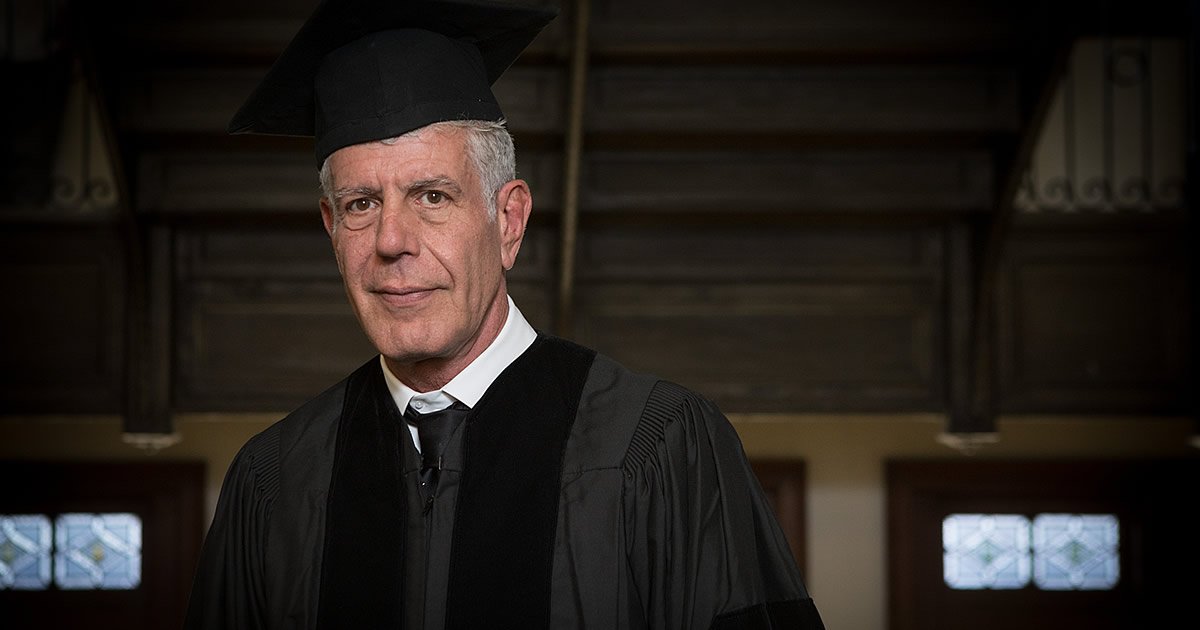 Today we celebrate the life of CIA alumnus Anthony Bourdain ’78.

He was one of a kind: a world-famous author, TV personality, and chef who opened the world of food to millions through his brilliant storytelling. In addition to his global travels, Chef Bourdain often came to campus to speak with students about food and world cultures, his career, and the importance of authenticity in being a chef.

In December 2017, he returned to his alma mater to deliver the commencement address to graduates—and the CIA awarded him the honorary degree Doctor of Humane Letters in Culinary Arts. The college celebrated his legacy in 2019 by dedicating the main hallway of Roth Hall on the New York campus in his name—Les Halles D’Anthony Bourdain. Two of his dearest friends, chefs Eric Ripert and José Andrés, joined with the college earlier that year to launch The Anthony Bourdain Legacy Scholarship for CIA students.

And so we pay tribute to the man who was truly an inspiration to our students, and to everyone in The Culinary Institute of America family…

« 10 Lessons I’ve Learned in 1 Month at the CIA » Business, Management, and Hospitality: Q&A with Jerry Fischetti ’78