Home » Student Bloggers » My Weekend in Tuscany: Pasta, Flowers, and the Duomo

My Weekend in Tuscany: Pasta, Flowers, and the Duomo 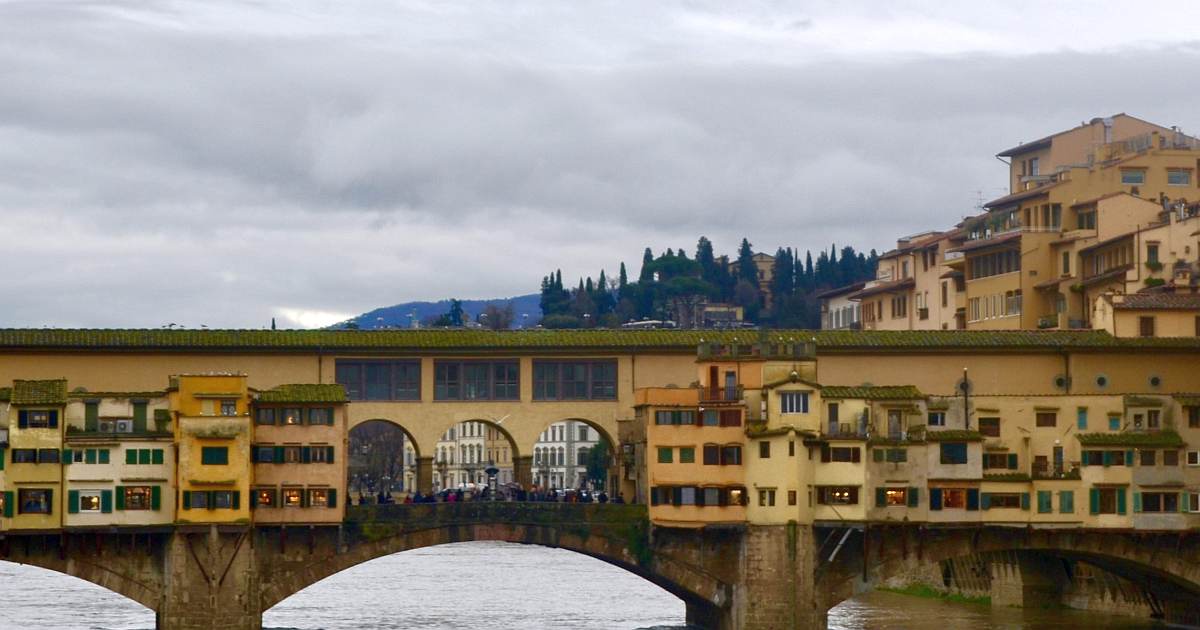 It almost sounds as if I’m writing the foreword to a romantic story when I speak about how I went to Florence, ate pasta, and bought myself flowers. Some of that statement is true, but not all (I did not buy myself flowers).

I actually did spend the weekend in Tuscany, touring Florence and the Leaning Tower of Pisa. I’m in Italy this semester as part of the Italian Cuisine concentration. I found that Tuscany has some of the best food I have eaten here in Italy; however, the bread was a bit of a disappointment to me. It was very dense and lacked salt (I prefer light and airy with flavor). I found a small piece of history that evoked the truth of salt-less bread. During the 12th century, when Pisa was fighting Florence, the Pisans thought that blocking the Florentines’ salt shipment would make them surrender, and in fact, it didn’t. The Florentines were too stubborn to lose a war and thought it would be better to make bread without salt instead. I think maybe they should have re-thought that one. 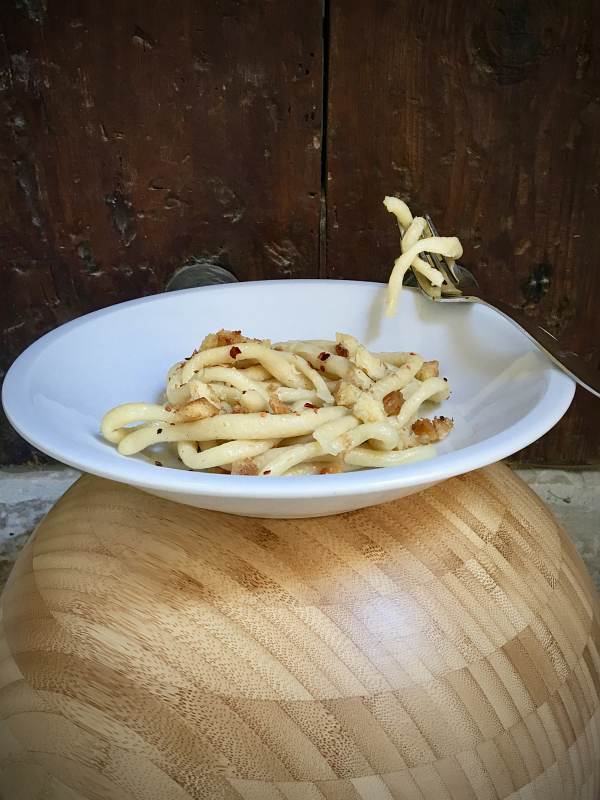 Even though the bread was disappointing, I had some of the best pasta in Florence and in class when we studied that region. I always talk about pasta and I hope you are catching on to my endless love for it. I ate my first dose at Trattoria 4 Leoni with one of my best friends from home, Katie, who happens to be studying in Italy as well. I could not have asked for a better day! For lunch, we both had beggar’s purses of tender pasta stuffed with pear and coated with a Taleggio cream sauce. Later that evening, I had large ravioli stuffed with black cabbage and coated in cinghiale (wild boar, which is so popular in Tuscany that they recognize it with a statue in the city) and a cocoa sauce. So many flavor profiles that actually worked very well together and left me wanting more. In class, we made a pasta dish called pici senesi, where we hand-rolled each strand of pasta, boiled them and served them tossed in olive oil with pepper flakes and croutons. The texture of the pasta was perfectly al dente and the crunch of the tiny, buttery croutons was ever so satisfying. 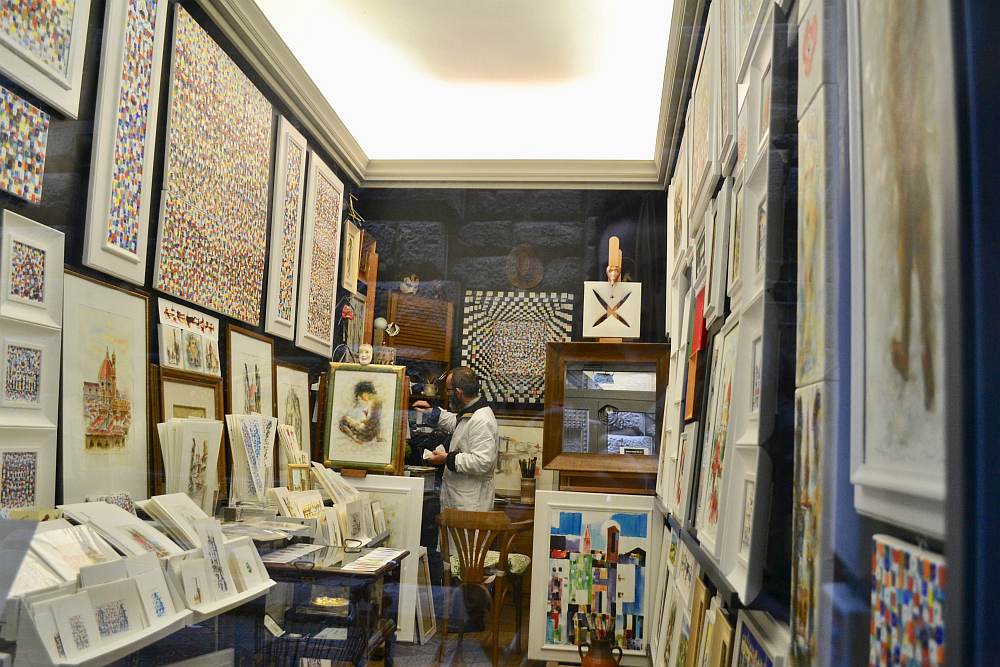 The Florentine streets have so much character. Aside from the posh clothing stores and high-end restaurants, I was reminded at every turn that this city is known for history and art. I passed a man painting in his studio, which also doubles as an art gallery. Before I could sneak a picture, he turned to me and smiled. Then there was a woman making violins in a closet-sized workshop that only she could fit in. There she sat, amidst curls of shaved wood and instrument parts, building the perfect piece of art.

As we approached the Ponte Vecchio, my dear friend Katie explained to me that during WWII, Hitler thought it best to keep the Ponte Vecchio bridge standing because of how captivating its artwork was. Once again, such a historic and beautiful thing to see and walk across, gazing at all of the gold and silver while eating mint gelato topped with whipped cream. And then, there it stood, the Duomo. I kept hearing about how beautiful it is but hadn’t a clue what to expect. There is such magnificence in this world!

Then, a quick excursion to Pisa to see the tower up close. It was much smaller than I had perceived it to be. And to be quite honest, I was more fascinated by how many people were taking photos of themselves next to the tower pretending to push it over, or hold it up. 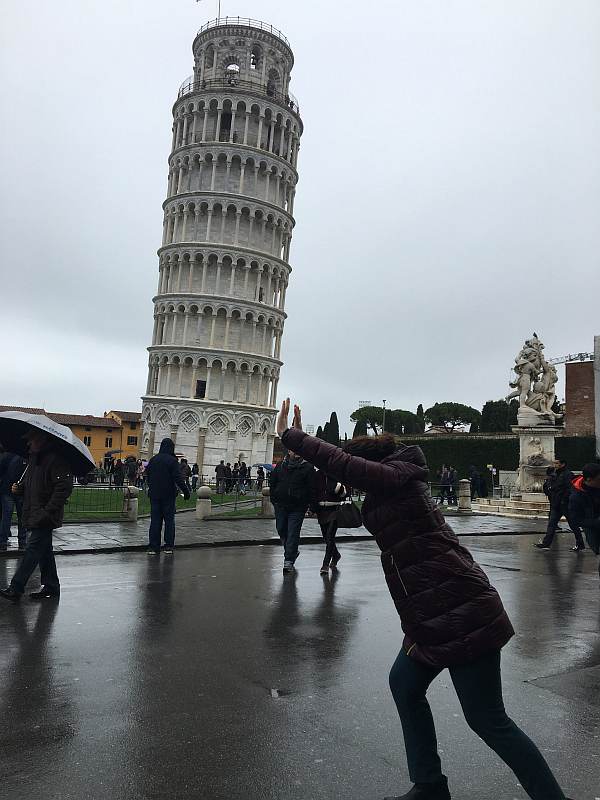 To top the trip off, I visited La Ménagère in Florence, a hip rustic, yet modern eatery that triples as a restaurant with bar, florist shop, and retail store. I went there for a Spritz Ménagère, with Aperol (a popular Italian apéritif), fresh currants, and citrus slices that lined the inside of the glass. It was so pretty and very tasty, but what fascinated me more was the florist stand with all of the blooming protea and anemone flowers. I asked the florist the name of each flower she had for sale. I think it’s the sweetest idea to have a florist shop in a restaurant. How romantic to purchase a Free Spirit rose for your date on the way in or out! After a quick breakfast with Katie, the next morning at the same place, my schoolmates and I headed back to Lecce.

A whirlwind of a weekend!

Latest posts by Francesca Zani (see all)
« News from the Hive: The Latest Buzz » R&D at the CIA: Building a Meal Kit – The Prototype