Leading Media Organizations: Tim Ryan Among the Most Powerful People in Food 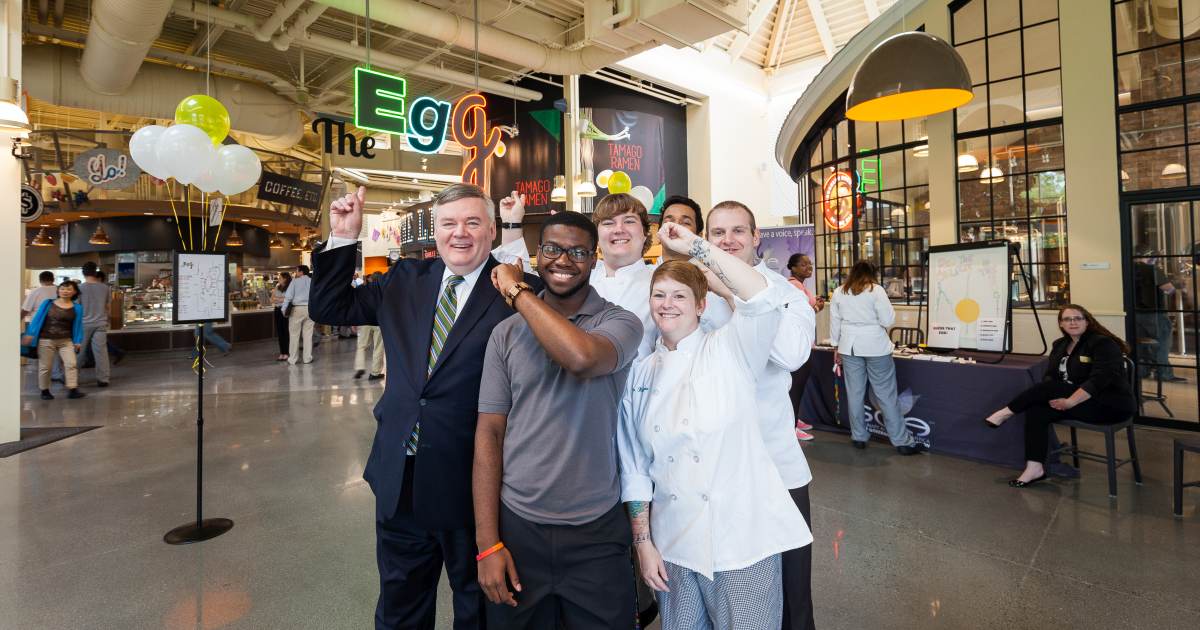 CIA President Tim Ryan is once again one of the most powerful people in the food world for 2017, according to the Daily Meal and Nation’s Restaurant News. It’s the second year in a row that both media organizations have recognized Dr. Ryan.

The Daily Meal profiles Dr. Ryan on its list of America’s 50 Most Powerful People in Food, detailing how the college has thrived under his direction. It cites the opening of campuses in Texas and Singapore, the creation of new degree programs, and the development of a brewery. This year, he is #24 on the list, which includes such distinguished figures as Oprah Winfrey, Amazon founder Jeff Bezos, and Starbucks CEO Howard Schultz. “A roster of CIA graduates or former students reads like a history of contemporary American (and occasionally non-American) cuisine,” the editors write. “[The CIA] remains the gold standard for serious instruction in the culinary arts, and Ryan just keeps pushing it forward.”

The feature about Dr. Ryan in the Nation’s Restaurant News NRN 50 Power List special issue says, “For 15 years, Tim Ryan has led what is widely considered the country’s premier culinary school—The Culinary Institute of America—and has solidified its reputation as a leading force in the evolving food landscape. . . [The CIA] has also prepared thousands of students for the broad career opportunities available to the modern chef. Realizing that chefs do more at restaurants than cook, Ryan and his staff have expanded instruction to include such diverse topics as culinary science, elder care, technology, and business.”

Dr. Ryan is one of six “influencers” on the NRN Power List, and 2017 actually marks the third time in the last four years he has been acknowledged by the well-respected foodservice business magazine.

Commenting on the dual honors, Dr. Ryan said, “It’s fulfilling to lead such an outstanding team of educators during this dynamic time in food business and higher education. There are so many opportunities, so many paths for students to take—and we are gratified to know that when they leave our college, they are prepared to lead in every segment of the food world. Our graduates are shaping the way people eat and they’re transforming the industry. That’s a great feeling for us.”

Dr. Ryan is a 1977 CIA graduate. A Culinary Olympics champion and Certified Master Chef, he also holds an advanced Ivy League degree, earning his doctorate in education from the University of Pennsylvania. Dr. Ryan returned to the CIA as a faculty member in 1982 and became the college’s fifth president in 2001.

« Where in the World are CIA Alumni? » Aphrodisiacs: The Valentine’s Day Love Potion