Latina Eats: When In Texas, Go to Austin and Cook Antojitos 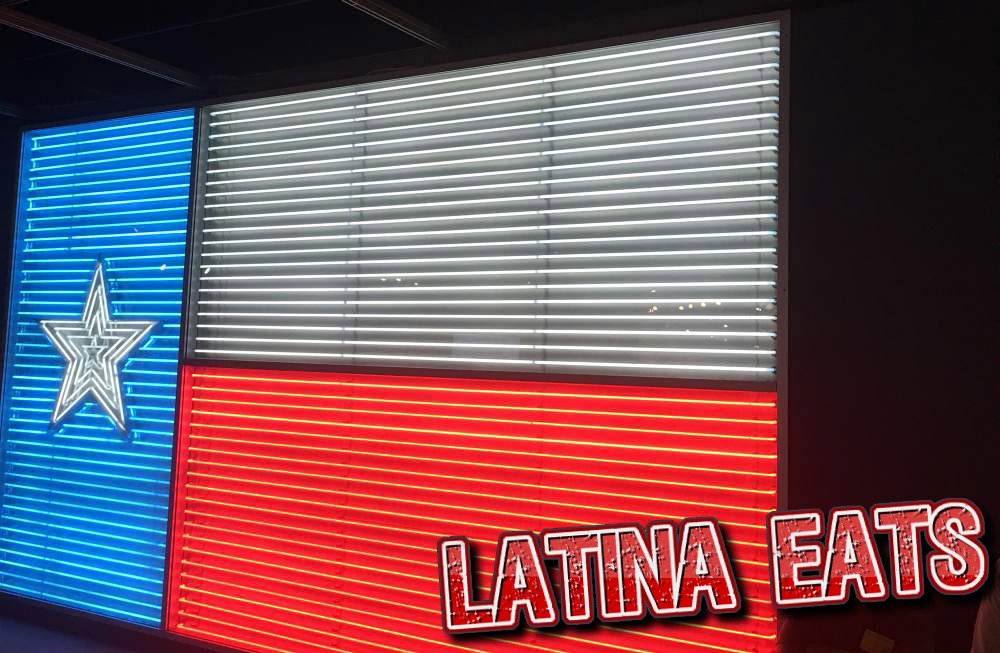 This is the sixth entry of a multi-part series by our student blogger Giselle.  Check back each week for the next installment of her experience during her semester away in San Antonio.

I’m glad that you’re checking out my page to see what the Latin concentration class has been up to! This week has been really spectacular. In class, we have been focusing on Mexico and its vibrant cuisine. In just a few days I have learned so much about the regional cuisines of Mexico and how different each state is. During our time off we had the chance to travel to the state capital, Austin—which is only one hour away. I highly recommend going there; it is an extremely hip and restaurant-savvy city, with a never-ending list of things to do. In addition to class and our mini road trip, we ended the first week of June right by going to the Texas Folklife Festival in San Antonio. Here we explored many cultural communities in San Antonio, and of course we ate a lot of food!

Finally! My favorite part of the curriculum has come…Mexico.

I’m always excited to learn in class, but this part of the curriculum is particularly special to me because it’s where my passion for cooking took root—and what made me choose the Latin concentration. A lot of what fuels my desire to learn as much as I can about Mexico (and Latin America) is the fact that it’s underestimated in so many ways. There’s no question that chefs like Enrique Olvera and Ricardo Muñoz Zurita who are shifting stereotypes about Mexican food are really revolutionizing the cuisine, transforming it, and modernizing it in a way that still respects the history and the traditions of the culture. A cuisine originally thought of as “cheap” and limited to a mere crunchy taco is now sparking interest in many people because chefs like the ones I mentioned are uncovering what has always been a rich, extremely diverse, and beautiful country that has more to offer than what many know as “regular” Mexican food. This is why the Latin concentration is so important to me. It’s important for both future chefs and customers to be aware of the possibilities and unique flavors the cuisines of the world have to offer. So with that…lets talk antojitos!

We started off the week learning about antojitos, which are the equivalent to street food found around the globe. If I had three words to describe these flavor-packed bites, it would be:  Inexpensive, fast, and soul-satisfying. These snacks are found along the streets of Mexico from vendors that are usually open really late, and they’re a go-to when you want a quick meal. And let me tell you, these are some of the best things you will eat when you go to Mexico…hands down!

I cooked an interesting recipe this week called pastes, which is similar to an empanada in that its a meat-filled pastry. This was an interesting recipe because it has a significant British influence. The filling is made of beef, potatoes, parsley, and leeks. It’s not what you would think of as a common ingredient combination in Mexico, but nonetheless, it’s a very popular food in Hidalgo, Mexico, and a delicious snack!

Our antojito studies were followed by learning about regional cuisines of Mexico. It’s amazing how different each region is. One might have an abundance of seafood, while another consumes mostly beef. Preparations of meals definitely correlate to where they are located geographically, so there was without a doubt a huge diversity of food coming out of the Latin kitchen this week! 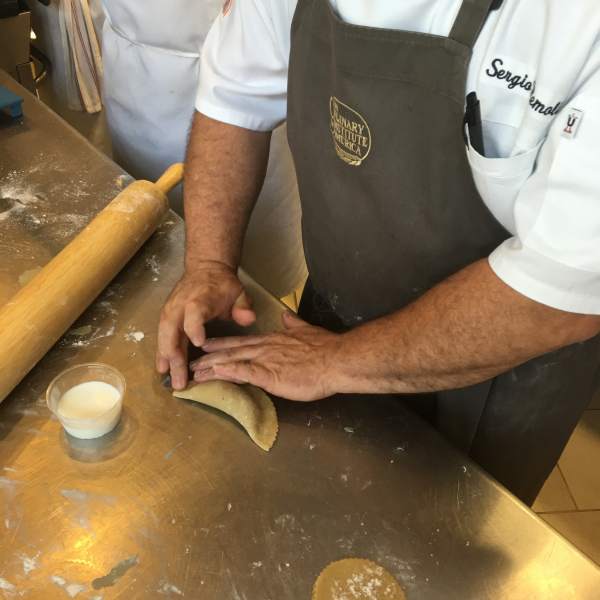 Chef showing us how to assemble the pastes 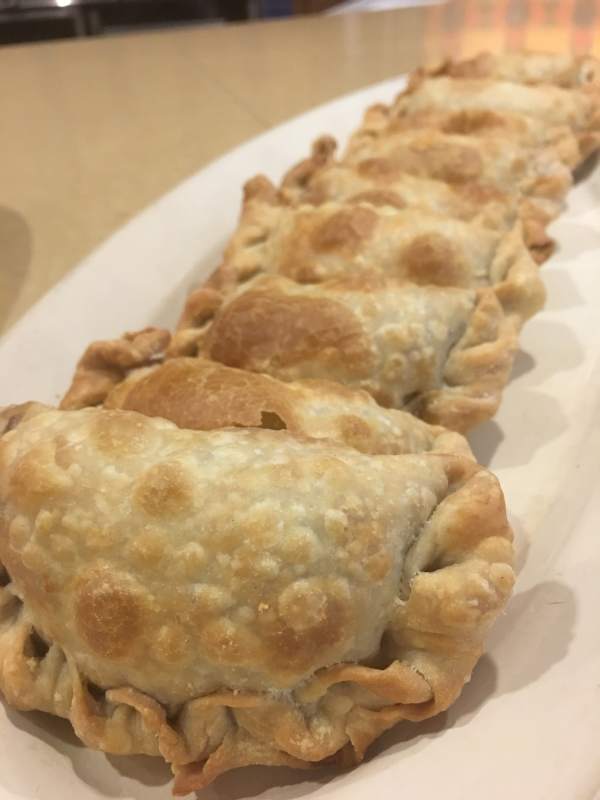 Pastes, finished and ready to devour! 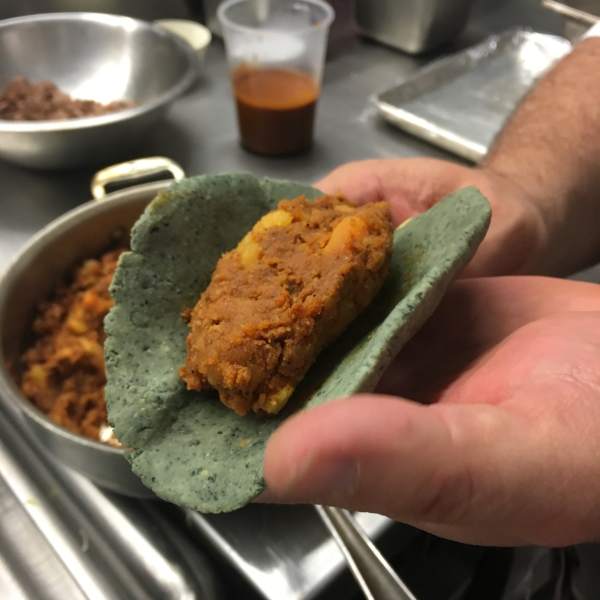 Molotes, an antojito from the state of Oaxaca. They are corn masa, filled with a savory chorizo and potato mixture. Yum! 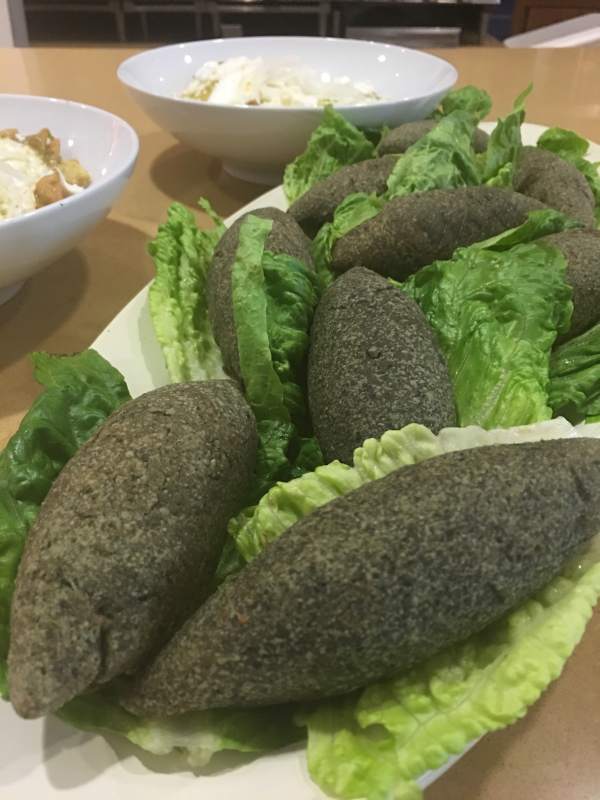 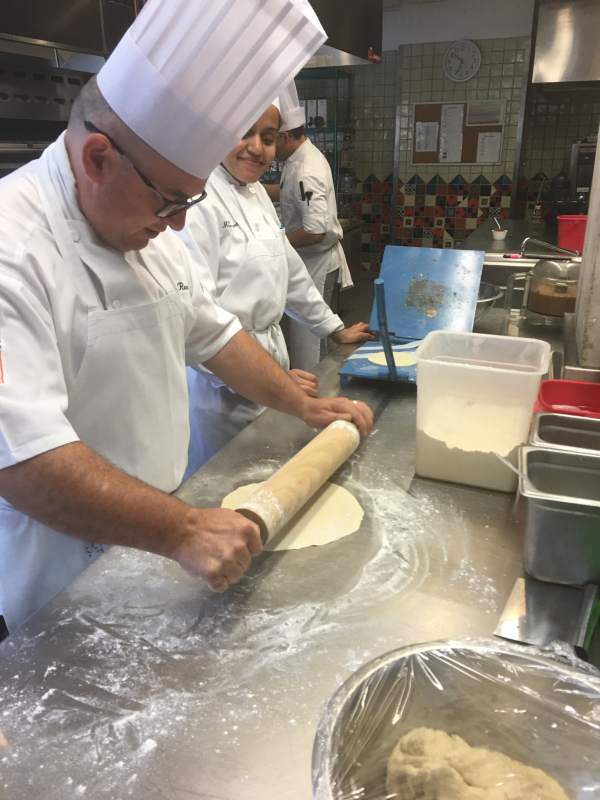 Chef showing us how to make flour tortillas 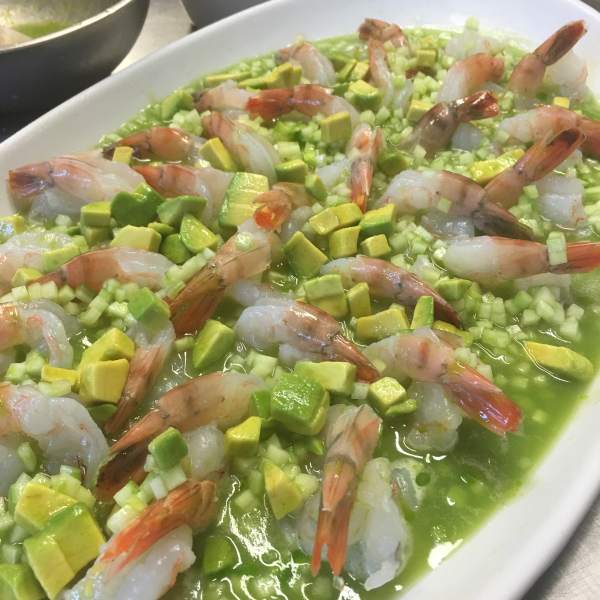 Last-minute touches on a shrimp aguachile, which is a style of ceviche that’s usually spicier than most…no complaints here. 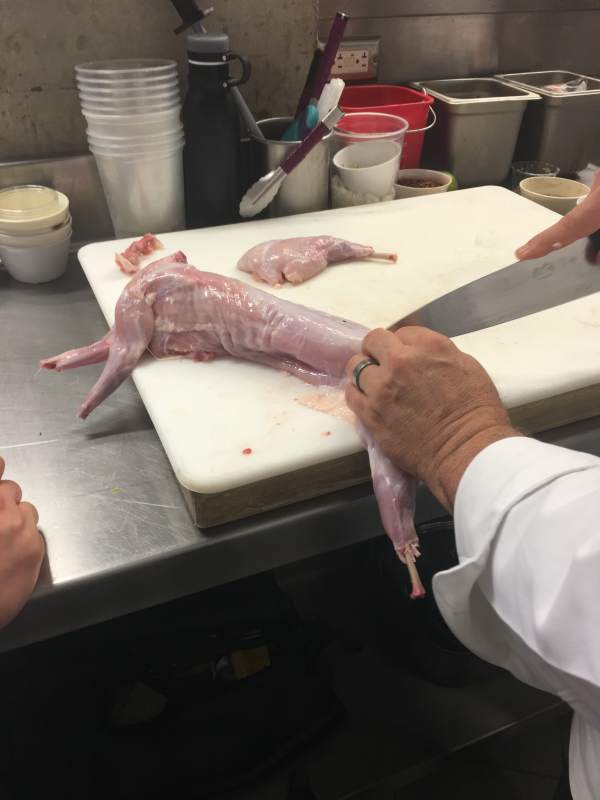 Chef Remolina teaching us how to break down a rabbit.

It’s always a good idea to take a road trip to explore surrounding cities because you never really know what to expect, and that’s the best part, right? So that’s exactly what my classmates and I did when we all miraculously had the same day off on a Friday.

Can you say “Austin”?

We had been talking about going for a few weeks since we moved to San Antonio, and it finally happened. I can proudly say that after visiting “ATX,” Texas continues to surprise me (and I’m from here!). The city had a completely different energy than any other city I’ve ever been to. It’s weird (in the best way possible), food-centric, and filled with southern hospitality. Austin definitely marches to its own drum!

My classmates and I were craving ramen so we went to Ramen Tatsu-Ya, a ramen shop opened by chefs/local DJs Tatsu Aikawa and Takuya Matsumoto. Tastu has an impressive culinary background, including the Michelin-rated restaurant Urasawa in Los Angeles. (Michelin left Los angeles in 2010, by the way.) From my previous experiences with ramen in New York City, I can say that this one ranks right up there. The flavors in the broth were completely developed and it was simply delicious. We were very happy (and very full) after our first food destination in Austin! 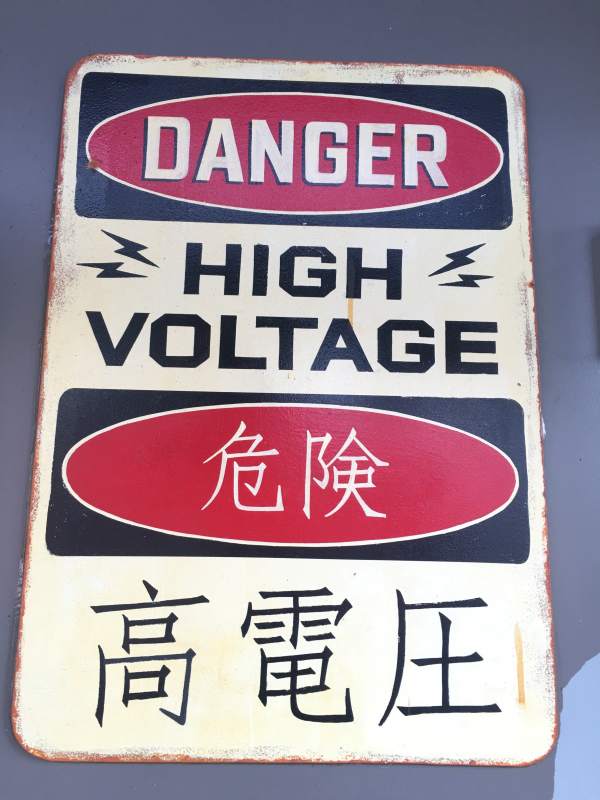 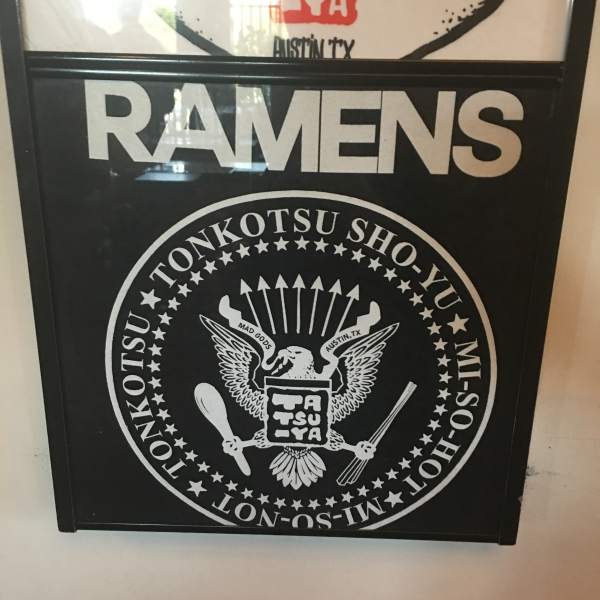 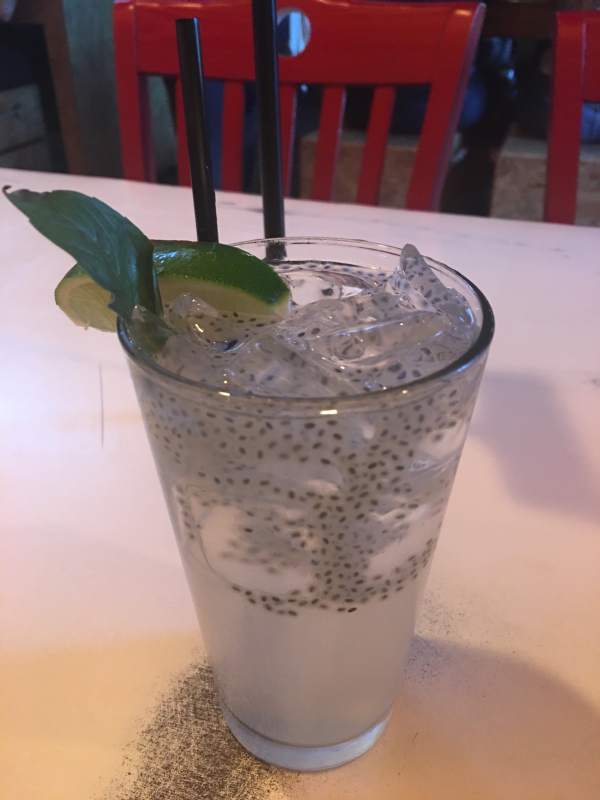 A basil limeade with chia seeds

The inside of the restaurant 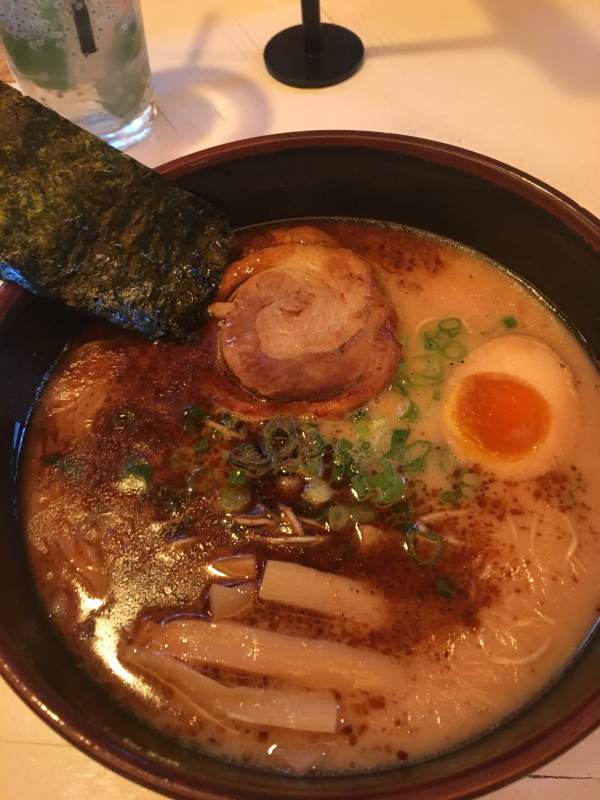 We also had some fun in San Antonio this week when we attended the Texas Folklife Festival. This festival showcased many of the different cultures around San Antonio, and there were even museums showcasing the history behind their immigration to Texas. And, of course, they had a lot of food. My favorite part had to be the dancers. There were so many different dance groups, each representing a different part of the world, and they all danced so beautifully! This really opened my eyes to how diverse Texas is. 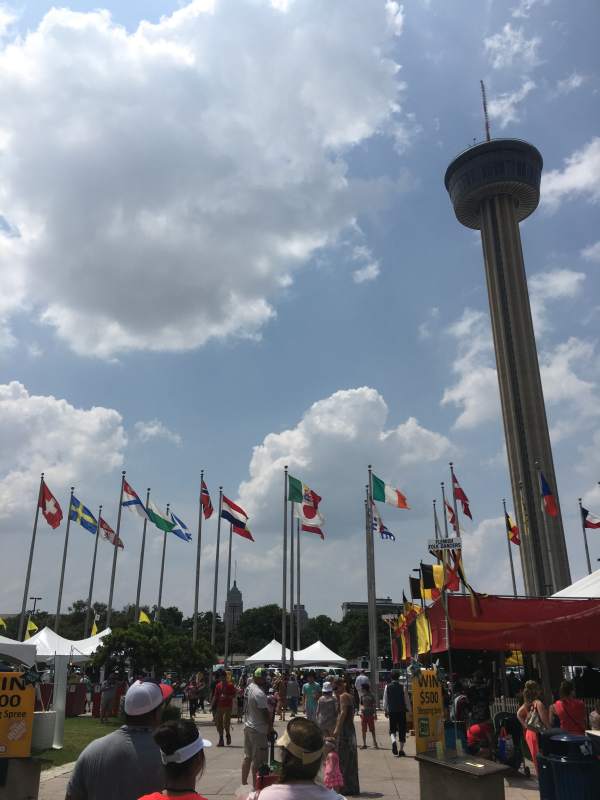 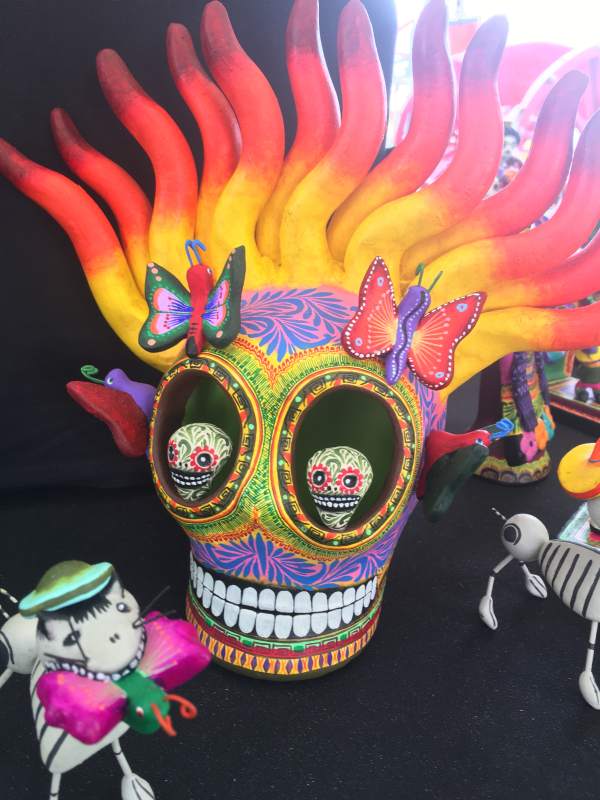 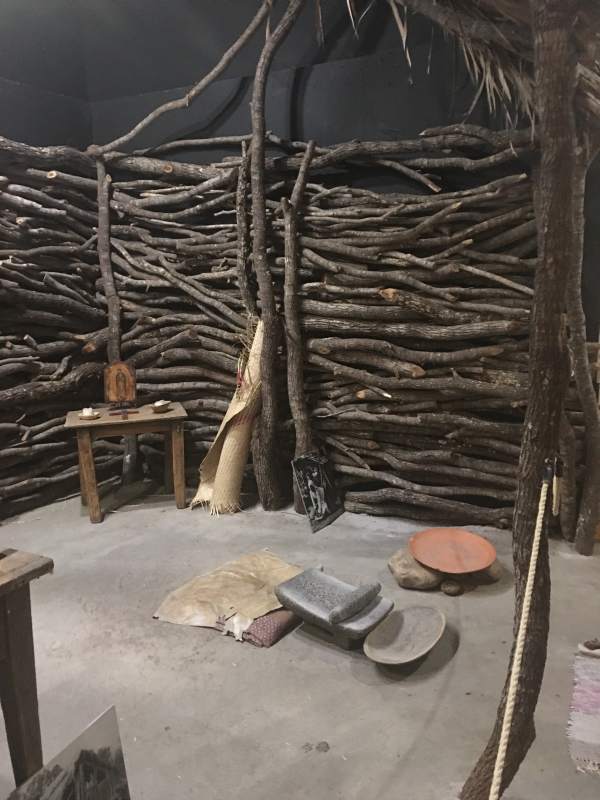 Museum on immigration of different cultures to Texas 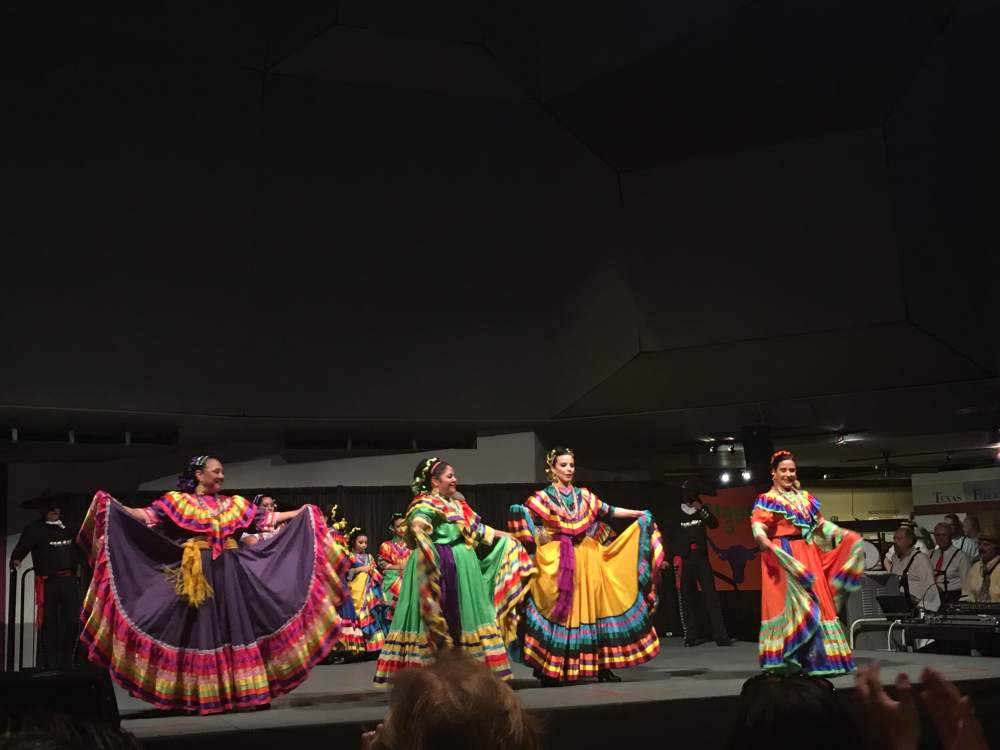 These dancers were so talented!

Another Week Down, Seven More to Go 🙁

I can’t believe how fast this semester has gone by; where does the time go? We are almost halfway through our journey with the Latin concentration but I must say, these 12 short weeks are going to really help me in the future with my career. The knowledge that we have gained in such a short time has all been so important not only to my career in respect to Latin American food, but to my career in the food industry as a whole. This concentration really makes me appreciate the food and cultures of Latin America more and more every day.

I can’t wait to see what’s in store for us next week as we prepare for our next pop-up dinner, which will have a special theme and an even more special guest!