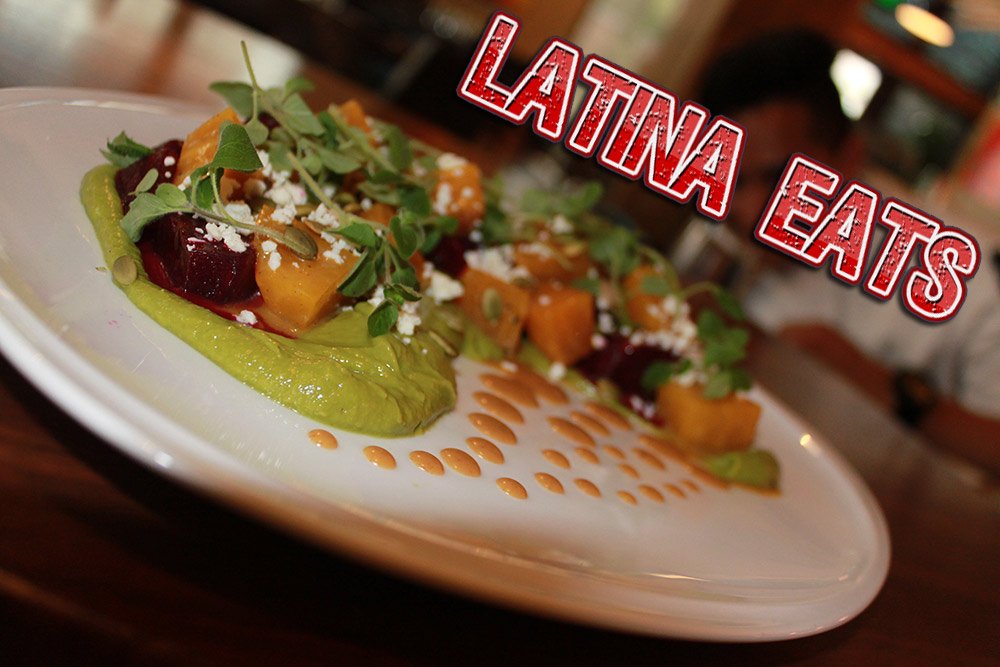 This is the eighth entry of a multi-part series by our student blogger Giselle.  Check back each week for the next installment of her experience during her semester away in San Antonio.

Hello everyone, thanks for checking back in to see what the Latin concentration has been up to this week. So, what’s new in the Latin kitchen, you may ask? We have continued making more moles, began studying the beautiful food of Central America, and also had a delicious dinner at the school’s restaurant, Nao.

Lets see what else has been cooking!

This Week in The Latin Kitchen…

Just when I thought we had concluded exploring the world of mole, I quickly realized we hadn’t even scratched the surface on studying Mexico’s “mother sauce.” This was a pleasant surprise, and a reminder of Mexico’s rich and extensive gastronomy. This week consisted of even more moles—of any shade you can think of, and textures that range from thick to almost soupy. My favorite was mole negro, or black mole. It’s a mole that is pitch black…I don’t know about you, but as a culinary student, thats pretty intriguing to me. How does this mole get its black color? What could it possibly taste like? These were the thoughts running through my head as I was preparing one of Oaxaca’s most praised dishes. And the result was nothing short of greatness.
The process was unique to any recipe I’ve ever cooked in that almost every ingredient had to be burnt. No joke. How could it possibly taste so delicious? I don’t know, but Oaxaca has been doing it right for a pretty long time. After the ingredients were burnt, a separate mixture of nuts, seeds, raisins, bread, and so much more were blended until smooth and added to the burnt chile paste. When it was added, the mole was grey and I was unsure whether it would turn black by the time it was cooked. After an hour of simmering in a beautiful clay pot, the sauce was thick, smooth, and indeed a dark black color. It was so interesting to see how the color of the burnt chiles dominated and did their job in giving the mole a rich dark color. Each ingredient in the mole was very pronounced, yet they all worked in harmony together. It was out of this world. If you ever get the chance to try Oaxacan mole negro, you do not want to pass it up. Trust me. 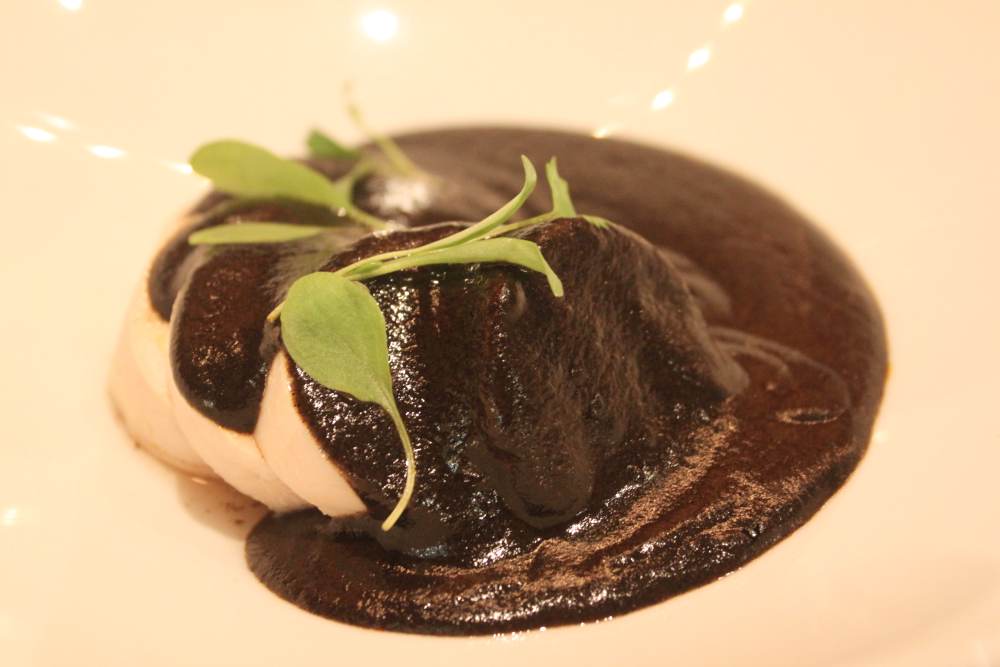 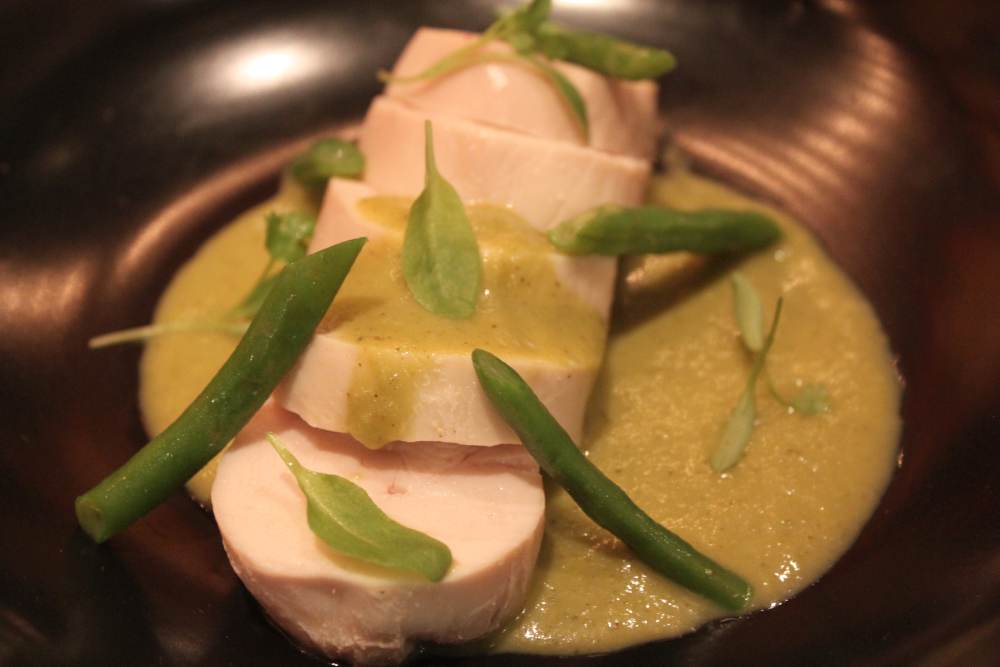 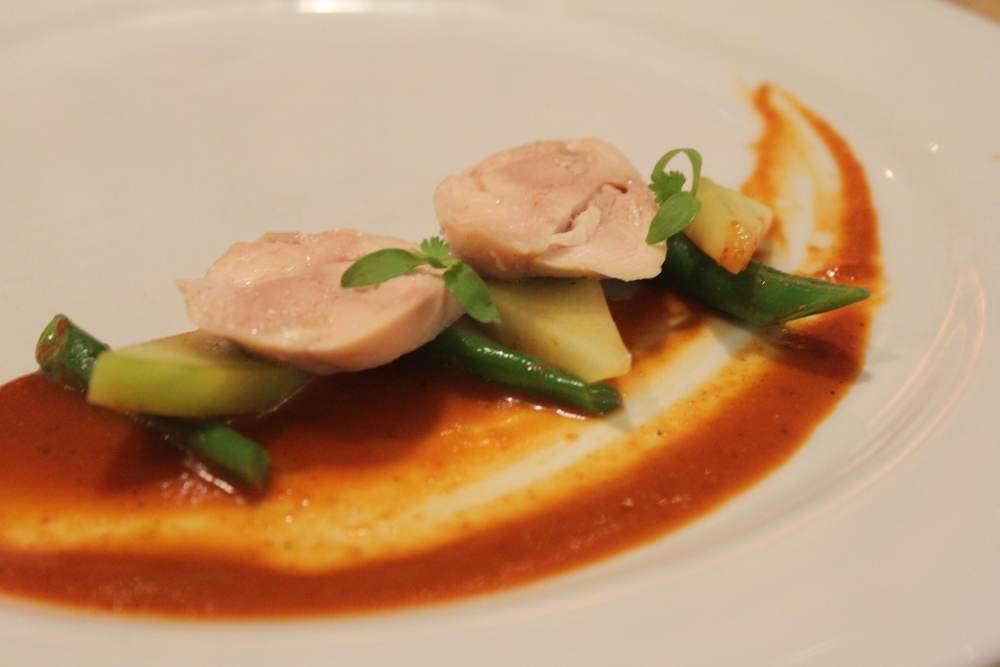 After cooking moles earlier in the week, it was time to leave Mexico and enter the Central American part of the curriculum. One thing I found interesting about our introduction to Central America is the similarities it has with Mexican cuisine in the amount of corn that’s integrated into their diet. It was incredible to see the differences, though. We made a lot of things that were foreign to me like a quesadilla Salvadoreña, which doesn’t resemble a Mexican quesadilla by any means. In fact, it’s a dessert. Then there was vigorón, a street food from Nicaragua that layers yucca, cabbage slaw, and crunchy chicharron on top of a banana leaf. You can’t go wrong with that, my friends.

The foods had some similar ingredients to Mexico’s, but in terms of the finished products, they could not be any more different. To think that these counties so close to one another contain vastly different flavor profiles and preparations is precisely why the Latin concentration has been such an eye-opening journey for me. I can’t wait to dive into what is going to be a completely different world in terms of flavor and culture. Check out some of the delicious Central American food we cooked up this week in the Latin kitchen! 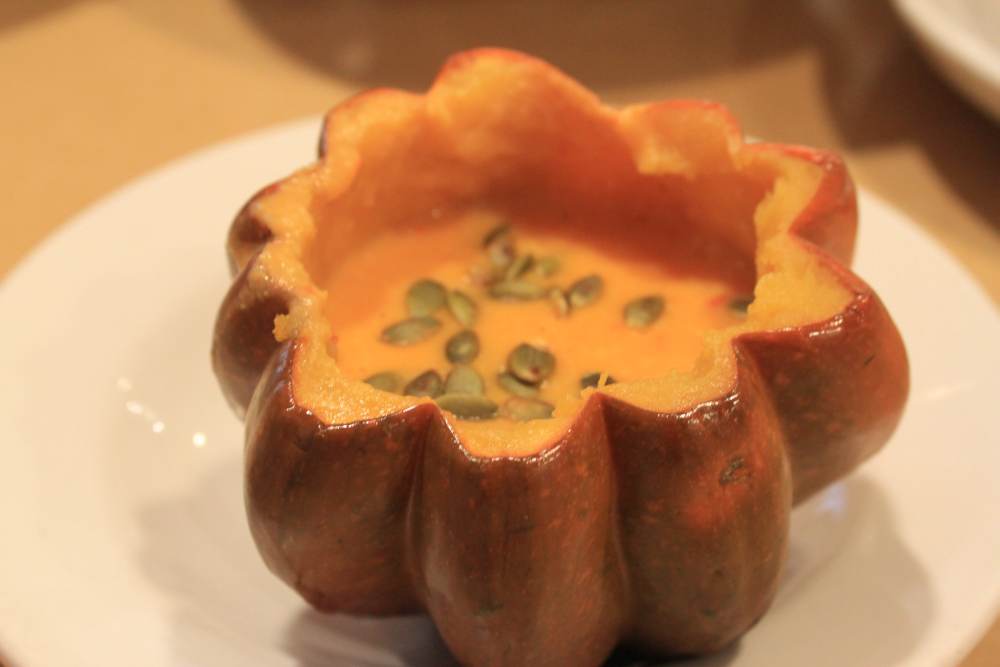 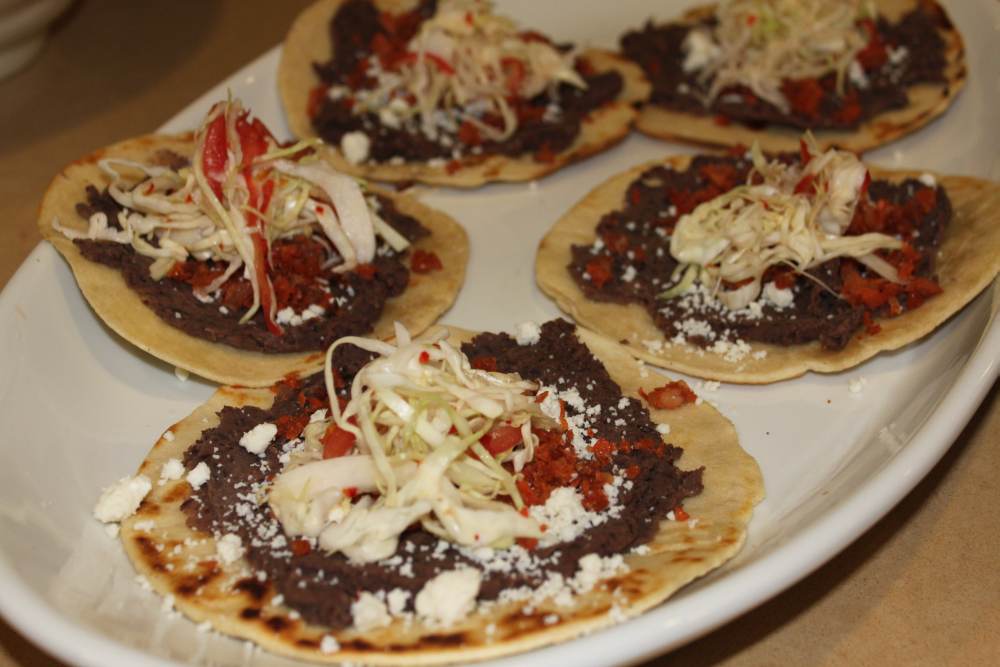 Baleados; they are native to Honduras and consist of a thick “tortilla” filled with refried beans and slaw 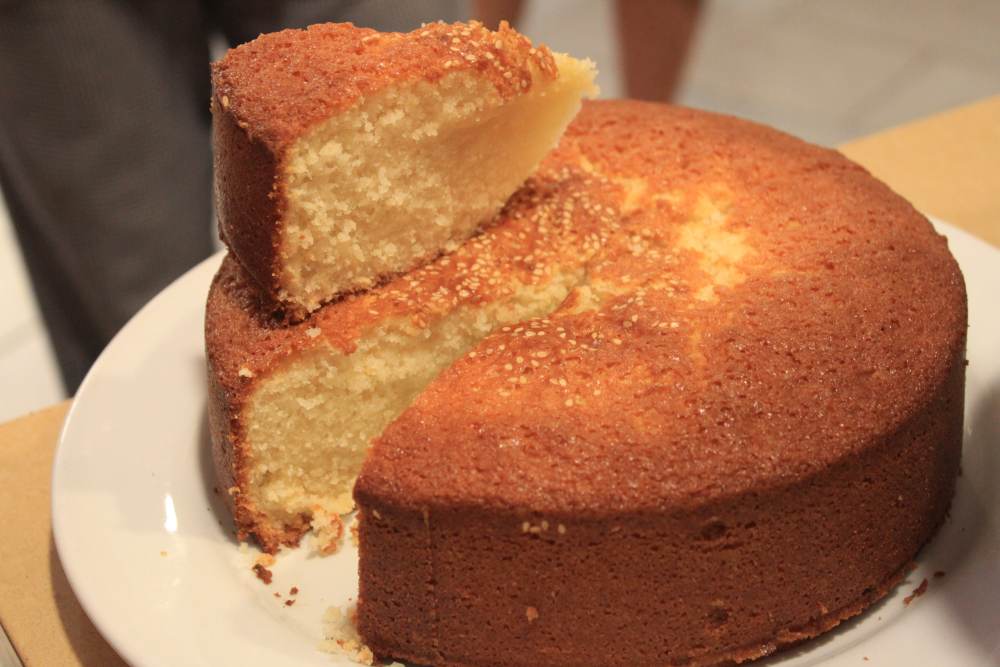 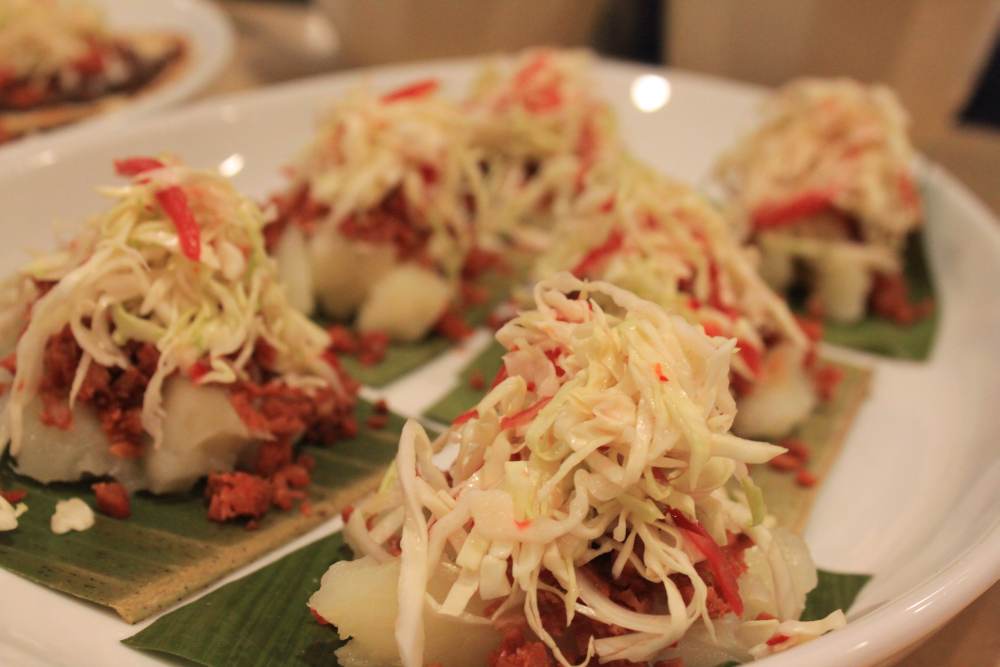 In addition to working at Nao (pronounced now), the college’s on-campus restaurant, I also had the chance to dine there with my classmates and Chef Remolina this week. The concept takes Latin America and plays with the endless flavors and textures that these countries have to offer in a relaxed, contemporary atmosphere. From squid chicharrones to duck carnitas, Nao has no boundaries when it comes to producing flavorful and interesting eats that continue to teach me about the possibilities this type of cuisine brings to the table. Needless to say, we were pretty stuffed (and happy) by the end of our meal.

Here are some of the dishes that executive chef Zachary Garza has created: 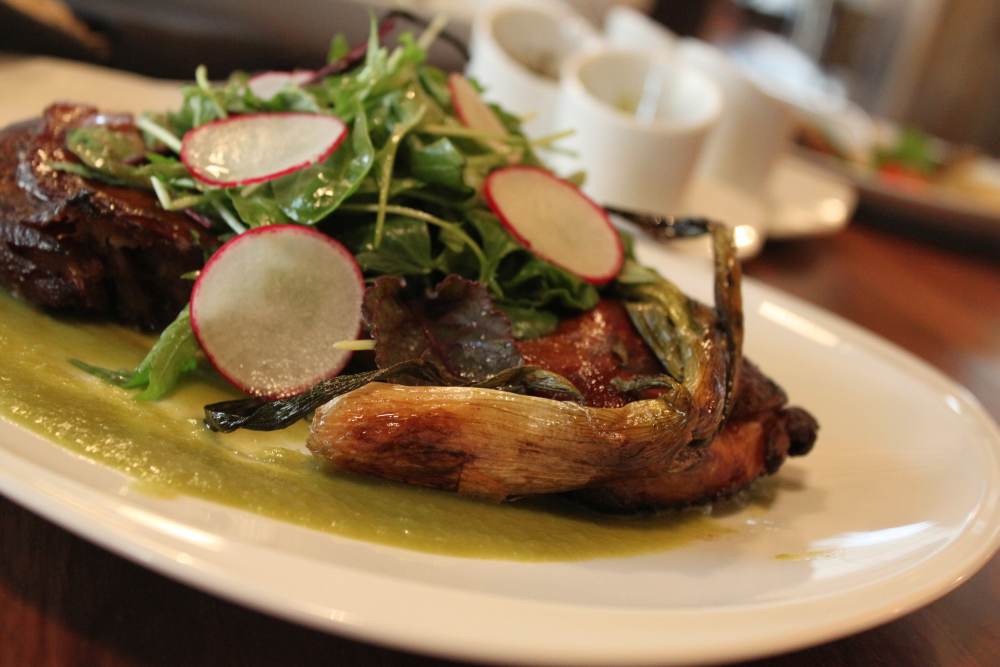 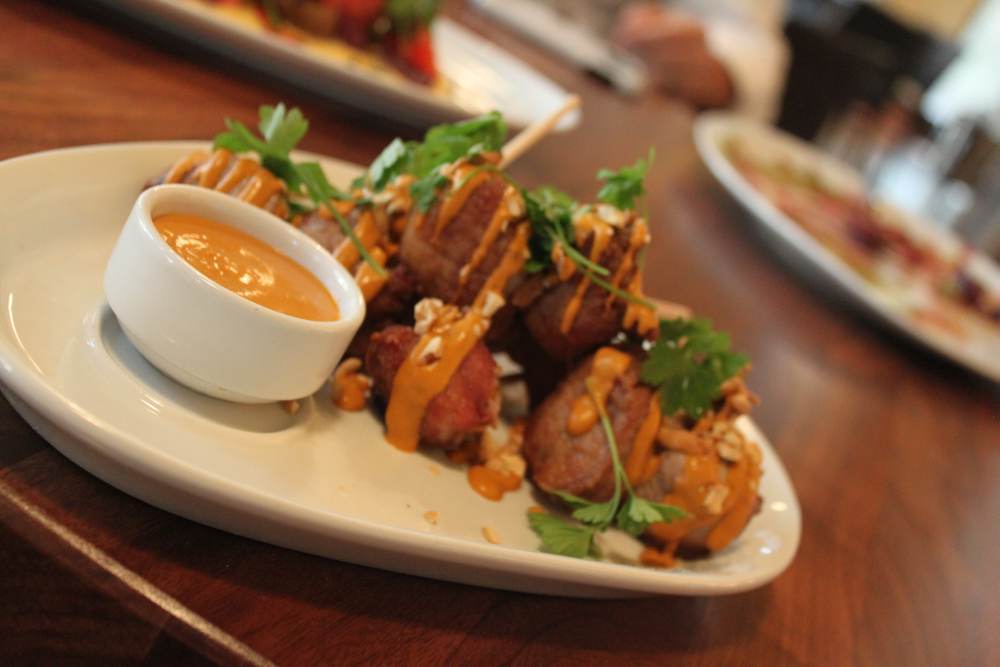 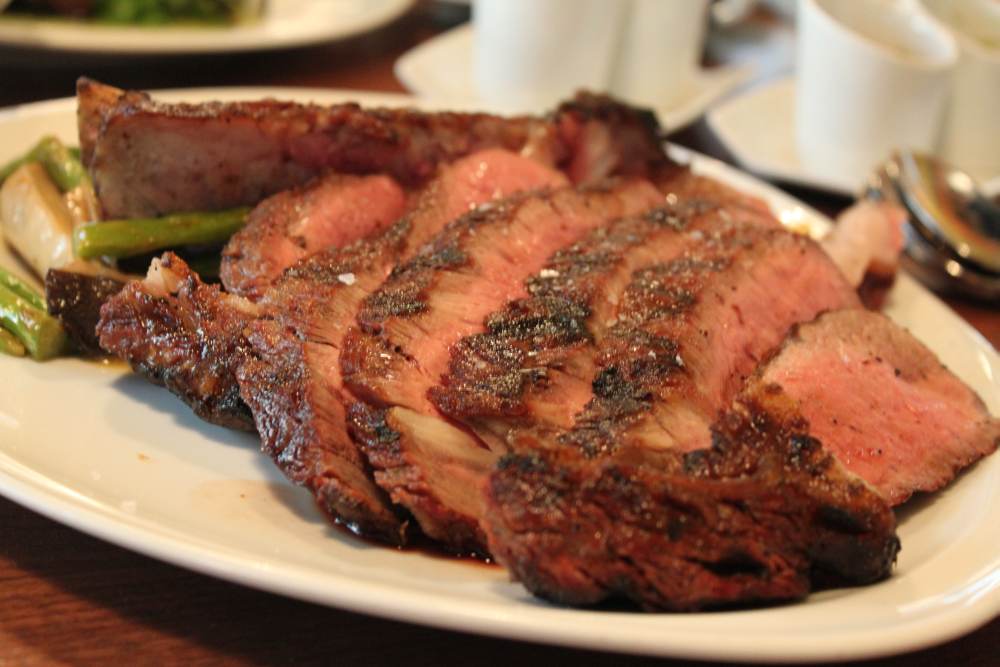 Another Week Down, 2 Pop-Up Dinners to Go

I can’t believe this week is already over. The closer we get to the end of our semester here, the faster the days seem to fly by. Regardless of time, one thing remains true about the Latin concentration: we have gained an insane amount of knowledge on a daily basis, and we have built great relationships at this small but close-knit campus. Next week we will be hosting our third pop-up dinner which will be featuring the flavors of the Caribbean…and thanks to Chef Remolina, we will be having another very special guest chef joining us. You’ll have to check in next week to find out who that will be!