Italia Per Due: Week 7 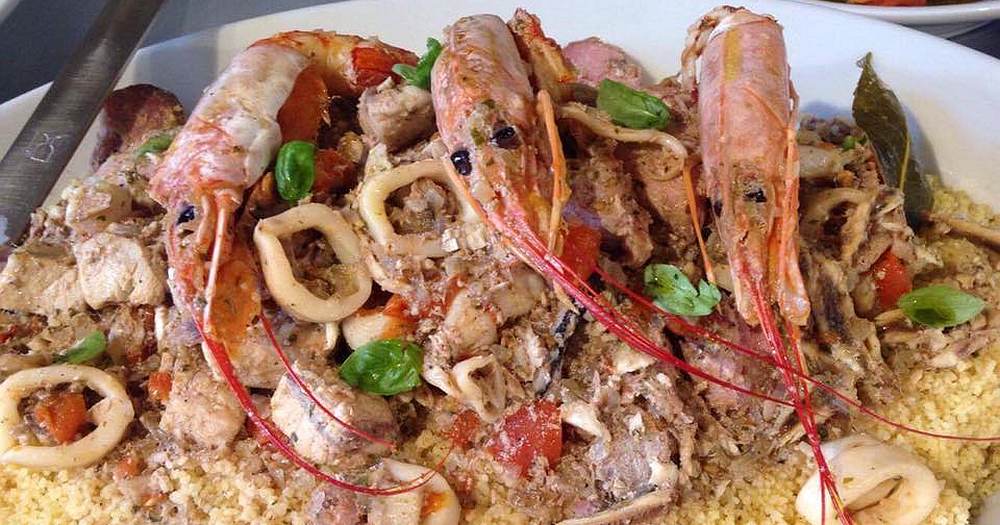 So far, during this concentration, we have studied Northern Italian cuisine and advanced cooking. We started studying Southern Italian Cuisine just last week, and I was especially happy since we started with Sicily! I was very eager to learn about the cuisine of Sicily because that is part of my heritage and I have been told all my life to be proud to be a Sicilian. My mother’s parents emigrated from Sicily and, though my mother was born in the U.S., she considers herself 100% Sicilian.

In our studies of Italian cuisine, we have learned that each region has been dominated or invaded by other countries and civilizations, making the cuisine unique because of the different influences. The cuisine in the north is completely different than the cuisine in the south. What makes the cuisine in Sicily so unique is that Sicily is an island, and was easily dominated by the Normans, Greeks, Spanish, Arabs, and, because of its close proximity, Northern Africa.

Many of the ingredients in the recipes from Sicily originated in the Arab culture, especially couscous, eggplant, and different spices. One dish we made called CusCusu, had couscous, mixed seafood, and mixed spices, helping us truly understand the influence of the Arabs on the Sicilian cuisine. Also, another very popular dessert from Sicily is the cannoli. We broke up into teams to make some. Our team made coffee-chocolate cannoli shells with candied lemon and orange peel ricotta filling! 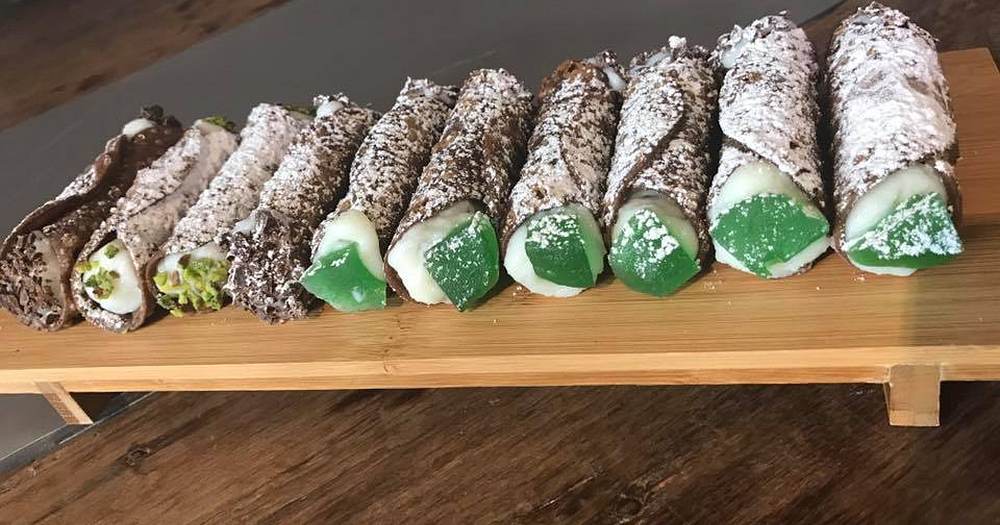 The class made tons of different kinds of cannolis. My team made coffee-chocolate shells with candied fruit ricotta

All the food was delicious and reminded me of home, definitely met my expectations when learning about my culture!

Today, we began the first session of our art history class. We’ll be learning about all the art, history, and beauty of Puglia, Italy. The class began with a brief introduction to how the class will be set up and a description of some of the field trips we will be taking. Our professor, Francine Van Hertsen, is from Paris and she is responsible for all the restoration done to the frescos in our home away from home, the Castello di Ugento. Fresco painting is an art technique where the artist paints directly on a moist plaster wall or ceiling. By doing this, the painting becomes part of the wall itself.

The Castello is full of Frescos that date back to the mid-1600s. There is even one that dates to about 1100, making it a Norman fresco. What we learned in class is that Norman frescos are very rare to find because most of them were painted over or destroyed long ago. The one that we saw today was covered with paint and was discovered only six months ago and restored in November and December. We walked around the first floor of the Castello and got to see all the frescos that have been uncovered and restored in the last few years. 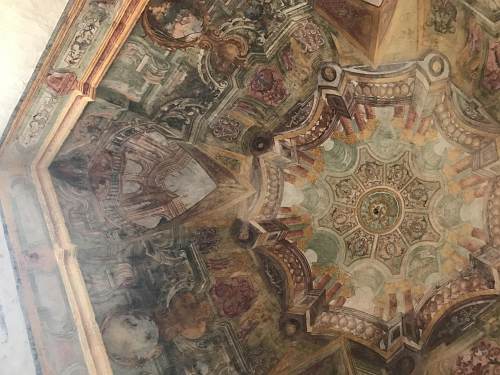 Restoring frescos is a very tedious process. Our professor said that they must take a little scalpel and carefully scratch the layers of paint off the areas they want to be restored— which could take years to do. Then it must be painted in the same style as the original artist. The restorers can’t decide what it would have looked like. For example, on the Norman fresco that we saw, the guard’s faces were badly damaged. To avoid making new artwork, Francine drew a series of neutral colored lines to avoid creating new art, as she had nothing to go by regarding the original artist’s intent. From far away, the neutral colored lines look like a face, but do not take away from the original artist’s painting. It is amazing how historic these paintings are and the fact that we get to see them in person is a great history lesson in itself. 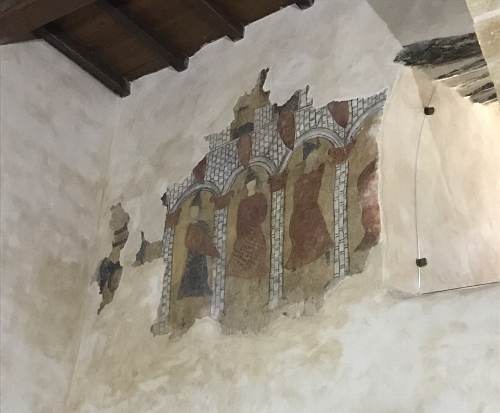 For tomorrow’s lesson, we will be going to a local museum to check out more artwork, frescos, and history of the area!

Latest posts by Adam Shoemaker (see all)
« Franki Goes To: Harney & Sons » Italia Per Due: Week 8