Home » Featured » Italia Per Due Week 3: Adam, Angela, and the Italian Concentration

Italia Per Due Week 3: Adam, Angela, and the Italian Concentration 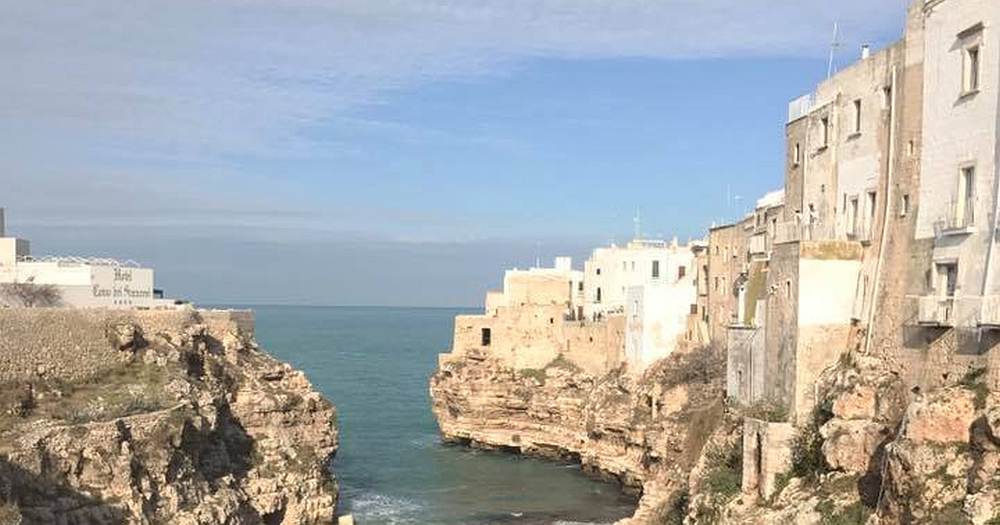 On our weekend off from studying Italian cuisine in the Castello, our group decided we needed to explore Puglia. We piled into our rented cars and drove to five different cities in the region over two days. Our stops were t Alberobello, the town known for their Trulli; Ostuni, the white painted city; Cisternino, Santa Maria di Leuca, “The end of the world;” and Polignano. Polignano is my favorite town we have visited in Italy so far. The views of the sea were breathtaking. Domenico Modugno, the original singer of the famous Italian song “Volare,” is from there. Also, some people may know Polignano if they recall seeing a video circulating on Facebook of a restaurant in Italy housed in a cave. 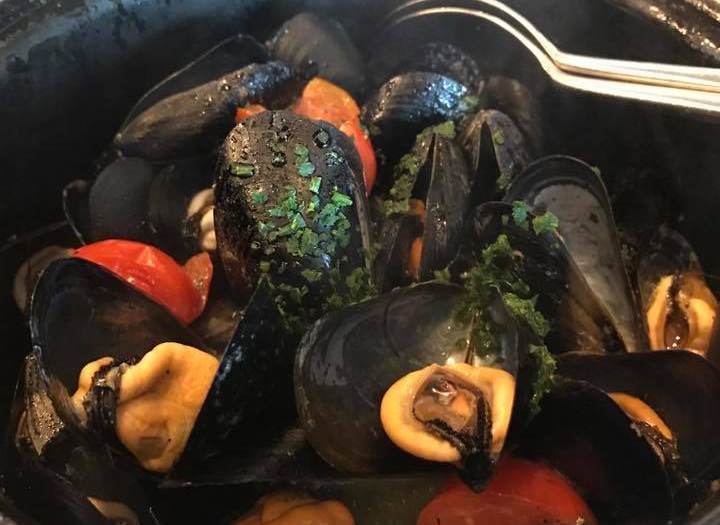 Although we did not eat at this particular restaurant, our group did enjoy delicious seafood at Ristorante Meraviglioso with an out-of-this-world ocean view. And of course, like every other Italian, we had to enjoy some after-dinner gelato. We were told that Polignano had some of the best gelato in Puglia. At a little shop, we each got flavors ranging from cioccolato, Nutella, pistachio, and limone. It was a great way to end a fun and adventurous weekend, and we are so excited about doing it again in the future!

Yesterday, we got to learn how to make various salami and sausages from a one Michelin starred Chef—Vinod Sookar. He is the co-owner and chef of Al Forno da Ricci, and he showed us how to make some of his famous salumi. Chef Vinod originally came to Puglia, Italy from Mauritus Island to learn Italian cuisine and he received his Michelin star about fifteen years ago. 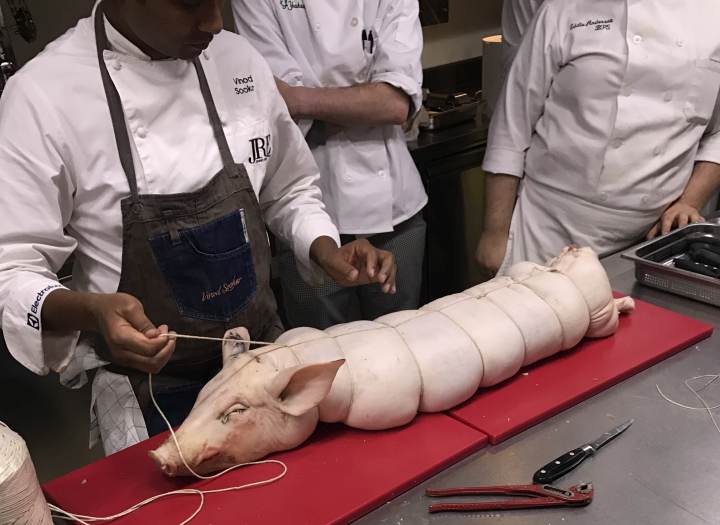 The first thing that we did when we got in the kitchen was help Chef Vinod set up his station. Immediately after, a butcher came in with half of a hog—crucial for making the salumi. The butcher, who had been butchering for more than fifty years, broke down and boned the entire half hog in a little over an hour. Chef Vinod then took the various pieces, ground and then seasoned them with his unique spice blends (Italian flavors with influences from his Mauritus Island roots), and stuffed the salumis and sausages.

Today, we got into class and found Chef Vinod with a suckling pig that he boned out and turned it into porchetta. He took pieces of pork from the pig from yesterday, seasoned them with rosemary, salt, pepper, and thyme, and then stuffed the pig. We all got to help take turns tying the pig properly. We did not get to try the porchetta, but once we get our wood fired pizza oven working at the Castello, we will be cooking a beautiful porchetta for all of us to enjoy!

Latest posts by Adam Shoemaker (see all)
« CIA Black Culinarian Society President Strives to Provide a “Gateway to Diversity” » Inside the Culinary Science Kitchen: “Culture” Yourself