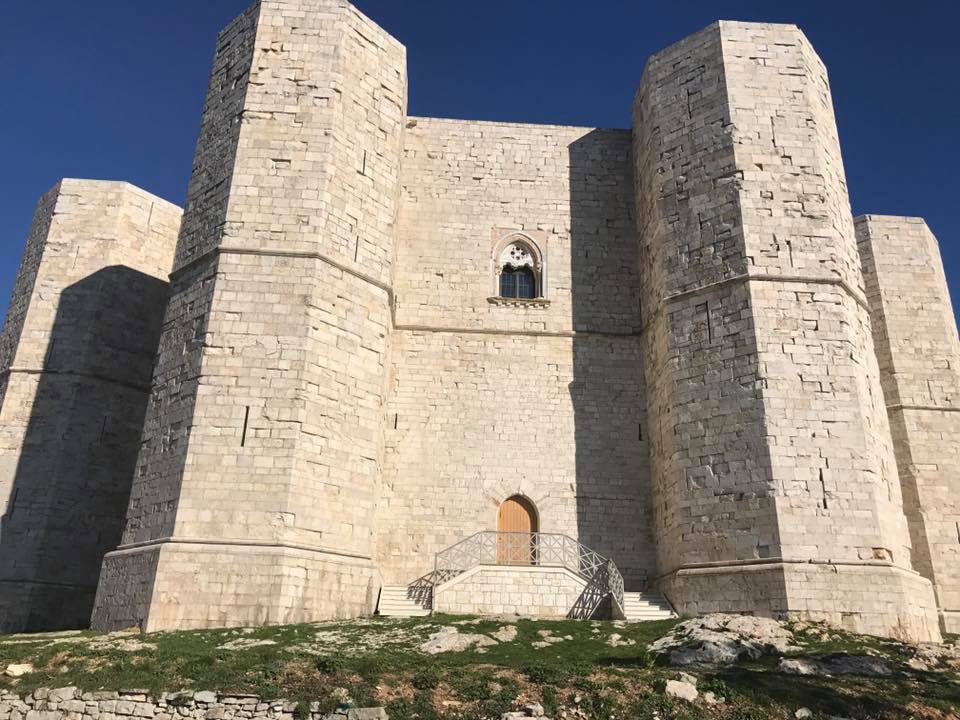 During our last few weeks before we embark on our stages, we took a field trip for our Art History Class. Our professor took the group to Castel del Monte—Castle on the Mountain—which was built in the year 1240 and is located in northern Puglia in a town called Andria. The castle was built by Frederick II, a Holy Roman Emperor who inherited the land from his mother. Frederick is known for building more than 200 castles in southern Italy, establishing universities like the Sicilian School of Poetry in Palermo, and created the universal modern Italian language.

Frederick II was a huge influence in Italy, and mainly showcased his love for southern Italy. The Castel del Monte was his last establishment before he died in 1250, and he only had use of it for 10 years. After Frederick died the Castel was not used and people started living in it and stripping it of the marble and other decorations. When we visited last week, we saw that the Castel was left unrestored. It was interesting to see how, despite this, it has maintained such beauty for more than 700 years ago. It was a real pleasure to learn about history through the architecture of this castle. 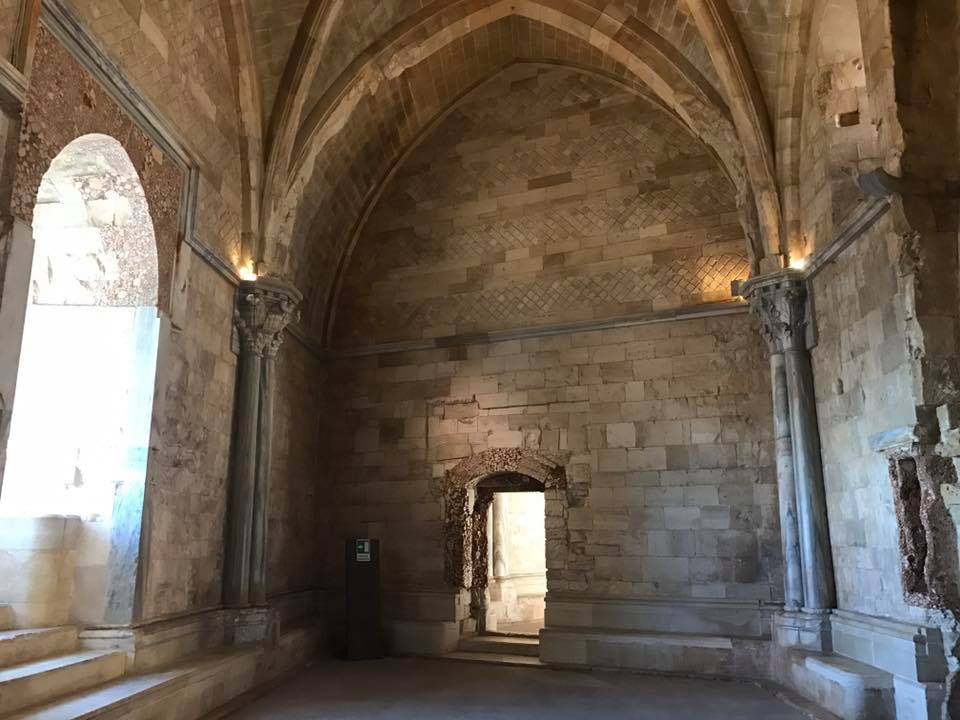 The interior remains as it was after it was stripped 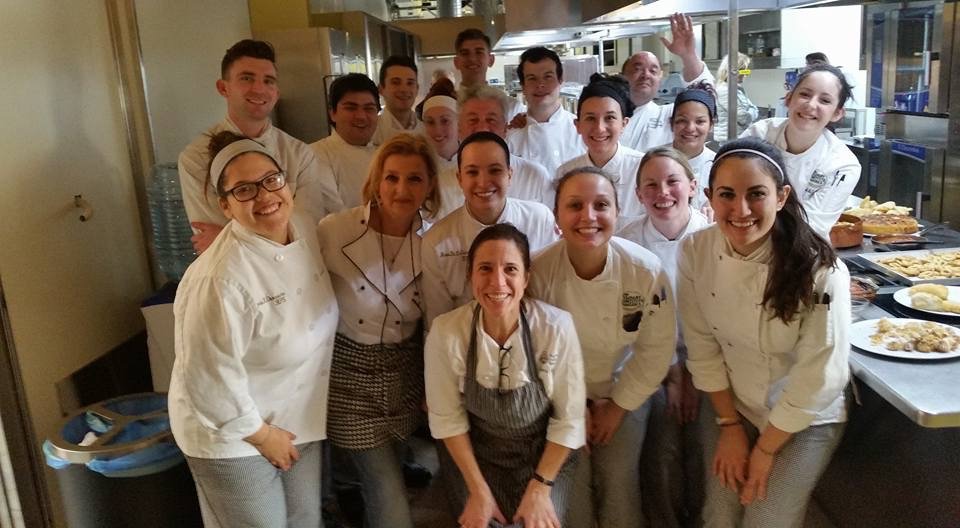 Our class with our talented home cook

Today in class, a home cook from Puglia came to teach us traditional Pugliese cuisine. We started the day with a lecture describing typical products of the region, which included learning about the large salt mines called Saline Margherita di Savoia. At this salt mine, they produce about 50,000 tons of sea salt per year. We also learned about Ulivi Millenari which is a group of olive trees in Puglia that date back approximately 2,000 years ago.

After the lecture, we got in the kitchen to watch the home cook make fresh pasta. She made traditionally Puglian shaped pasta—Orecchiette (little ears) and Cavatelli. After that we started making a traditional cracker called Taralli. Taralli are a type of crispy breadstick that are the shape of a small bagel. They are boiled and then baked until they are super crispy. They can be sweet but are mostly savory and flavored with fennel seed. 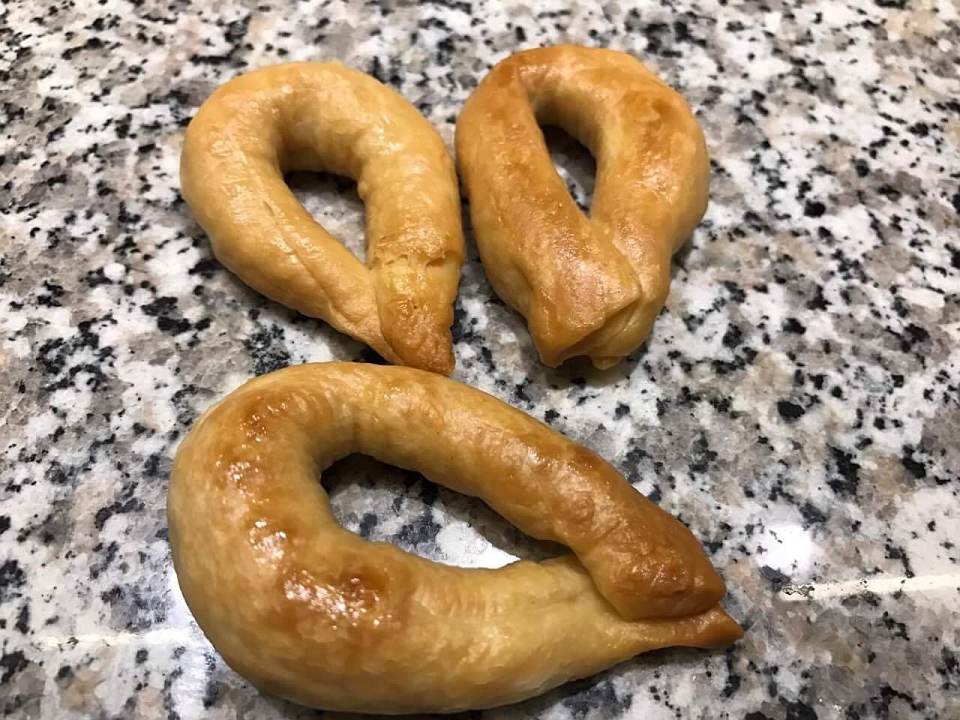 Boiled and baked these delicious taralli are super crispy

Other than the Taralli, my favorite dish was made by a classmate and it was Orecchiette with broccoli rabe. First, he blanched the broccoli rabe and then he cooked the pasta in the same water. Next, he sautéed the broccoli rabe in a pan with olive oil to create a sauce for the pasta. The broccoli and pasta were then combined and topped with breadcrumbs that were flavored with anchovy, garlic and crushed red pepper. The resulting dish was the perfect combination of salty and bitter with a hint of spice. 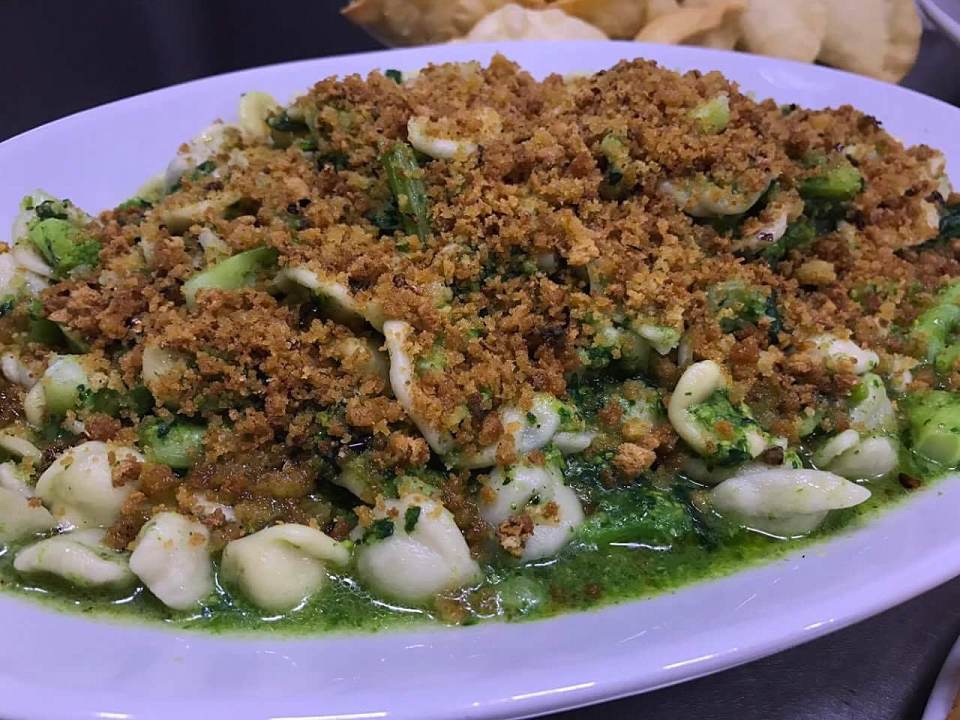 The cuisine of Puglia is an interesting cuisine and it was awesome to learn it from a home cook from the region.