Inside the Culinary Science Kitchen: “Culture” Yourself 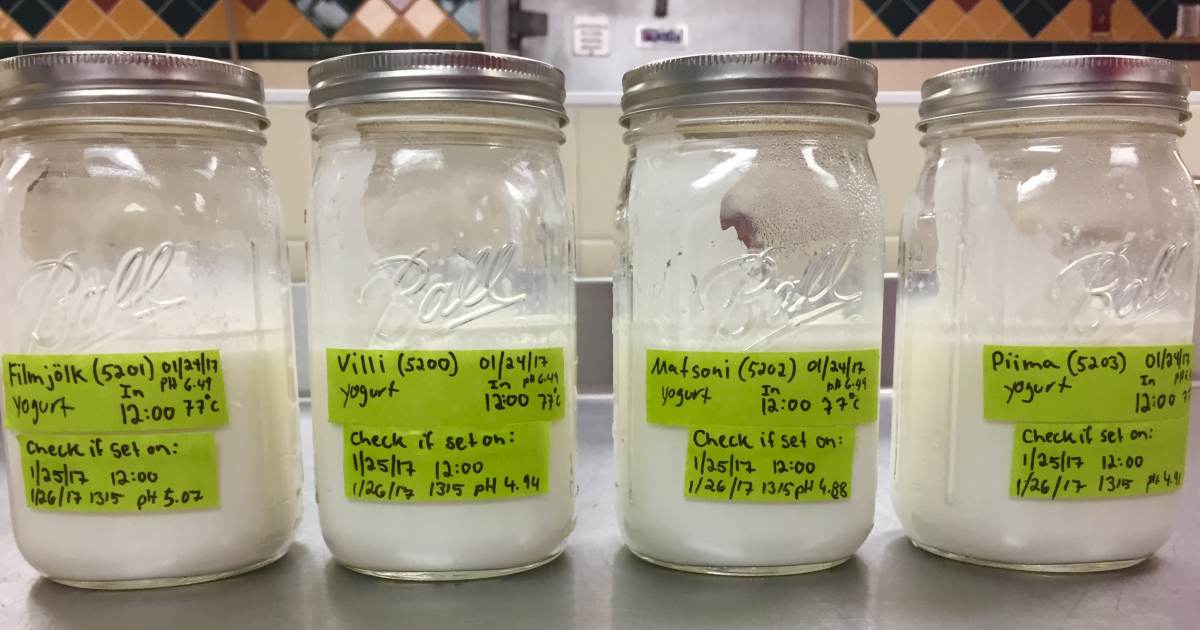 We all have had yogurt before—some people like the tart, cultured milk, while others may stand clear. Yogurt is a multi-functional ingredient. It can be enjoyed plain, flavored, or used in a recipe to give it creaminess with a touch of sour. We are always told that yogurt is good for us…but why? Yogurt is made from the inoculation of milk with certain types of bacteria. That’s right, I said bacteria. But wait! Don’t run for the hand sanitizer yet; these little natural helpers are our friends! A main common bacterium that is used to turn plain milk into viscous and creamy yogurt is called Lactobacillus acidophilus. These little guys live naturally within our bodies in our intestinal tracts. Don’t worry, this isn’t where the L. acidophilus used for foods comes from. The bacteria we use in food are sequenced in sterile laboratories.

If I haven’t grossed you out yet, let’s get to the yogurt. When the Lactobacillus bacteria is added to milk, it immediately goes to work. The bacteria begin eating up all the natural sugars—called lactose—found in milk. It is important that after the bacteria and milk are combined, they are contained in a sealed jar; this is so the bacteria can undergo anaerobic cellular respiration—or respiration in absence of oxygen. If oxygen were present in this reaction, we would start producing alcohol, which may be fun at other times, but not with yogurt.

Yogurt and Our Bodies

Getting back to cellular respiration, when bacteria consume the sugar lactose, they create lactic acid. This acid is good for yogurt and our bodies in many ways.

For the yogurt: the acid begins to denature the dominant protein found in milk called Casein. This causes the thickening or curdling of the milk proteins. The way this works is that the hydrophilic (water-loving) casein proteins that are usually suspended throughout milk are literally turned inside out—making them hydrophobic (water-fearing). This inversion enables the milk to turn from a homogenous mixture into a separation of whey and curdled milk proteins. The now-inverted hydrophobic proteins cling to one another so that they can avoid the water in milk at all costs—thus creating creamy yogurt! Finally, and possibly most important, the intensity of the acid creates an environment that bad bacteria can’t survive in, so only good bacteria can thrive.

For our bodies: Lactic acid destroys the lactose, the culprit that causes discomfort among those who are lactose intolerant. This makes yogurt able to be enjoyed by everyone! Also, since lactic acid has partially broken down the proteins, it makes them easier for our bodies to digest. Speaking of digestion, eating yogurt adds back probiotics that are very beneficial to a healthy and normal gut microbiome.

Yogurt’s place in the human diet goes as far back as 6000 BC, when Neolithic peoples used to store milk collected from their animals in containers made from animal stomachs—most likely accidentally, the natural bacterium found in the stomachs would transform the milk into yogurt. 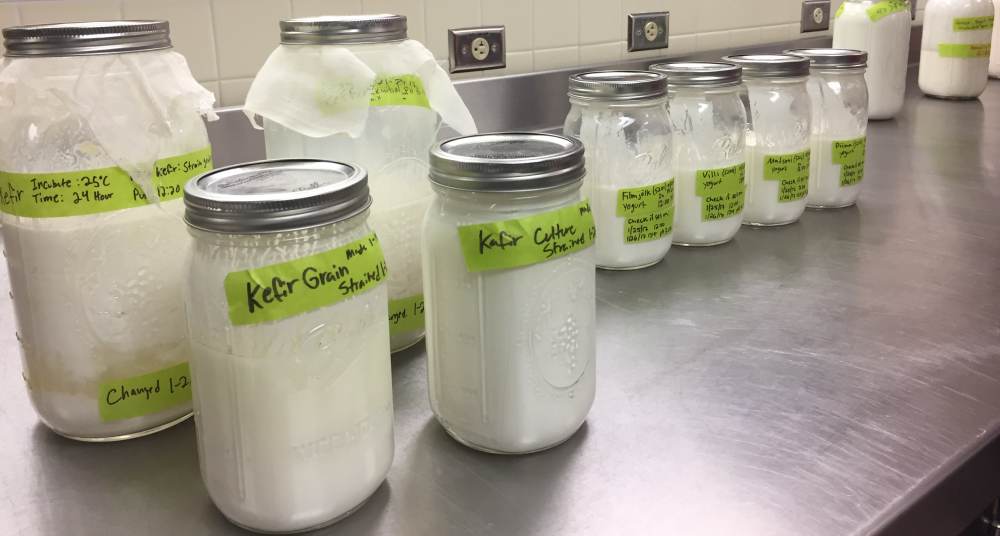 Working with Yogurt in the Culinary Science Lab

In class, we made many different strains of yogurt, some containing exclusively Lactobacillus, others with various other strains of bacteria including four heirloom varieties. The process of yogurt-making is basically a waiting game. Each student team was assigned a different set of strains. Each strain has its own attributes, whether it be the thickness, tartness, or aroma. We are also making continuous batches of Kefir, a relative to yogurt with which we will soon begin developing recipes that utilize it in new ways—I’ll be sure to keep you posted.

If you find the yogurt-making process interesting, I encourage you to look it up. There are many kits that have detailed instructions that will leave you with a quality delicious home-made yogurt that your body will thank you for!