The Hudson River: A Food and Design Collaboration with Pratt Institute 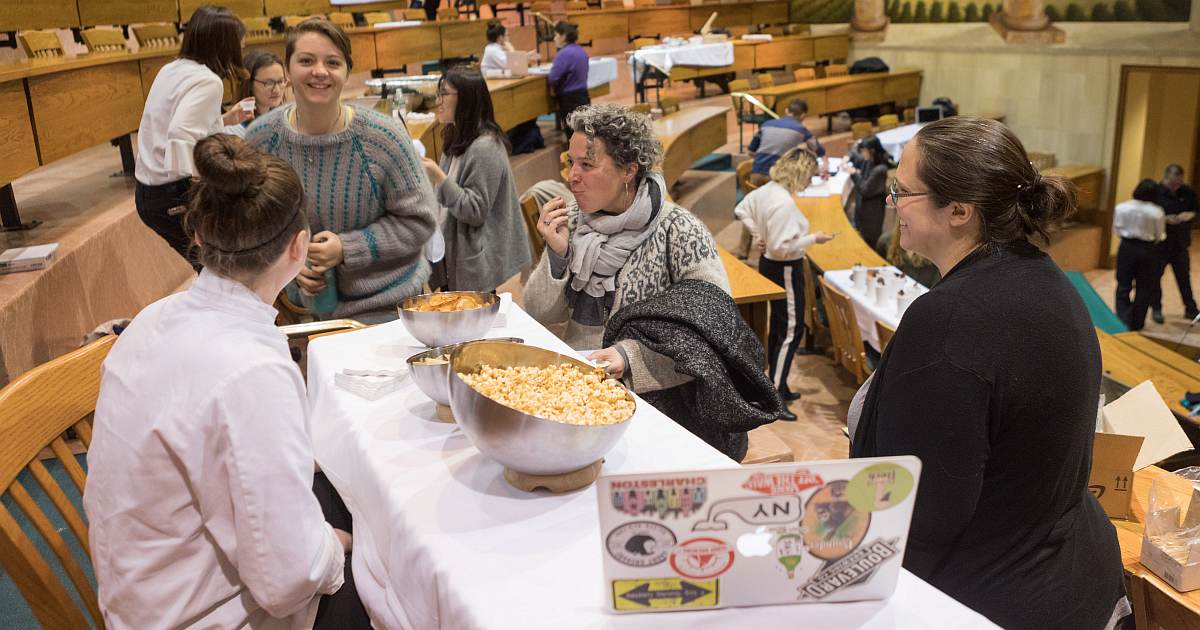 When the most prestigious culinary college teams up with the most innovative design institute, you get the Hudson River: Food and Design course. Twelve students from The Culinary Institute of America started off by “speed dating” with twelve students from Pratt Institute. After I was paired up with a designer, our semester-long project was unveiled. We were tasked with creating a new product that would solve a problem in the food industry and be inspired by the Hudson River. The semester was broken into twelve sessions. Students met twice at the CIA in Hyde Park, twice at Pratt in Brooklyn, and twice in Skype sessions. The rest of the time was spent exploring new options and finalizing our ideas. Completing the project required lots of e-mails, text messages, and phone calls between partners! But all that communication led to some awesome collaborations and long-term friendships.

On day one, I was very curious, excited, and a bit nervous. We quickly set out to find who we would be paired with for the rest of the semester. Audrey Krumenacker, a senior industrial design student at Pratt Institute, and I quickly matched because of our similar personalities and views on food and design. We both thought of food as a way to bring people together and wanted to focus in on that aspect of bringing communal eating to the American table. We saw that many Asian communities eat out of communal dishes, while in America the only design that helps us eat together is the lazy Susan. But, when you take something from a lazy Susan, it seems that you are also taking the item away from everyone else at the table. It was a dilemma to be solved!

The ring Audrey designed allows the bowl to swivel and be accessible from all directions. The final product is sleek, easy to use, and fun. However, that ring evolved out of a design that was originally a table. We were quickly informed that a table might not be practical for the time allotted and that building a table would limit the opportunities for people to use it and acquire one. Restaurants and homeowners might not have space for a special table but they would have space for some stands. The stand then evolved from a structure that was as big as a shoe box into to one that is the size of a hand. The ring then evolved to have cutouts along the bottom for easy maneuvering when the bowl was placed on top of it. Another feature that makes the design function is that, although it looks as if the food will spill when the bowl is being tilted, the center of gravity and weight of the food prevents spillage.

While we didn’t end up making the bowls themselves, Audrey plans on continuing this project next semester in her slip casting class. She may even get to explore whether the bases would be as functional if they were slipcast as well. This would allow for a multitude of color variations and the mass production of this product.

Audrey and I eventually found the most simple and uncluttered version of our product possible. For me, it was amazing to see how the design students thought, and how the vision Audrey and I would talk about turned into this awesome product. It was fascinating to experience the process of how designs evolve from an idea into a final form. This collaboration showed me that as a chef I can’t only think about the flavor of the food, but the experience for the diner as a whole.

« History Through the Lens of Food » News From the Hive: Building for the Bees