Go Steels! The Year in Sports at CIA 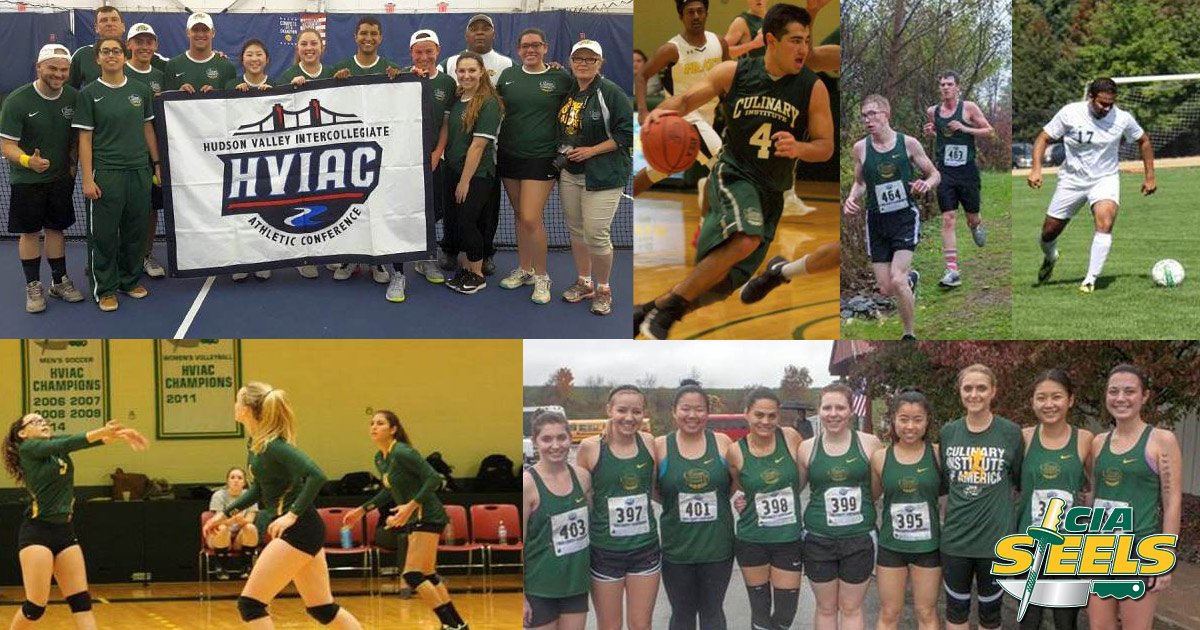 The CIA Steels had a busy year in 2017–2018! We are so proud of our athletes and teams and wanted to highlight some of their accomplishments. Our teams compete in the Hudson Valley Intercollegiate Athletic Conference (HVIAC) in cross country, soccer, and volleyball in the fall; basketball in the winter; and tennis in the spring. (And BTW, our team name, The Steels, is in honor of the tool chefs use to sharpen knives.)

Before we do our year in review, we wanted to let our fans know that the CIA will be hosting the Men’s and Women’s Cross Country HVIAC championships for the 10th year in a row on Sunday, October 28, 2018 at the Hudson Valley Sportsdome in Milton, NY. So put on your green and gold gear and come cheer the Steels on to victory! 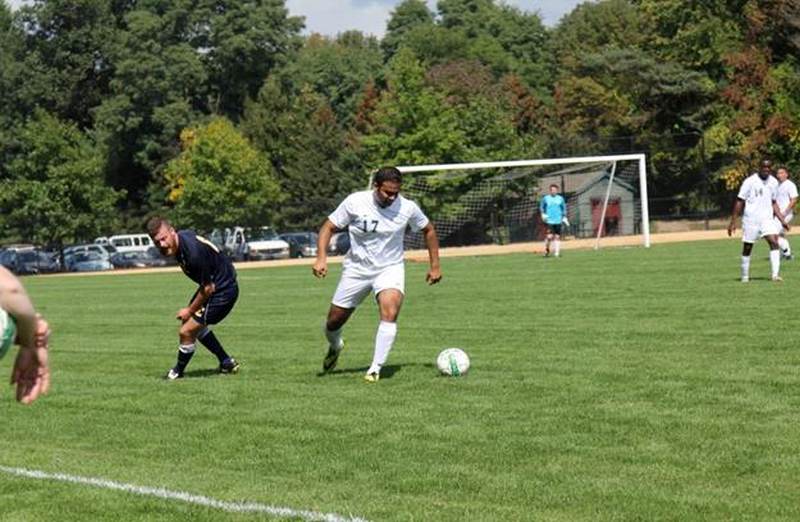 CIA soccer finished the season with a 6-5 overall record for a 6th place finish in the HVIAC. CIA freshman Grant Vella was named to the 2017 All-HVIAC Soccer Team. On top of that, for the week of 10/17/17, freshman Diego Combe was named the HVIAC Rookie of the Week and junior William Brumbaugh was named Player of the Week. 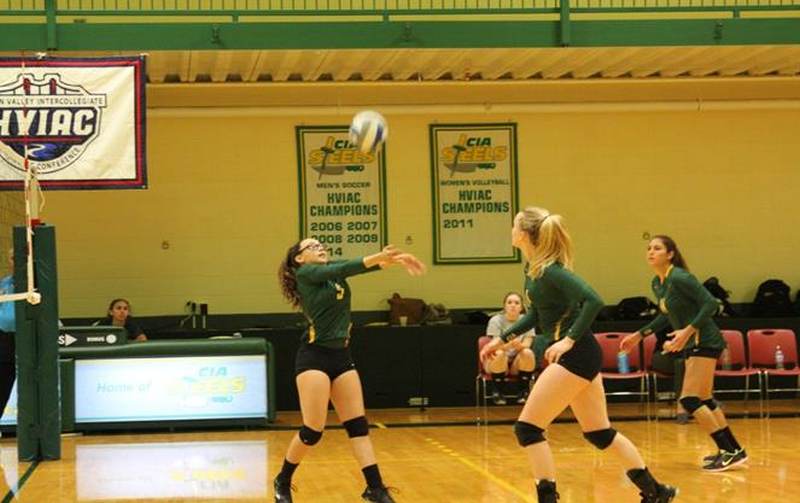 The volleyball team finished the season in 5th place with an overall record of 5-10. CIA sophomore Sarah Levine was named to the 2017 All-HVIAC Women’s Volleyball Team. Senior Marcela Andonie was named Player of the Week for the week of 10/10/17, while freshman Margaret DeMarco was named Rookie of the Week. 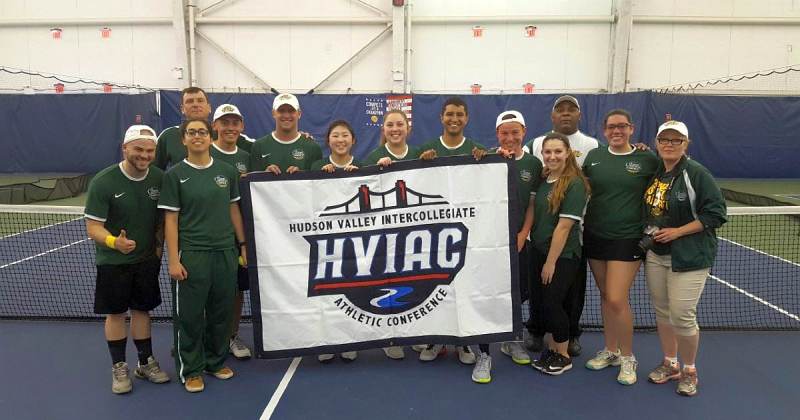 The CIA’s two-time defending HVIAC tennis champions had a successful season! After starting the conference tournament with a perfect 5-0 record in conference play, the team made it to the championship round at the USTA Billie Jean King National Tennis Center in Flushing, NY, where they lost a tight match to Webb Institute, 5-4.

Three students were named to the 2017 All-HVIAC Tennis Team: Cassidy Seo, Eduardo Salgado, and Wonil Chung. The latter was also named HVIAC Co-Rookie of the Year, and both Chung and Silas Bonczyk earned Rookie of the Week honors during the season. 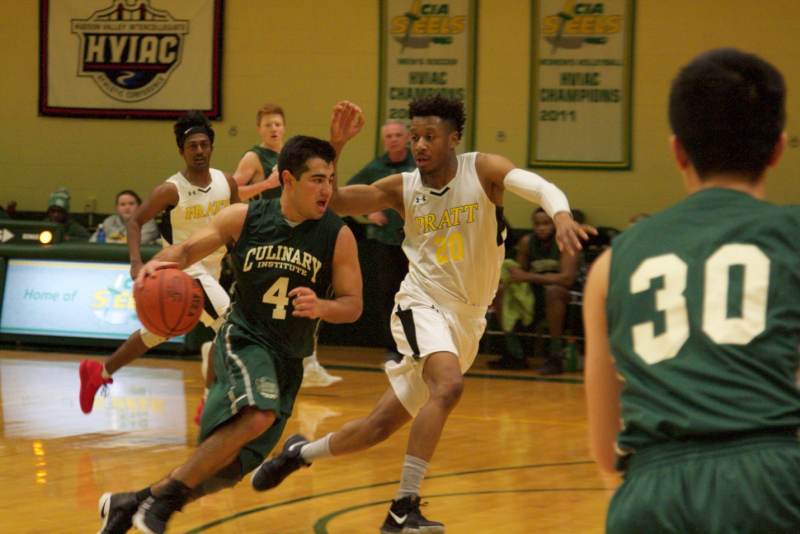 Steels basketball finished the season with an overall record of 5-10. The team was featured on ESPN for the second time in three years, and CIA student Aaron Ruzinsky was named to the 2018 All-HVIAC Basketball Team and was honored as HVIAC Rookie of the Week for the week of 1/6/18. 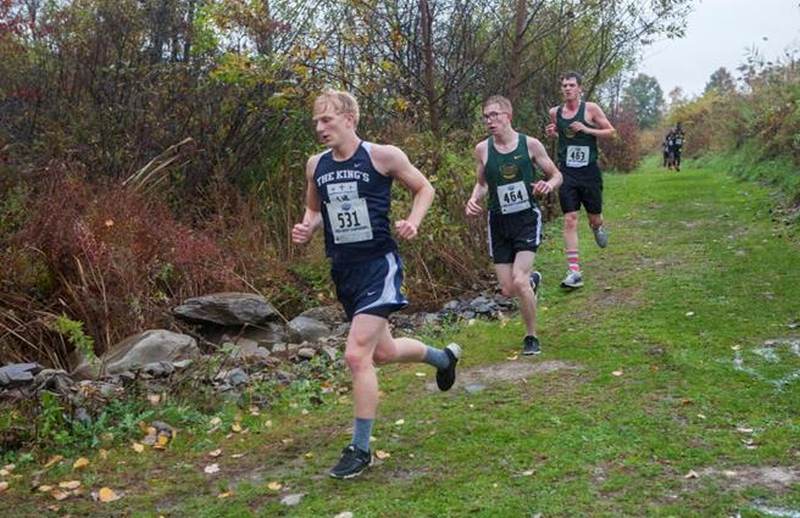 The men’s cross country team finished in 7th place at the championships. CIA student Jose Gordillo completed the 8,000-meter course at the Hudson Valley Sportsdome in 33:23 to finish 24th overall. He was named to the 2017 All-HVIAC Men’s Cross Country Team and was the HVIAC Runner of the Week for the week of 9/6/17. 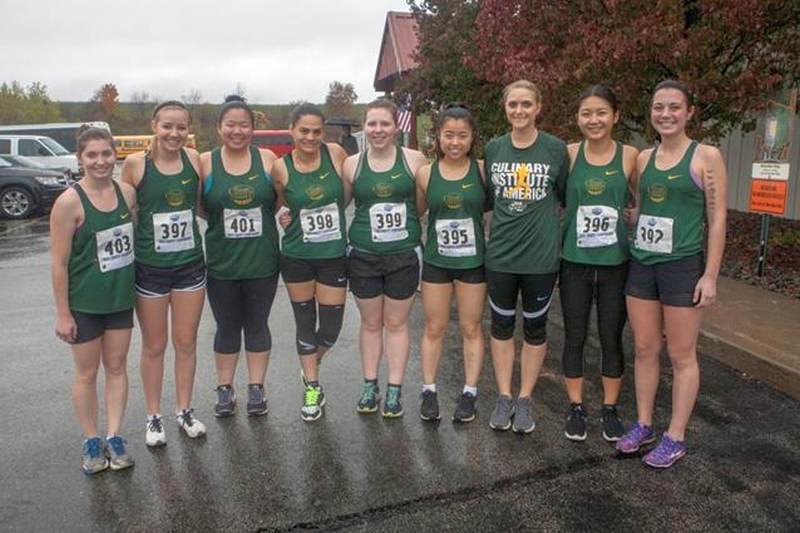 The women’s cross-country team finished 4th at the HVIAC championships. Alyssa Byndas was voted HVIAC Runner of the Year and was named to the 2017 All-HVIAC Women’s Cross Country Team. The CIA sophomore had two second-place finishes during the regular season and another in the conference championship race!

The following CIA student-athletes were named to the HVIAC All-Academic team for 2017-18 recognizing excellence in their sport as well as in the classroom:

« Is The Culinary Institute of America Haunted? » Your Senior-Year Calendar Checklist for College