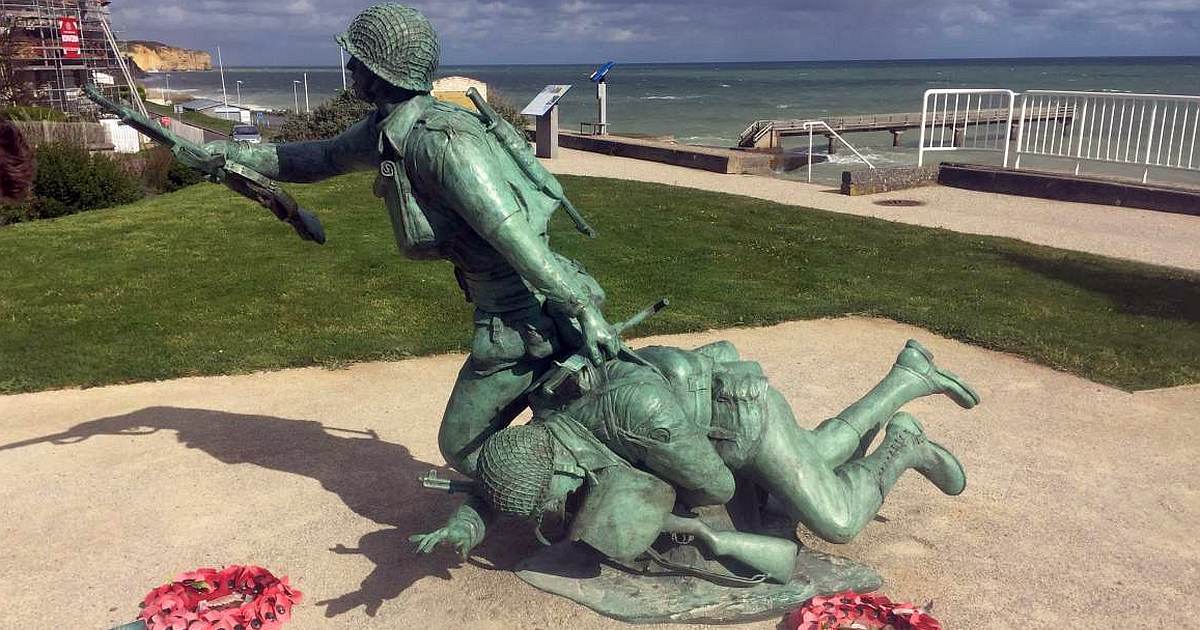 After leaving Le Mont St. Michel, we boarded our bus to Normandy and stopped on the way at La Ferme de Billy. When we arrived, at first I thought that we were in the wrong place, because the inside of the marketplace was beautifully decorated and very modern. In my head, I had expected that it would be similar to the farm that we had visited in Camembert, but I was pleasantly surprised to see a contemporary take on the traditional farm tasting room. We met our guide, owner Jacques de Billy, and he explained our itinerary for the short visit. He showed us to a thirteenth-century chapel that sat in the middle of one of his cider apple orchards. Here he described to us the process of making cider. He explained that cider apples are ready later in the season than eating apples, and because of this they have twice the sugar of eating apples. We were encouraged to ask questions, and somebody in the group asked about his perception of the U.S. cider market. (He previously told us that he’d been to the states to look at production methods and develop partnerships. 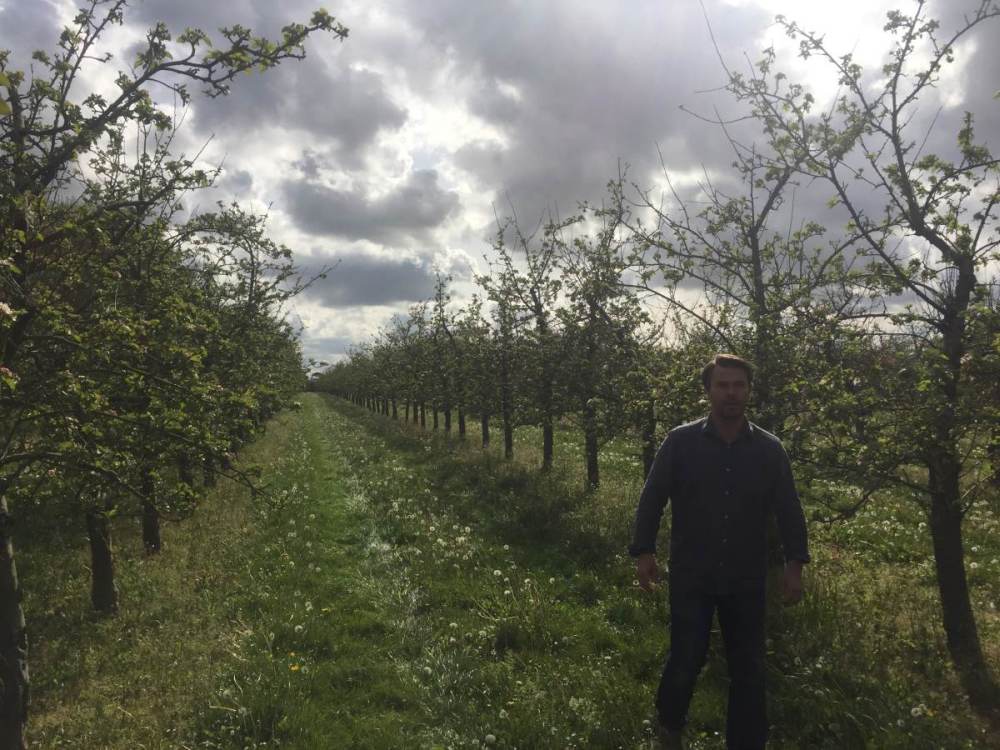 He responded that the U.S. uses a hyper-dense style of orchard planting, including 700 trees per acre. France uses a much less dense process, planting only 320 trees per acre. France might eventually adopt these practices because apples can benefit from competition for resources, just like wine grapes benefit from struggling for nutrients and water. The U.S. was able to adopt the practices quicker than France because many of its cider orchards were destroyed during prohibition and had to be replanted anyway. 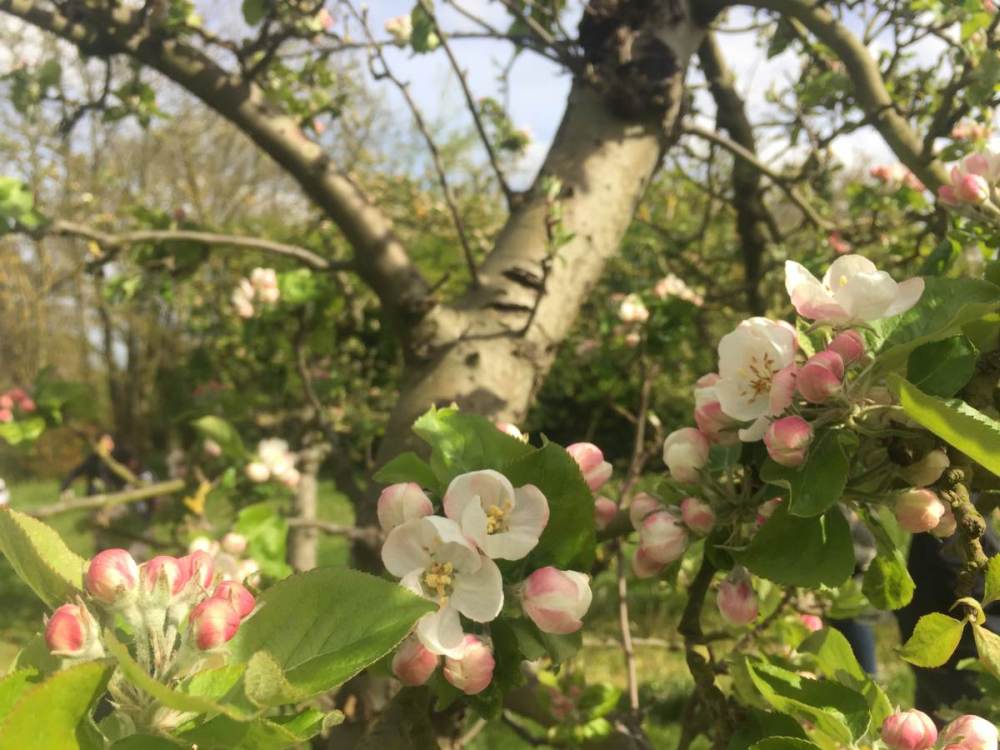 After a quick visit to the orchard, where we saw the trees beginning to flower in the brisk spring air, we went into the caves to look at barrels that support the process of making calvados and pommeau. We then moved inside for our tasting. Here are my notes from the tasting:

Next, we checked into our hotel in Bayeux, Le Lion d’Or. This hotel was beautiful and had a Michelin-recommended restaurant that shared the same name. The most striking thing about the hotel was the lack of an elevator. Lots of old French hotels don’t have an elevator and don’t renovate to have one, mostly because of a lack of space. Thankfully we only had to haul our luggage up four flights of stairs once. After we got settled in, we went out into the sleepy little town of Bayeux to get the most famous food of the region: galettes. We separated into two groups because most restaurants in small French towns aren’t really equipped to seat groups larger than eight. When we got there, I had a small victory: I was able to let the hostess know that our group would actually only be six rather than eight—and I said it entirely in French! We sat down and had an amazing meal of galettes, frites, and Normand cider. Galettes are savory crêpes that have an entirely different texture than what you typically think of for a crêpe. These are made of buckwheat flour and are very thin and crispy. I ordered mine with aged goat cheese, duck ham, and stewed apples; it was served with a welcomingly sharp mustard-vinaigrette-dressed salad. And the brut cider that we ordered was a perfect pairing. After dinner, my friends and I stopped in at a supermarket and planned a midnight picnic in our rooms for later. Some amazing cheeses and cold cuts with a bottle of Cremant d’Alsace cost only 16€ and were the perfect way to end our first night in Normandy. 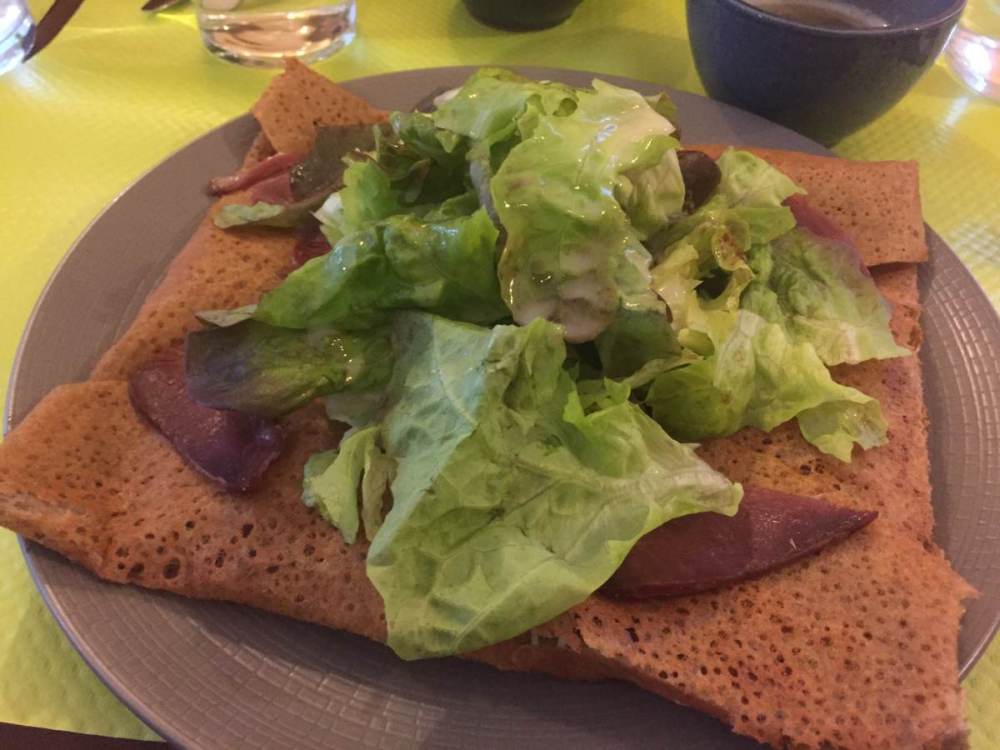 After a good night’s sleep, we woke up a little bit later than usual and decided collectively to keep our schedule light for the day. We visited one World War II beach, Omaha Beach, which was one of the beaches during the Allied Forces assault on Nazi-Germany-occupied France on D-Day. This was the single largest effort to liberate Normandy from German occupation. Being at Omaha beach stirred a feeling in me that cannot easily be described. Seeing the way that the waves rose and crashed made me think about why the death toll of soldiers in the water was so high. Even an experienced swimmer would have great difficulty getting through these waves to the shore. It also put into perspective for me many of today’s great political issues. To see the place where thousands of men died to save people from a government practicing state-sponsored genocide, and consider that there are still places where it occurs, was enough to make anyone turn solemn. Following this, we went to the American monument and cemetery in Normandy. We looked around at our own pace for 90 minutes. I spent equal time in the monument and the cemetery. The monument was educational and explained the conflicts and atrocities in World War II. As we entered the cemetery, a voice over the loud speaker was reading names of American soldiers who lost their lives and were buried there. Seeing the rows and rows of marble crosses and Stars of David, I had to stop as I felt the somber energy that fills the cemetery. I wandered, and looked at the various monuments and chapels there. 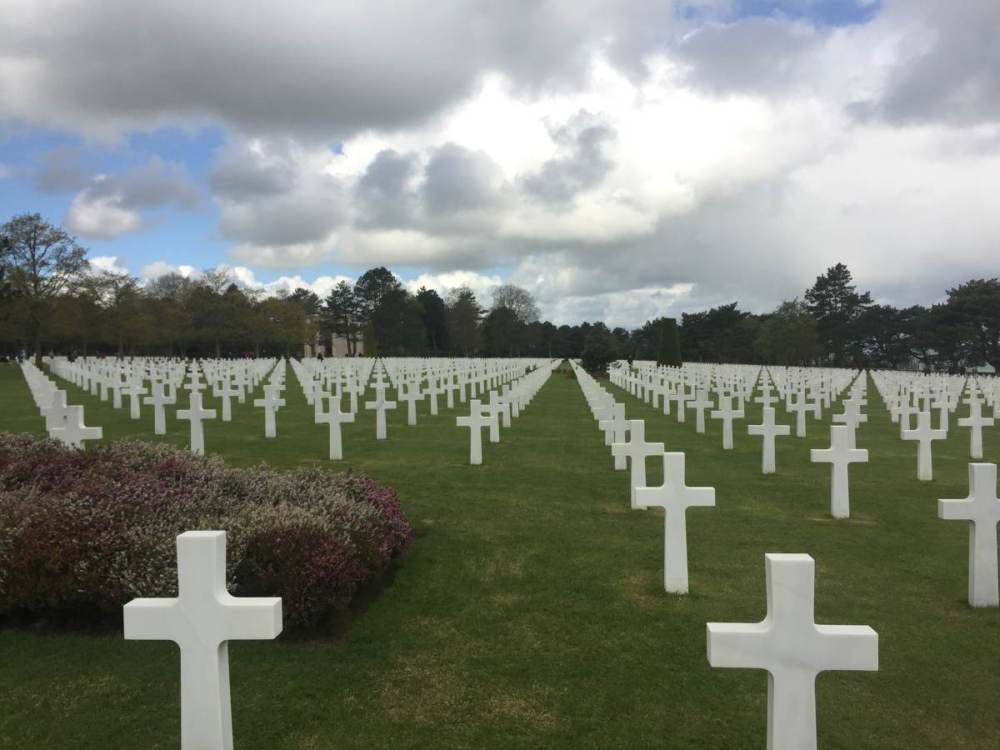 We left and stopped in a small oceanside town for lunch, and then transferred back to Bayeux. I took this afternoon for myself and stayed in the hotel to relax. That evening we had dinner in our hotel and experienced the small nightlife in Bayeux. The next morning, we had an early wake-up call for our transfer to Champagne.

Latest posts by Sean Morrill (see all)
« Italia Per Due: Week 14 » Baking Through the CIA: And They’re Off!