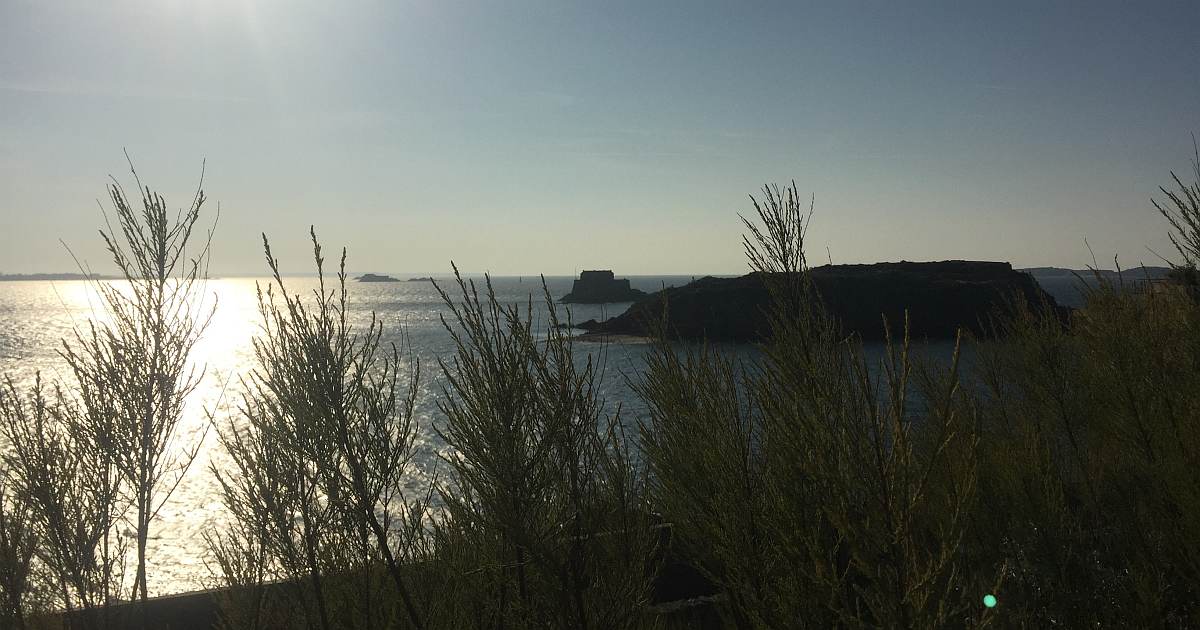 We left Paris behind and began our drive to our next destination—Saint-Malo. It was Sunday, and in France, it is almost being considered a crime to work on Sundays (Europeans like to enjoy their days off). However, Nicolas Durand, the owner of Fromagerie Durand located in the commune of Camembert was nice enough to stay open to give us a guided tour and tasting.

When we arrived at Fromagerie Durand, the telltale smell of a dairy farm hung in the air, and when we walked inside, the smell of strong, funky Camembert was almost piercing. We sat down on mixed and matched old chairs— some wicker with straight backs, and some made from hardwood that probably couldn’t be broken if you tried. Nicolas played a video for us, but because of his remote location, he hardly gets Americans or British people at his farm. The video was exclusively in French, but thankfully our guide, Lise, was able to relay most of the necessary facts. The farm has about one hundred dairy cows at any given time. Each day they produce 1,800-2,000 liters of milk, which in turn, produces 900-1,000 Camembert cheeses. Nicolas’ farm has an AOC status, or Appellation d’origine contrôlée, which means that his farm follows strict guidelines enforced by the French government to make the cheese, including, but not limited to: Cow breed, shaping process, salting process, use of raw milk, curdling process, and more. Fromagerie Durand is the only AOP Camembert producer that lives in the commune of Camembert. The other two producers are within the Camembert region, but outside the commune limits. The experience at this farm was absolutely one of my favorite parts of the trip. I loved seeing the care and detail that goes into something as simple as a wheel of cheese. It was spectacular. 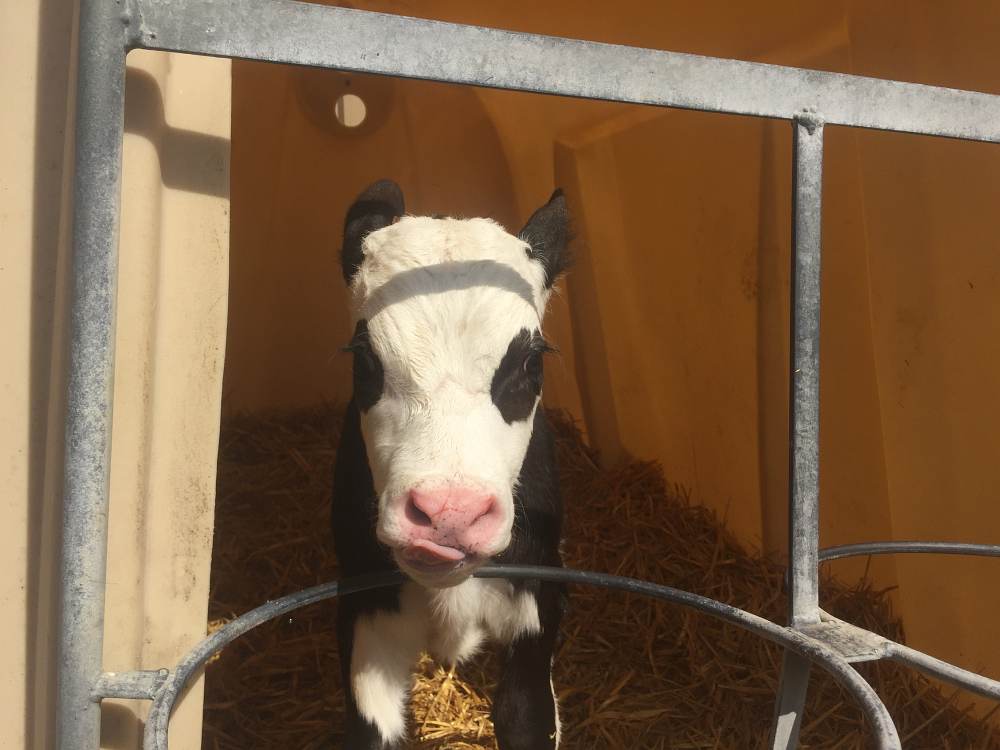 A three-day old calf at Fromagerie Durand. She was very vocal and excited to see new people

The original plan for the day was that before we arrived in Camembert, we would go to a boulangerie and buy sandwiches for a picnic lunch on the farm. However, this plan was thwarted when one of the two boulangerie’s in town was closed, and the one that was open simply didn’t sell sandwiches. So, we settled for some really nice bread from the boulangerie and headed to the supermarket where we purchased all the necessary things for a true French picnic. We divided into teams and bought tons of different meats, cheeses, fruits, and vegetables, and to wash it all down, we bought bottles of Grenache Rosé. 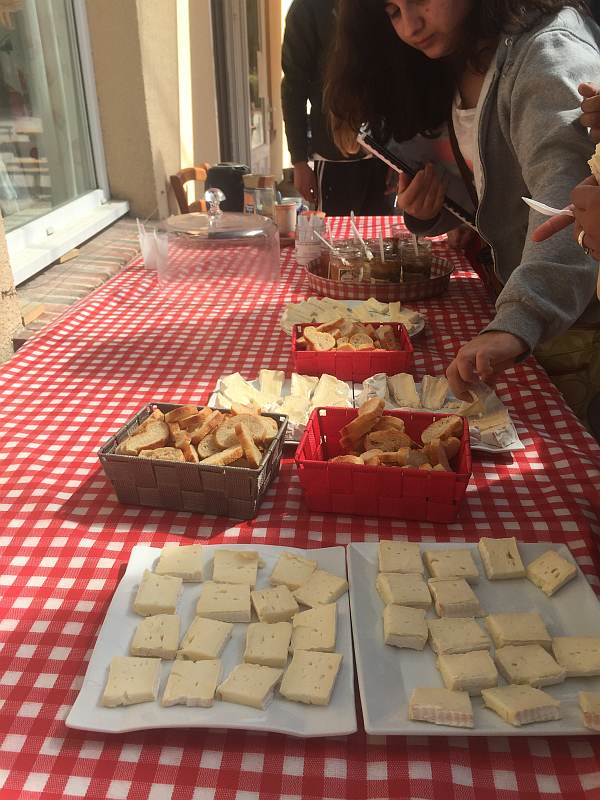 Following our tour and tasting, we laid out all of the goodies that we bought at the super market. Terrine of rabbit, foie gras, and pork; cured hams; and duck rillettes; sat next to comté, goat cheese, and delicious, albeit unsalted, cultured butter. In true French style, we piled it onto baguettes and ate until it was gone. Of course, we had some salad and fruit to round out our meal. Sitting on the grassy field in front of the store, eating one of the most delicious sandwiches I’ve ever had, and sipping a glass of Normandy cider is something that I will never forget. 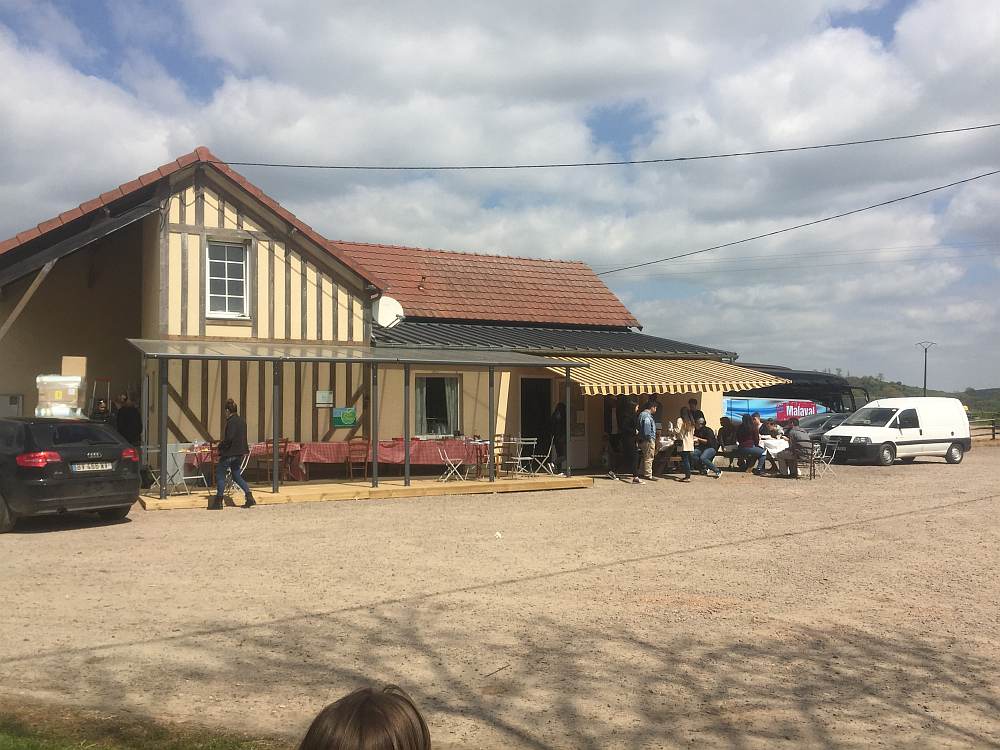 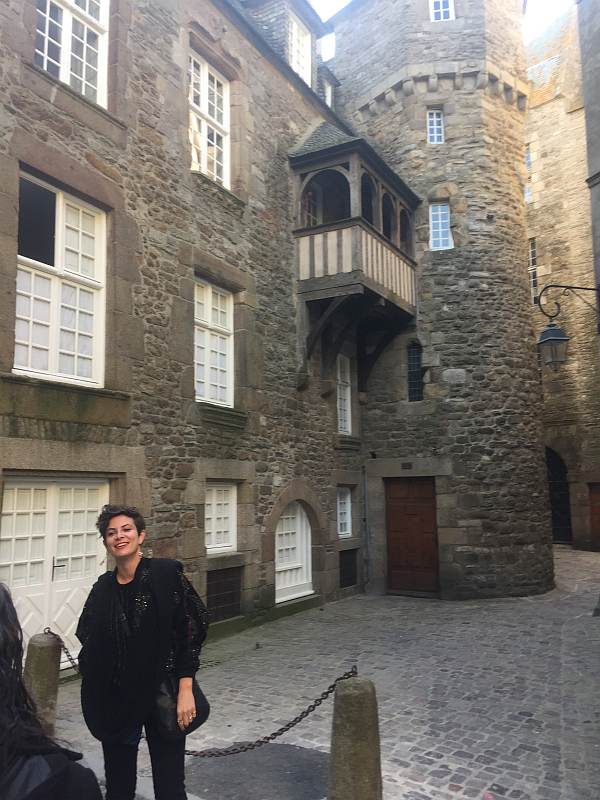 Our tour guide, Lise Mignon, explaining a bit about the city of Saint-Malo

After we rounded up and got on the bus, we finished the rest of the drive to Saint-Malo in Brittany, France. We checked into our hotel, the Hotel Oceania, and freshened up for our evening. Our first stop was a craft beer tasting at a craft brewery in Saint-Malo. The owners described the process of beer making, and gave us their two signatures brews to try, an IPA and a wheat beer. Following the beer tasting, we had a short walking tour of the city, and ended it with a quick, as they say in France, “tasting of the water.” Thankfully, this isn’t a literal translation; it means that we dipped our toes in. After our taste of the sea, we moved on to dinner at L’Absinthe. The staff there prepared an amazing meal for us, and the service and wine pairings were absolutely sublime. The server assigned to us was so talented at his job, and before you could even realize that you needed something, he had placed it right next to you. That night, in traditional French fashion, we went out for “digestifs,” but not too many, because we had a huge day ahead of us. 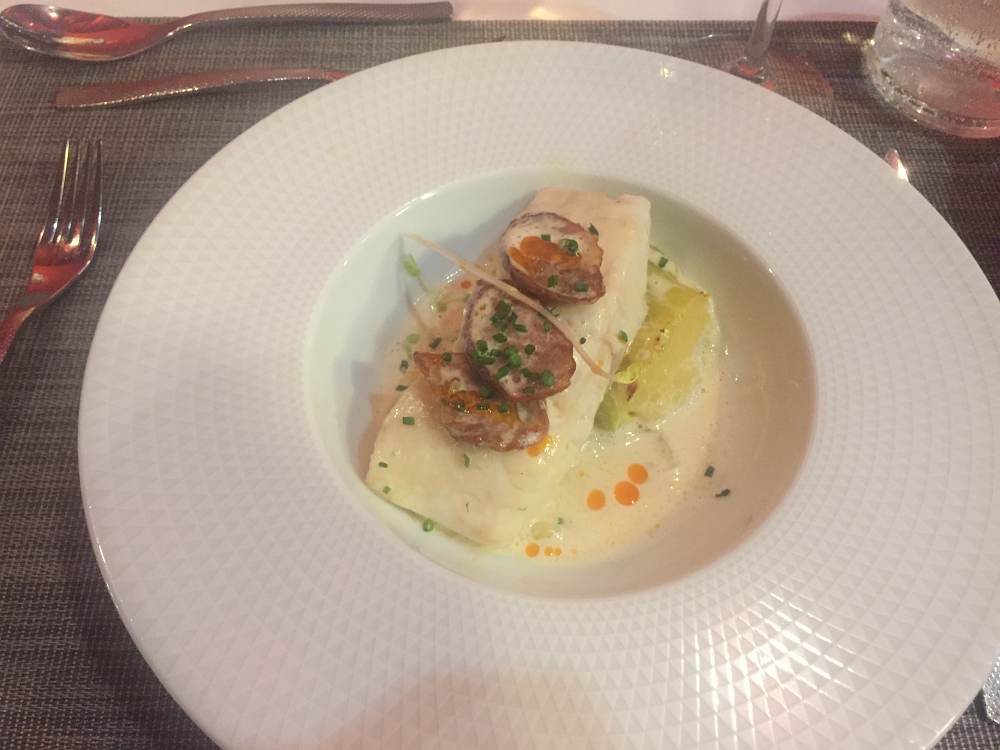