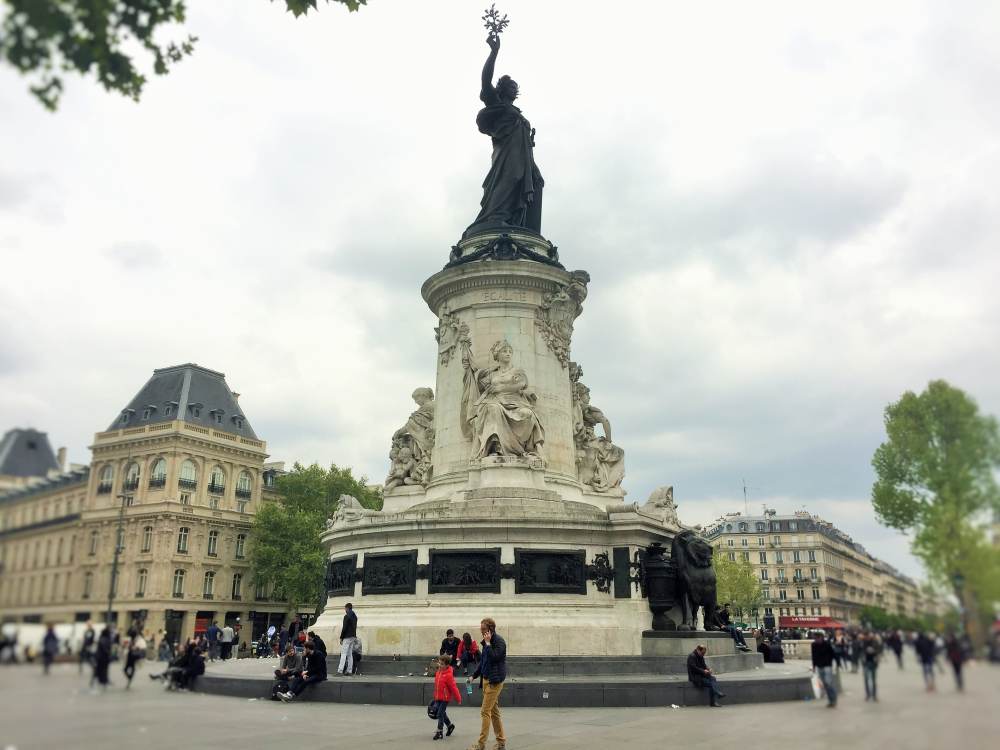 On our third day in Paris, we had a very early wake-up call—3:30 a.m.! We quickly ate breakfast (a croissant and double espresso), and moved to our bus so that we could get to Rungis Market; sometimes referred to as the Belly of Europe. That’s probably because Marché d’Intérêt National de Rungis is the largest wholesale market in the world! On our 45-minute drive to Rungis, I was grateful that my curiosity and fascination kept me awake. We drove past the Louvre and the Arc de Triumph, both looked absolutely stunning. They appeared to be on display, illuminated by numerous powerful lights and freed of the mobs of tourists that usual surround them. 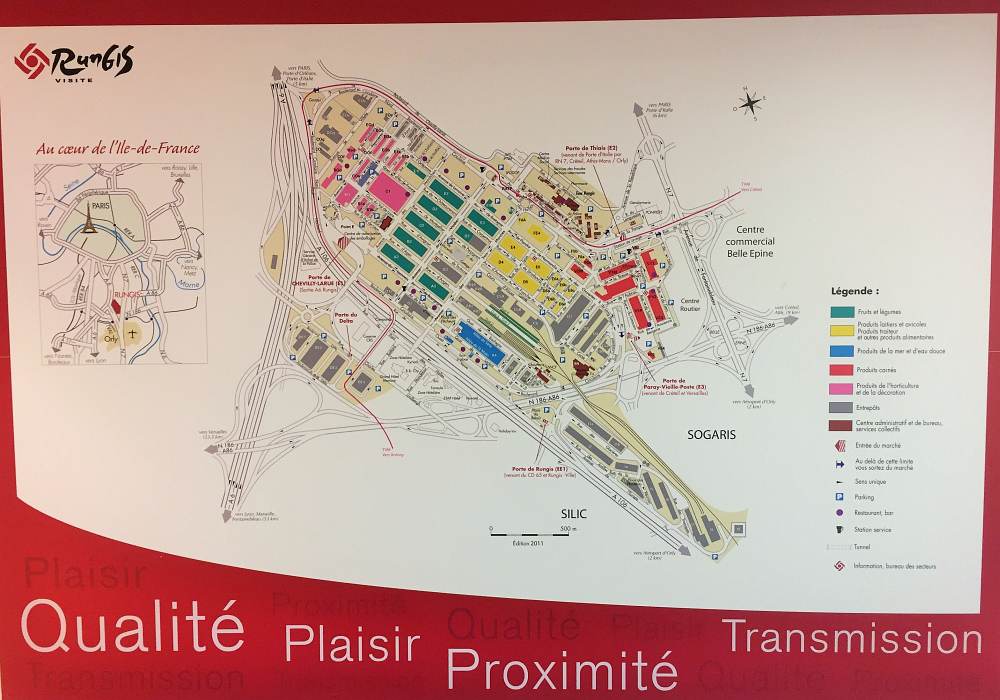 Despite Paris’ location nearly 500 km from the ocean, when we arrived at Rungis, the smell of the sea was overwhelming; We had arrived at one of the fish buildings, where fish arrive fresh every single day at 2 a.m.—the earliest of any of the separate markets on Rungis property. Our Rungis tour guide explained to us that the market does more than 9 billion Euros of business annually! That’s 9.9 billion USD! It makes sense when you consider that the fish markets alone are 26,000 square meters. Rungis had everything there is to offer, and any food you could possibly need. We toured buildings containing fish, vegetables, fruits, flowers, fabricated and whole animal carcasses, and cheese and dairy. The expanse of products available left me in awe, especially seeing all of this activity happening before 8 o’clock in the morning! Following our expansive tour of Rungis, we ate at one of the seven restaurants on the property. They served us cured ham, dried sausage, pork belly, a hard and soft cheese, baguettes, green salad, fruit salad, more espresso, and another croissant! After our second breakfast, I’m pretty sure not a single person stayed awake for the drive to Versailles.

When we arrived at Chateau de Versailles, I was quite honestly very taken aback, because this place is absolutely massive. Louis XIV had the palace built to escape the city of Paris, and he housed the entire court here. It contains more than 2,000 rooms, and on my one- hour tour, I felt rushed to see maybe 20 or 30 of them. The details in every room gave a small insight into the mind of a king. Everything was grandiose, not a single detail was left unaccounted for; you could find no flaw in the façade or the decoration. The same could be said for the gardens around back. The scope of the gardens is larger than life, featuring 800 hectares of space, and 50 fountains. I lay in the grass near one fountain listening to the water and nearby music, and thought about what this must have been like for the king. Each of these fountains used to be operated manually, and a live orchestra of musicians would have played that the music I was hearing. I stayed there, taking it all in for a little under an hour, and it was totally worth it, despite the sunburn. I left the rest of the gardens to see on my next trip to France.

We had a lovely lunch in Versailles at Chez Stefs. From a space that is honestly no bigger than a closet, the chef served all 27 of us three beautiful courses—pâté with onion jam, perfectly cooked halibut with seasonal vegetables and tomato jus, and a key lime pie verrine. Following lunch, we visited the “Potager du Roi,” or the vegetable garden of the king. It was commissioned for Louis the 14th and designed by John Baptiste. The land was originally a wetland, so it took an immense amount of manpower to make it suitable for growing fruits and vegetables. The Garden is designed very specifically to protect each of the plants from natural elements like wind. It is recessed into the ground, and on the ends of each of the gardens are “Espalier Trees” which are really just fruit trees that have been trained to grow in the manner of a wall. This garden was almost overshadowed because of Marie Antoinette’s Garden, but today, it is kept up by a staff that cares for the garden very much. The food produced in this garden in organic by U.S. standards, but it isn’t labeled as such because in France, the label Organic is very expensive to obtain. Our tour guide explained to us that the garden is based on agricology, which involves changing the way that you think about food, and how it is produced; this is why the garden boasts a chicken coop and multiple bee hives. After this long day, most of us took a nap or turned in for the night completely, so that we could be ready for our free day in Paris. 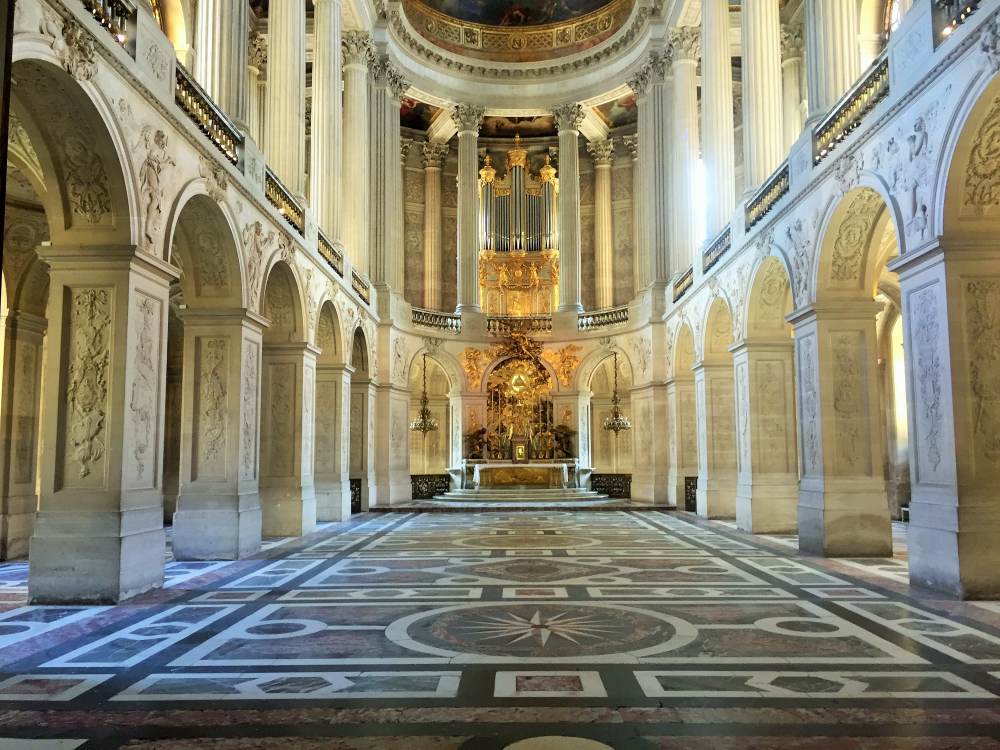 Today, is our free day in Paris, I decided it to dedicate to living like a Parisian (with a little “tourist” thrown in). First, I wandered into the Galleries de Lafayette looking for the food hall, and in true tourist fashion, I got very, very lost. Galleries de Lafayette is essentially a huge mall, and when none of the stores look familiar, it’s a bit difficult to find your way out. Little did I know, until I reached the terrace, on the seventh floor of the building, that they food hall my friends and I were looking for was actually across the street. Oops! We made it across the street, and I found myself at a Boulangerie. As I stepped up to the cash register I realized, “I have to order in French now.” After politely asking if the cashier spoke English, I was assured that he did not, and nervously in my best, broken French—and with vague hand motions—ordered the smoked salmon sandwich that was calling my name. We ate outside and enjoyed each other’s company, deciding where to go next. 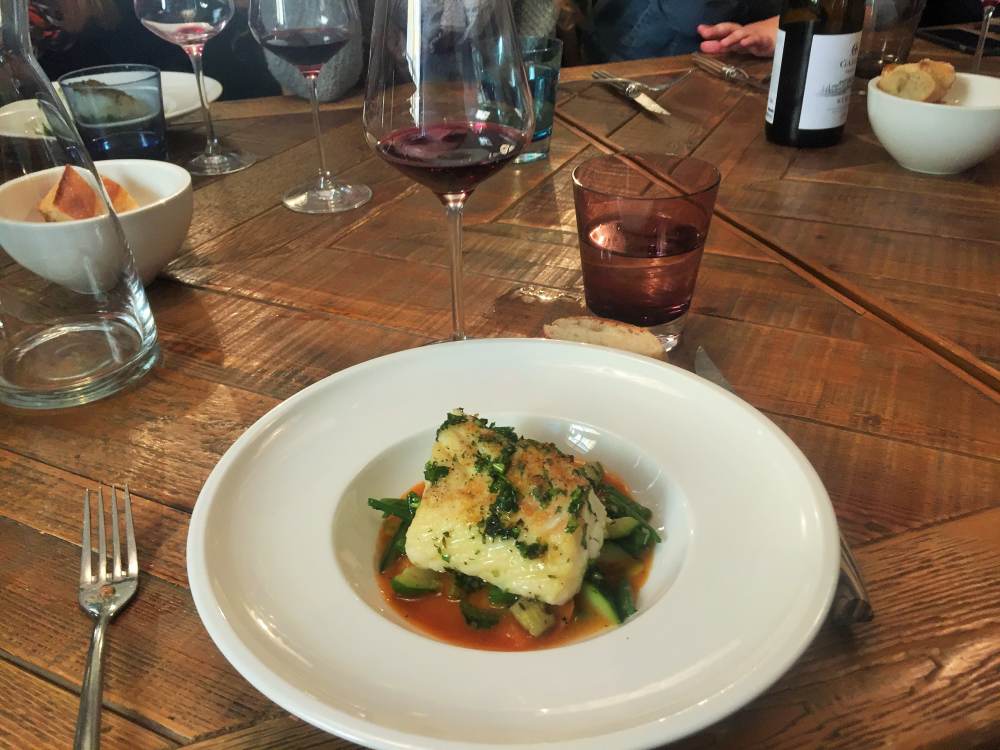 Thankfully, our friend who had visited the CIA from Chateau Thierry, France suggested that we check out La République, a square that a lot of young people hang out at. We found a café, ordered a bottle of Provence Rosé, and slowly drank it while people watching and acting as like Parisians as best we could. One dead giveaway that we were American though was how quickly we asked for the check. All around us, people had long finished their meals, but still they stayed, with no rush at all, no sense of urgency to be anywhere else. For the Parisian, sitting at a café takes a whole afternoon.

After our failed attempt at being Parisian, it was finally time to see the Eiffel Tower, up close and personal. A short metro ride away, and we were there! The Eiffel Tower was standing in all of its glory, much larger than expected. It’s funny; you never really understand how large something is until you’re right next to it. You can see it in postcards, in movies, and from a distance, but until you pay the 13€50 to go to the top, and see how small everything else looks, you don’t understand. We arrived just before sunset, and by the time we came down from the top it was starting to get dark. I ordered a raclette sandwich from the food fair at the base, and stayed to watch the glimmering light show, leaving a lasting impression to draw me back in for my next visit to Paris.