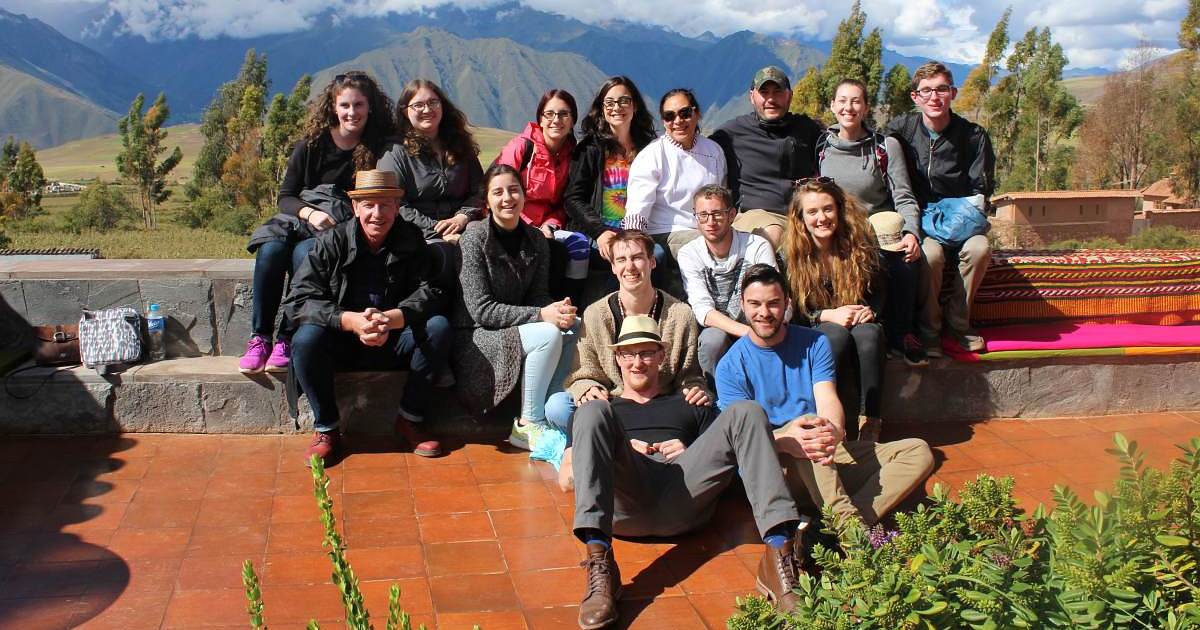 After a scenic and somewhat bumpy ride throughout the mountains, we started the morning by visiting the Moray Agriculture center. 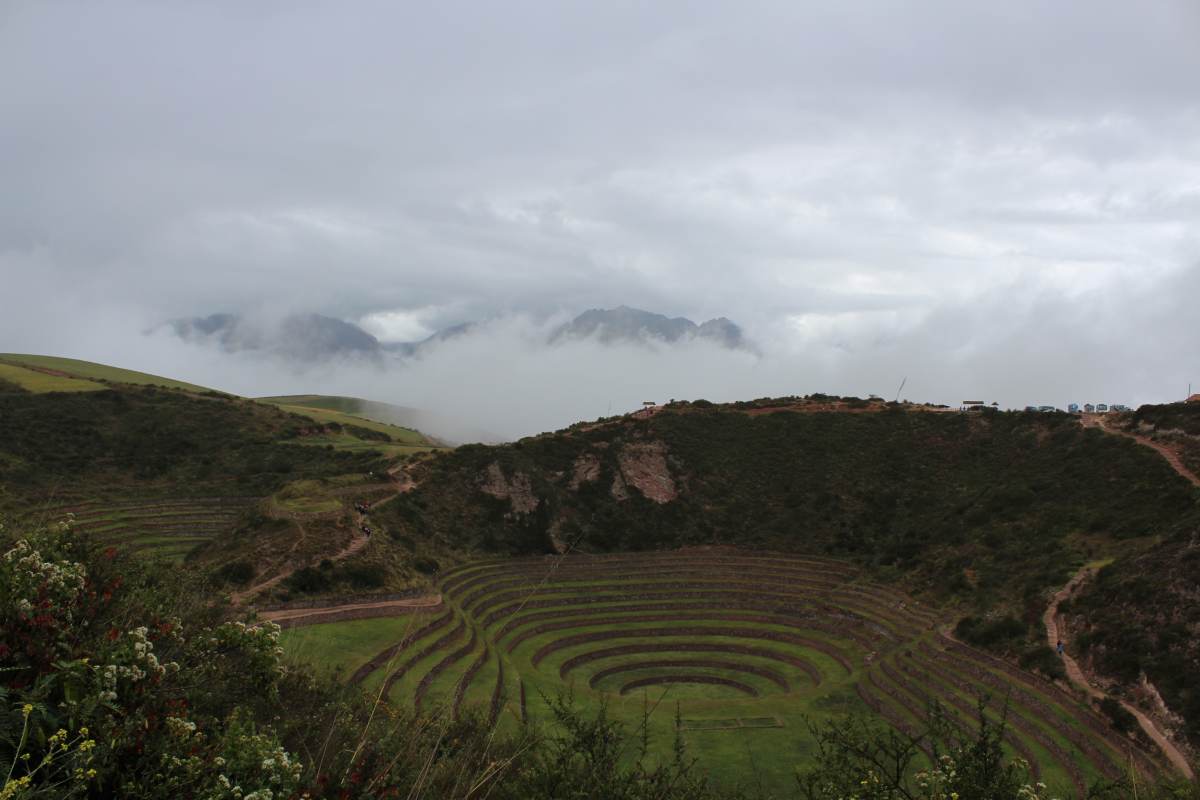 The Moray agricultural site was not only breathtaking, but it gave us a glimpse into the technological and scientific advances that the Incan people were capable of

These remains showed just how technologically advanced that the ancient Incan people were; each ring denoted a different temperature. Therefore, the same crop could be tested on each level to see what crop grew best in different sublimates. On a personal note, it was amazing to see in first-hand, what we had discussed in class (more specifically, Dr. Costura’s Ancient Foods in the Modern World: Latin America). This was the kind of all-around educational experience that I had multiple times throughout the trip. We walked around, took in the fresh dew and mountain air, and then headed out to lunch at Jeremy’s house. 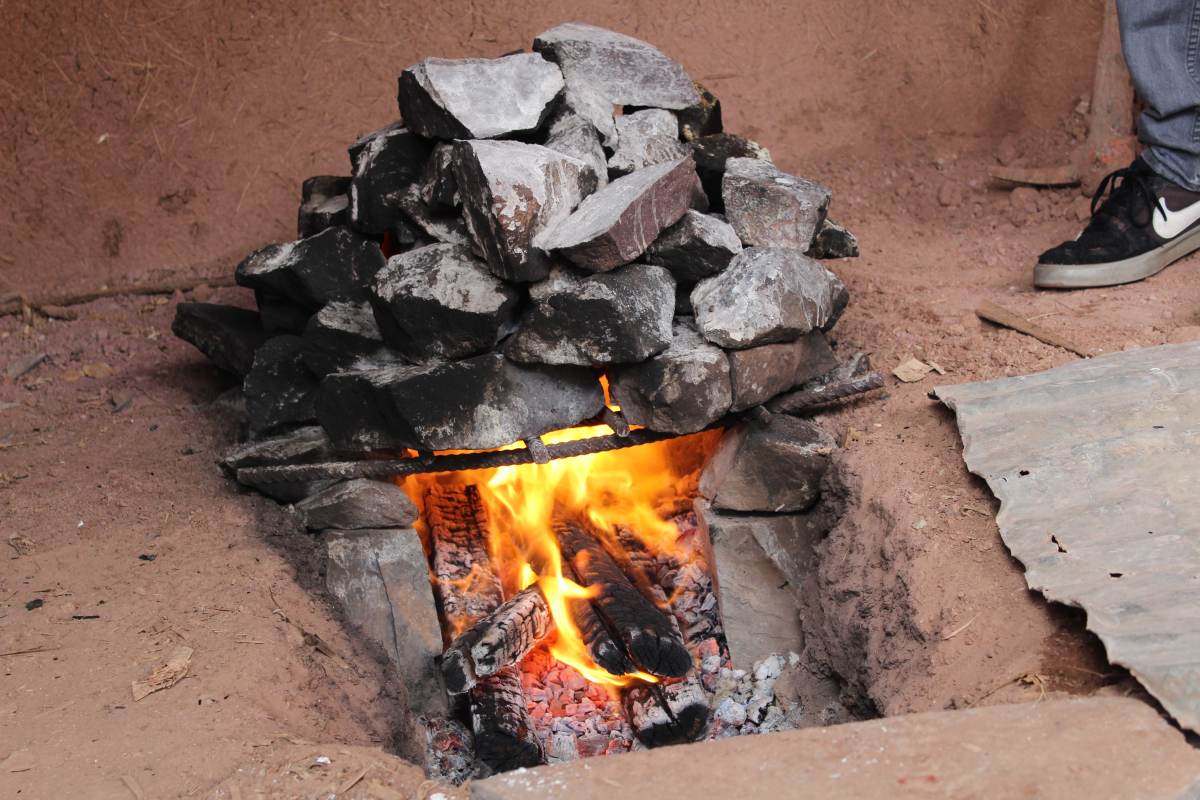 Volcanic rocks were heated over a very hot fire

We stopped in one of the many villages scattered throughout the route back to Cusco. Jeremy’s house was beautiful, and his wife was a chef of a successful catering company who was a cousin of the famed Peruvian chef Gaston Acurio. Jeremy and his wife, Tati, were preparing us a traditional Pachamanca lunch. This involved heating up large stones and layering food in a pit, using the heat from the stones to cook the various marinated meats and vegetables over the course of a few hours. The mouthwatering smell of roasted meats filled the backyard as we toured Tati’s garden, sampled Peruvian wine, and partook in a traditional Incan prayer to the gods. The backyard overlooked the mountains, and as I ate the delicious meal I had to take a minute to appreciate the natural beauty around us. It was an incredible time! 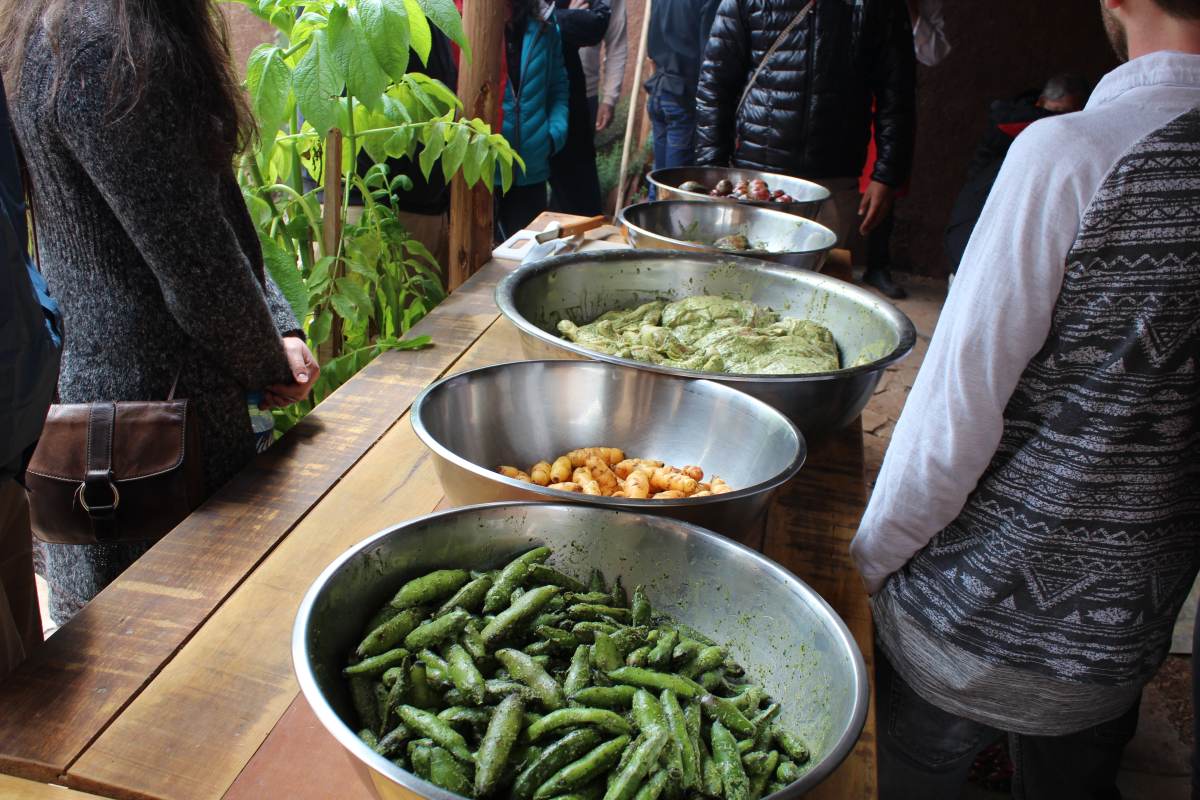 Meat and vegetables were marinated in an aromatic mixture of herbs, salt, and other seasonings 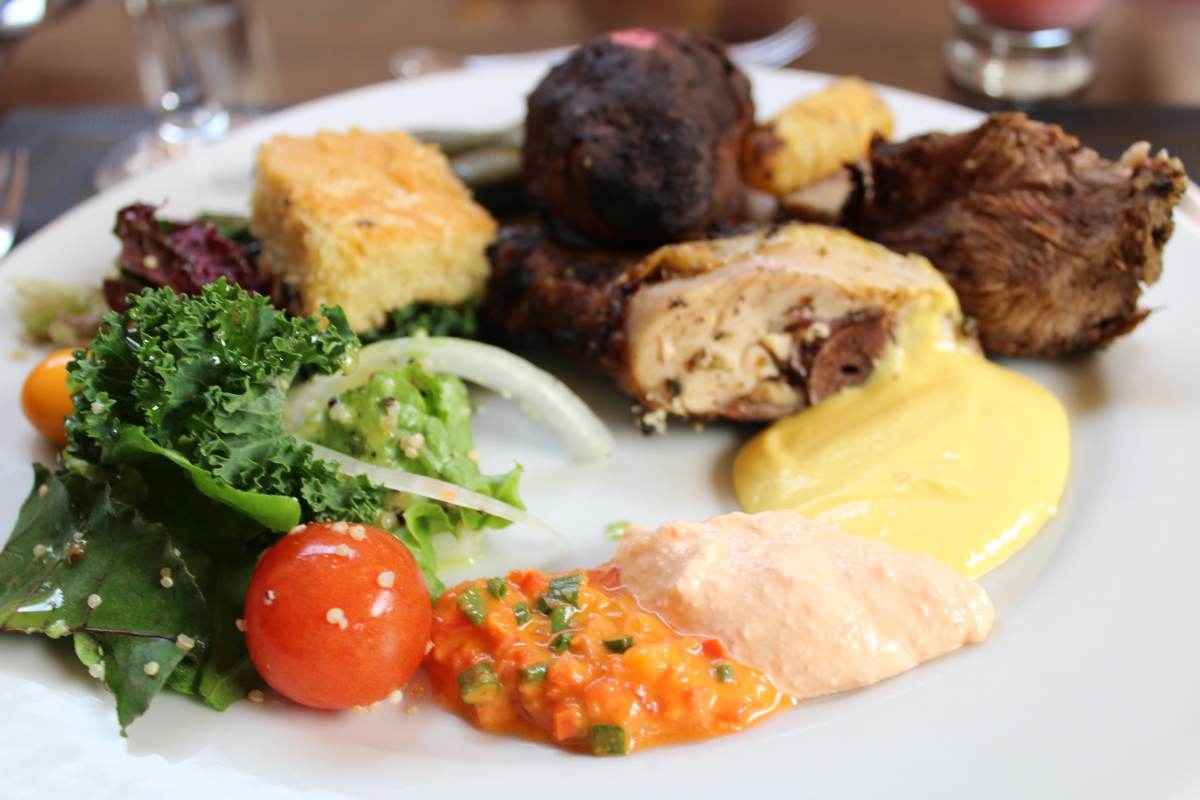 All of the meats were accompanied by various dipping sauces, including one made with aji amarillo

Latest posts by Dan Salisbury (see all)
« Global Cuisines and Cultures: France Trip 3 Camembert and Saint-Malo » Italia Per Due: Week 13