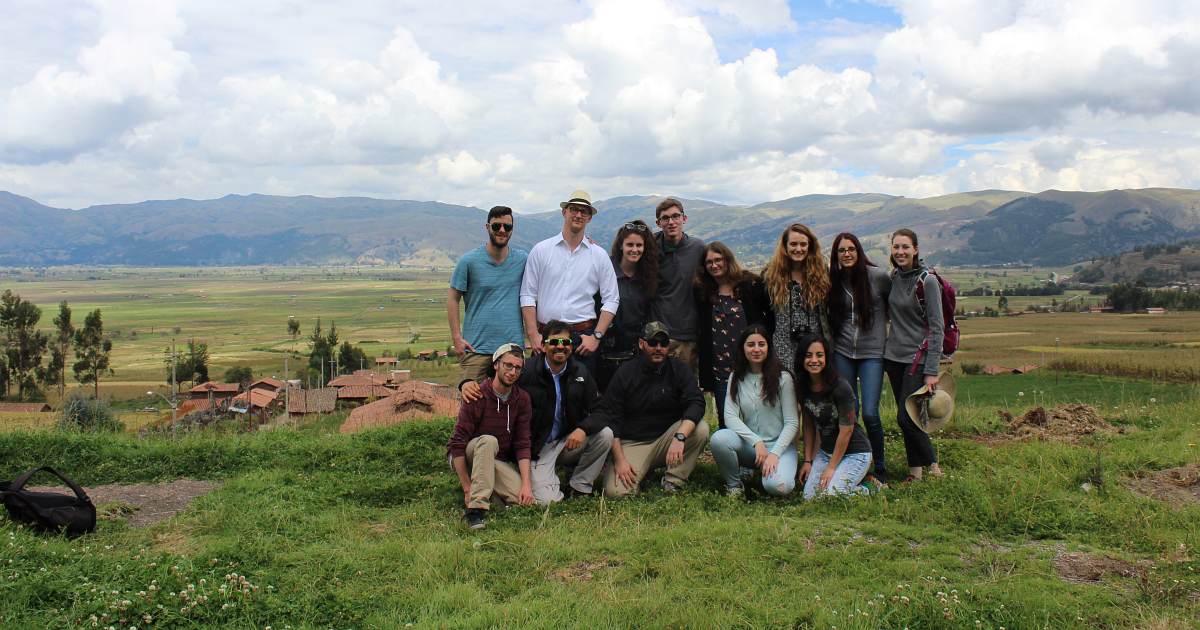 After a surreal morning spent waking up in our hotel in the mountains, we took a short drive to one of the local food markets in Urubamba. The open-air market was full of fresh meat and poultry, colorful and fragrant spices, and completely different than any market that I’ve been to in the States. Between the freshly killed animals hanging in the stands to the unique fruits that lined the market, it was definitely an interesting experience walking through the market in the early afternoon. What stuck with me was the quality of the meats. The shade provided by the rafters cooled the market down to appropriate temperatures for leaving meat out for an extended period of time. Vendors were washing the innards and offal in the sinks located behind their stalls, and I spent a good chunk of time watching the older ladies in vibrant ponchos grinding meat to order for the various crowds that were sporadically forming. To me, there’s a lot of natural beauty that comes in the form of old age and wrinkled foreheads of the women who have sold their goods at the market longer than I’ve been alive.  I concluded my morning by watching another vendor shell tarwi, a kind of bean that is mildly poisonous if left unshelled. 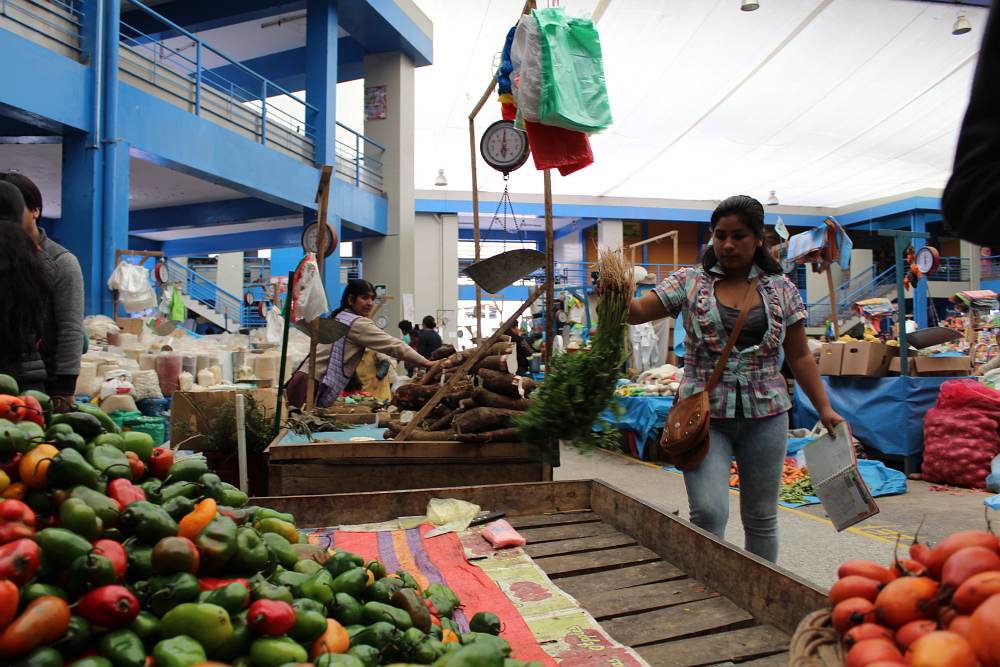 The market was vibrant, full of people, color, and a lot of different kinds of fruits and vegetables

After the market, we took a ride through the mountains to visit the Institute of Agricultural Research (INIA), which among other responsibilities, is in charge of cataloging and performing research on the many varieties of potatoes and quinoa that is of such importance in Peruvian culture—not to mention the main export. Peru also is one of the world’s leading exporters of asparagus!The INIA is an amazing project doing great work, and it was also awe-inspiring to see that such a modern institution was founded on ancient Incan terraces. It was a modern reminder of the technologically minded ancestors of Peru. 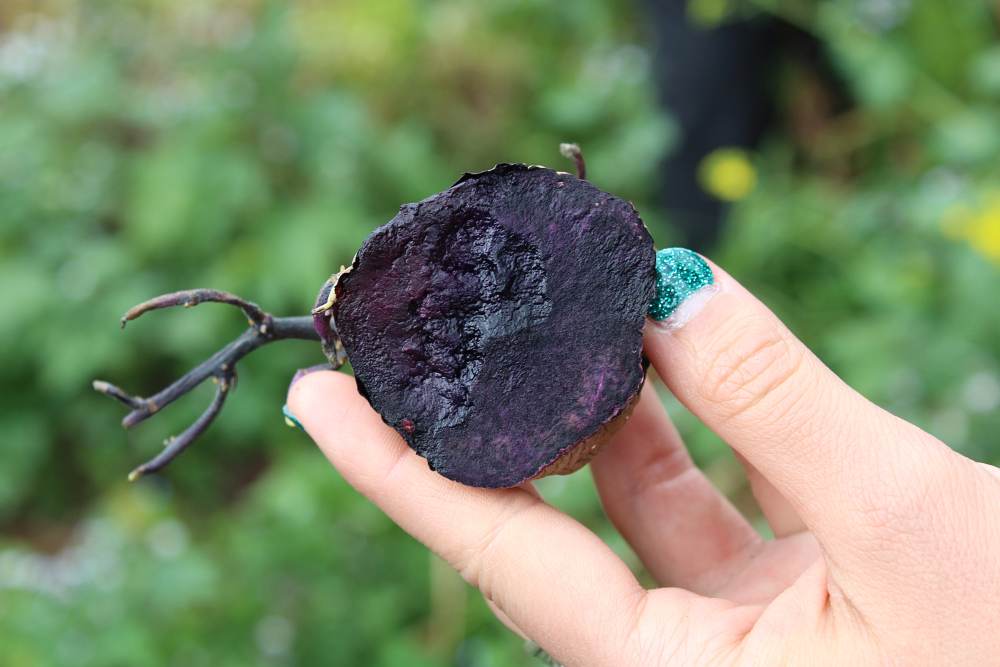 There are more than 2,000 kinds of potatoes in Peru!

To conclude our day, we ate an early dinner featuring a traditional roasted pig. We were given a tour of a family farm, observed a demonstration of how they prepare the pork and ate quite a large meal! Hints of smoke from the centuries-old oven countered the spicy and salty crust of the pork, which had been marinated in aji amarillo and huacatay—aa minty, somewhat fruity herb. All of this was washed down with a local beer and we concluded the meal with traditional shots of an anise liquor (think Aquavit). 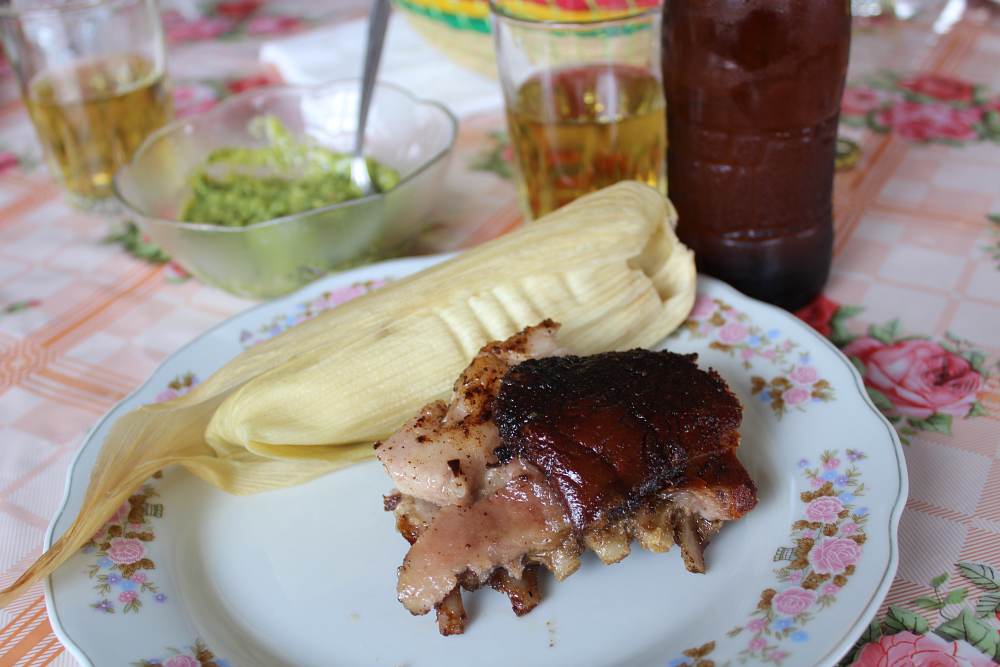 We finished the day with a delicious pig roast!

Latest posts by Dan Salisbury (see all)
« Global Cuisines and Cultures: France Trip 4 » Baking Through the CIA: Counting Down