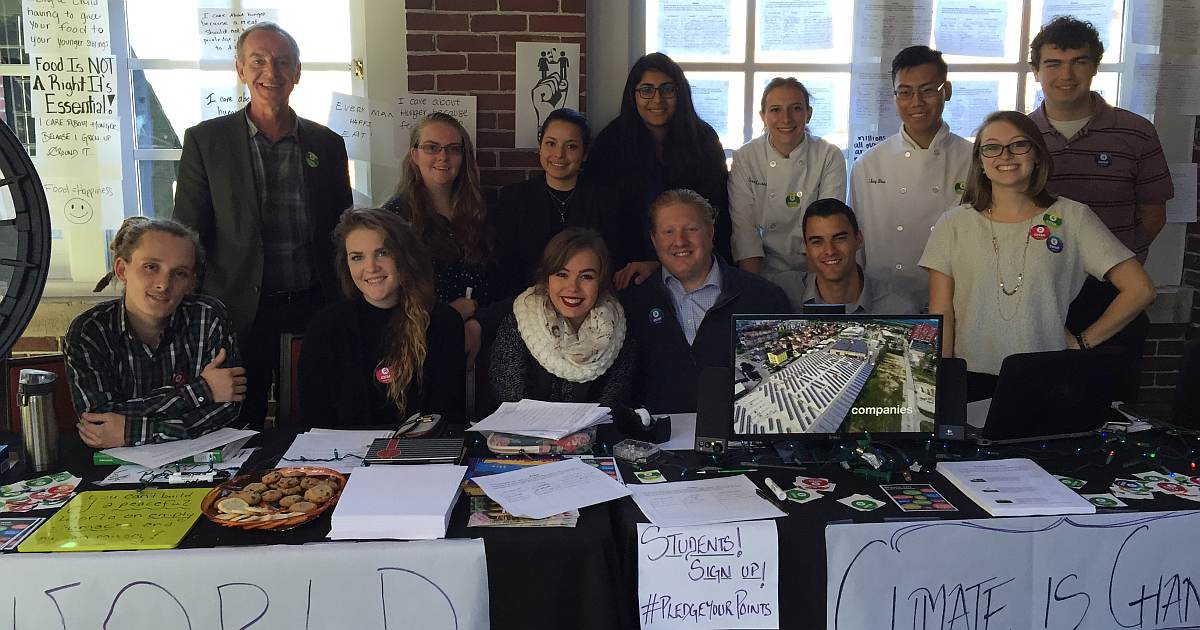 My name is Dan Salisbury, and I’m a current bachelor’s degree student majoring in Applied Food Studies (AFS). This major is fairly unique and new here at the CIA, and I’m really excited to be part of it. AFS encompasses a whole range of classes and I’m going to talk about two of them here.

Most recently, in my Applied Food Studies class (yes, it has the same name as the major!) with Associate Professor Dr. Willa Zen, we spent time transcribing some of the old menus in the CIA Archives and Special Collections. Our goal is to digitize the original copies of the thousands of print menus that the CIA currently houses. The CIA archives are located on the main floor of the library. Each student was in charge of picking one of the menus that Nicole Semenchuk, the digital collections and archives specialist, had on display. Then, we transcribed the text of each menu into a program. Each menu would soon become part of a large and easily accessible online database.

The point of this exercise was to familiarize us with handling older menus. There’s something inspiring about being able to touch menus from the early 20th century—the oldest menu was from 1855—and see how food and restaurant culture has changed significantly from decade to decade. This idea actually became a prompt for an essay I was required to write analyzing two separate menus from the archives. At first, I was a bit daunted by this task; how would I be able to pick out two menus from the roughly 30,000 choices that were available? Out of the corner of my eye, I spotted the front cover of a menu with the words “Pittsburgh” that stuck out to me. Having moved to the ‘Burgh’ during my junior year of high school, I was inclined to take a look at it. 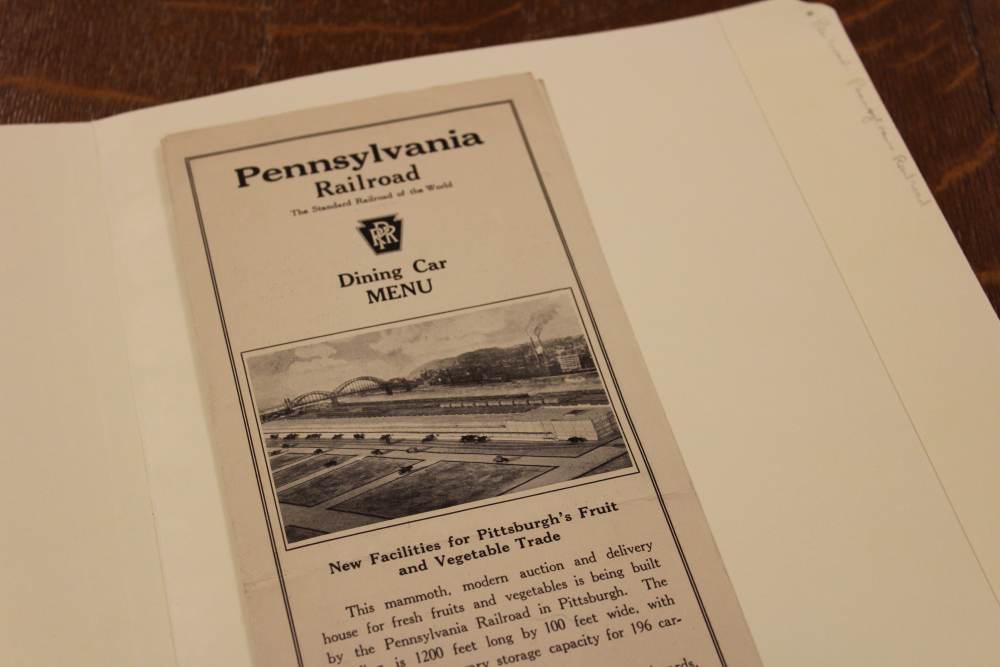 This smallish, tan-colored menu turned out to be a dinner menu for the Pennsylvania Railroad from the 1920s. What intrigued me, however, was the picture of the building on the front cover. Upon further research, conducted in my dorm room in the early hours of the night, I found that this soon-to-be-constructed building would later become a Pittsburgh produce terminal and was built by the Pennsylvania Railroad. This eventually became part of the historic Strip District, which I found to be a bit of a cool fact.

Sticking to the railroad theme, the other menu I chose was a dinner menu from the New York Central System Dining Service from sometime in the 1940’s. This gave me some decent material to write a (hopefully decent) paper on. We get our grades back soon… 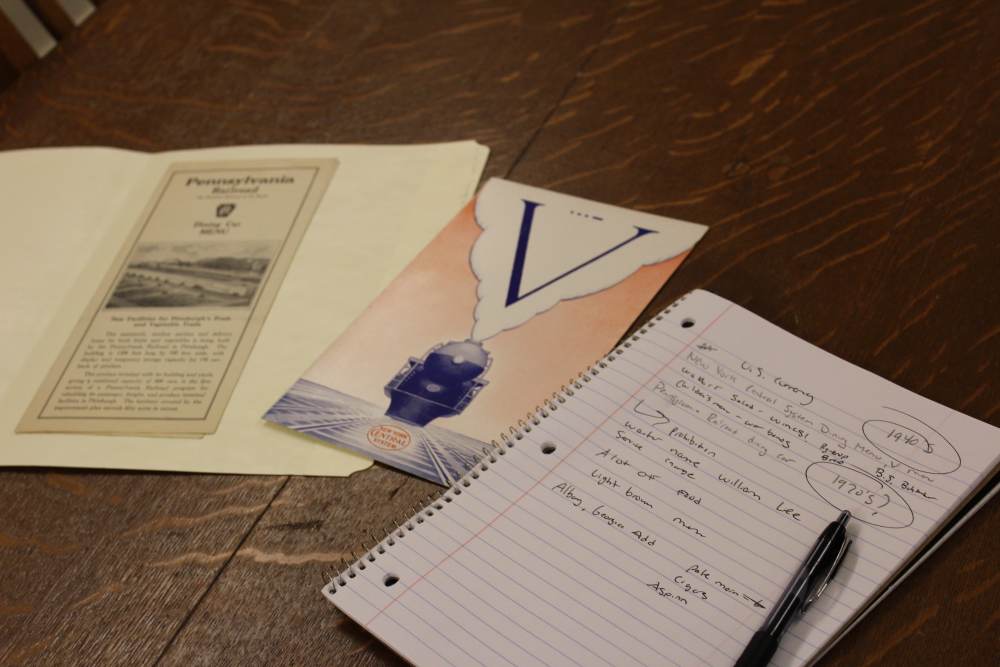 Another one of my AFS courses is Food Policy. Taught by Associate Professor David Flynn, this class covers the basic structure of government and helps us understand the “power dynamics” behind food and farming policy. The class is structured in a roundtable format, allowing for constant interaction between the students and the professor—which has definitely led to some heated debates.

As one of our classes, the entire group went down to the hallway near Farquharson Hall to spread awareness for World Hunger Day. The idea was to engage the local CIA population on this topic. We manned an interactive table that had a “wheel of fortune,” which students and faculty spun and then answered hunger-related questions.

Another fun and interactive aspect of the event was allowing passersby to put their own sign on the wall in response to our prompt asking them to finish the sentence, “I care about hunger because…” 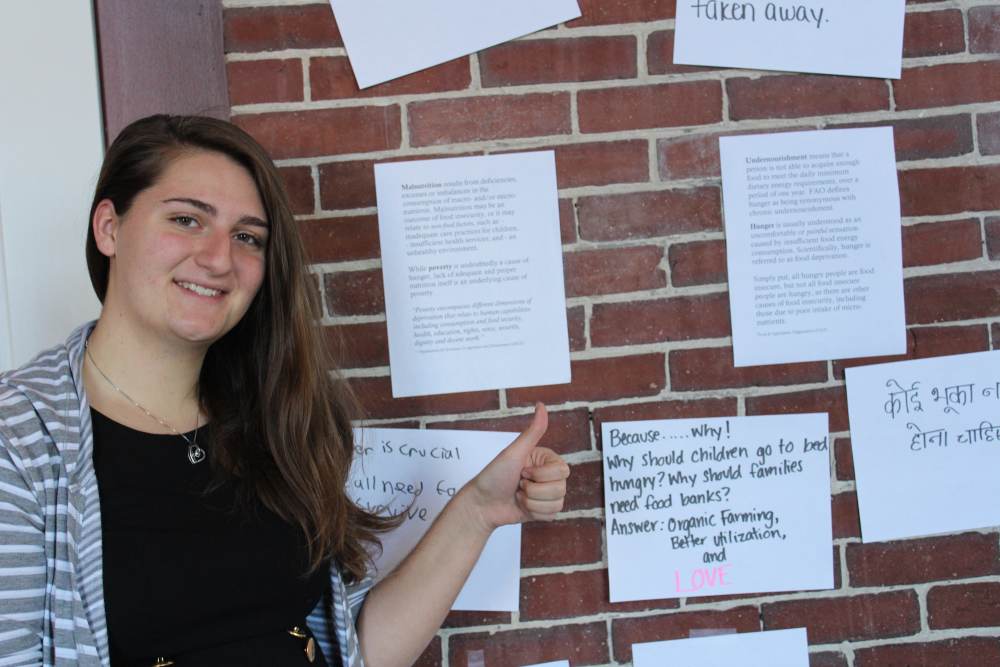 There was also a prompt dealing with climate change, and we encouraged students and visitors to write and post their thoughts on climate change. 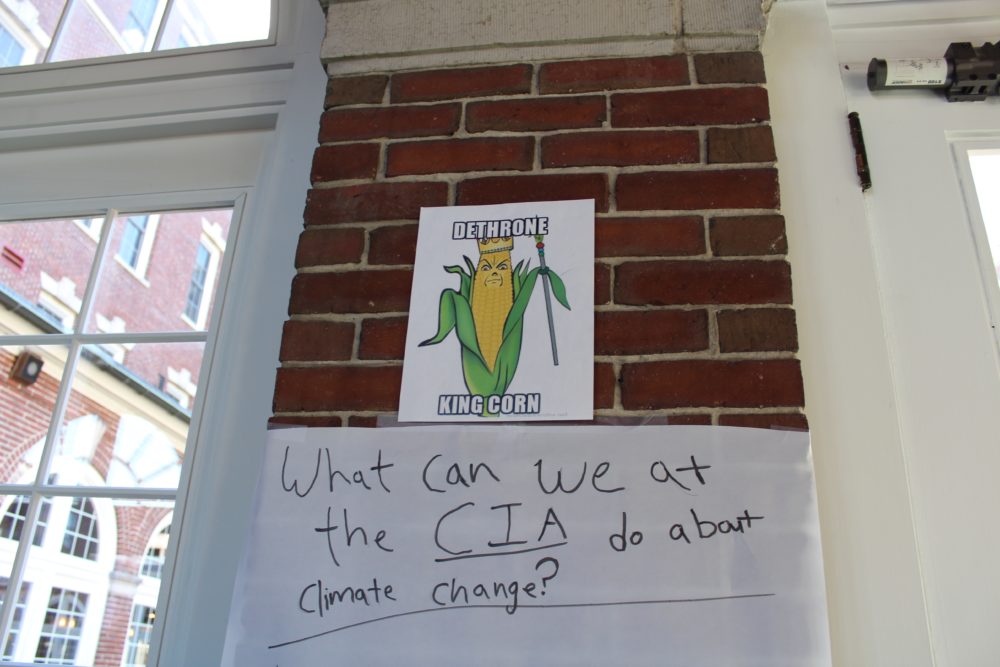 With the many informative handouts and stickers given to plenty of students walking through the hall, we were able to spread the word about hunger issues throughout the world. 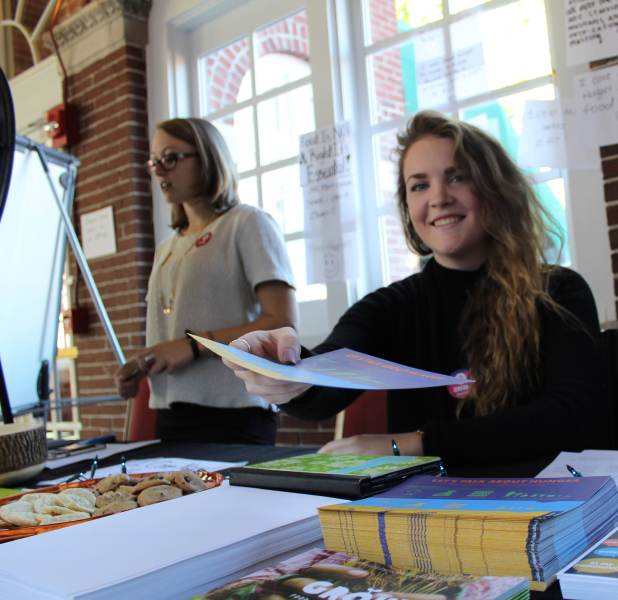 There was also a student-initiated petition that we were getting students to sign. This petition was an attempt to find a way to use leftover meal plan points and donate the monetary value to local food banks. The petition is still making its way around campus! 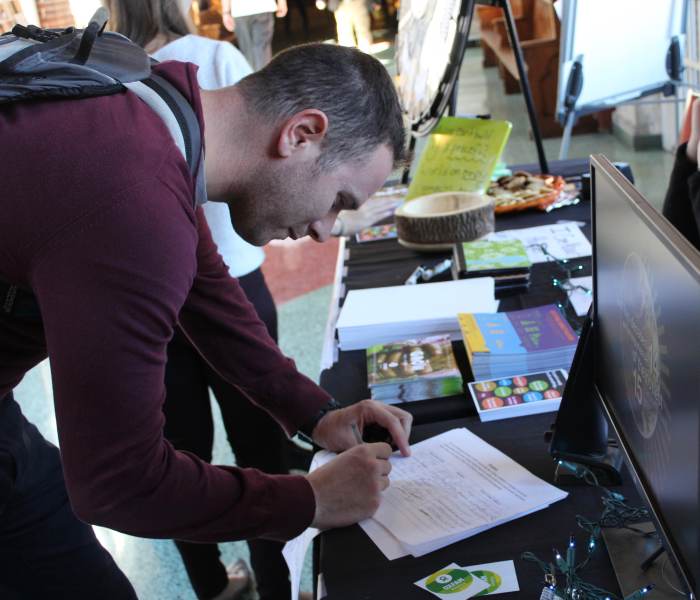 This event was a combined effort between Prof. Flynn’s Economics classes (Micro and Macro) and his Food Policy students. All throughout the day, there were students at the table and in the hallway. The petition garnered more than 300 signatures! I found it to be quite fun and informative—a really successful day.

There are always a lot of events and activities going on each and every week. If there’s not a guest speaker or a summit with Governor Cuomo hosted at the college, there are off-campus events, restaurants, and festivals that need attending. I’m definitely always doing something every week that is related to the topic of Applied Food Studies, and I look forward to sharing what’s going on with you!