“Food is Life” …with a pinch of soccer for taste! 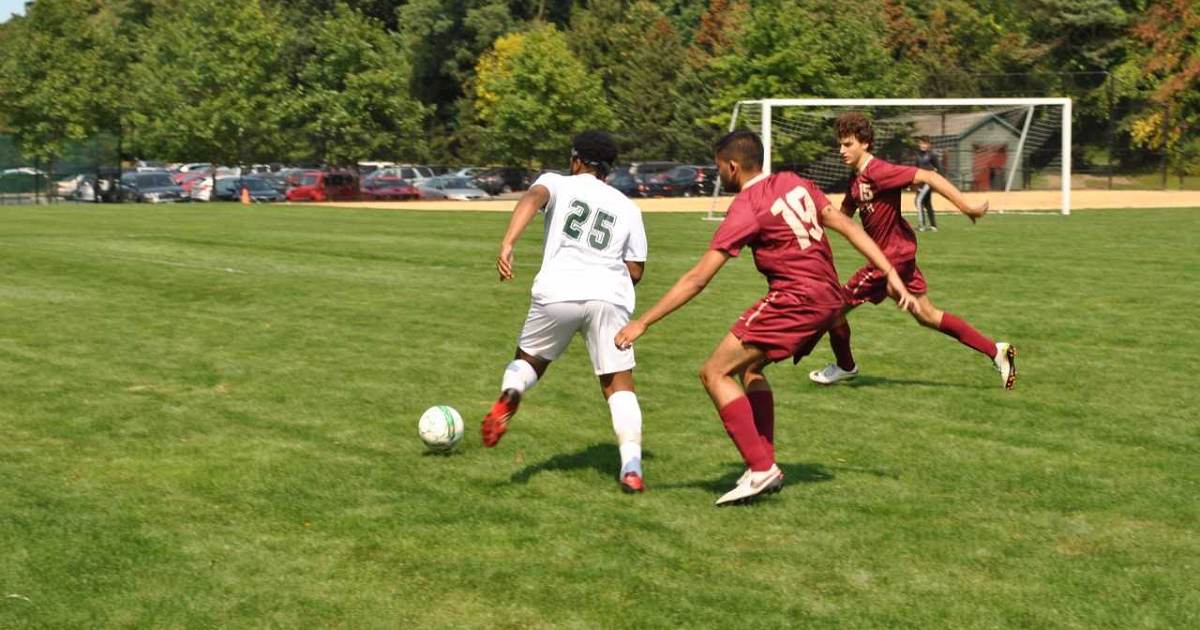 These career-driven students have an equal passion for the culinary and a much-needed athletic life in competitive soccer made possible by caring CIA directors.

Coach Jim Sanborn is the fourth head coach for the Steels, entering their 13th season in the Hudson Valley Intercollegiate Athletic Conference. “To be a college athlete at this school is borderline insanity. I wouldn’t trade it for the world!” said a recent graduate, 2016 co-captain, Brent Goodbrake (#5)

“I didn’t know The Culinary Institute of America has a soccer team!?!” We admit we muttered the same inquisitive remark. At 12 years old, the athletic program is still a new addition to their menu. But what is revealed here is a healthy serving of a second passion. 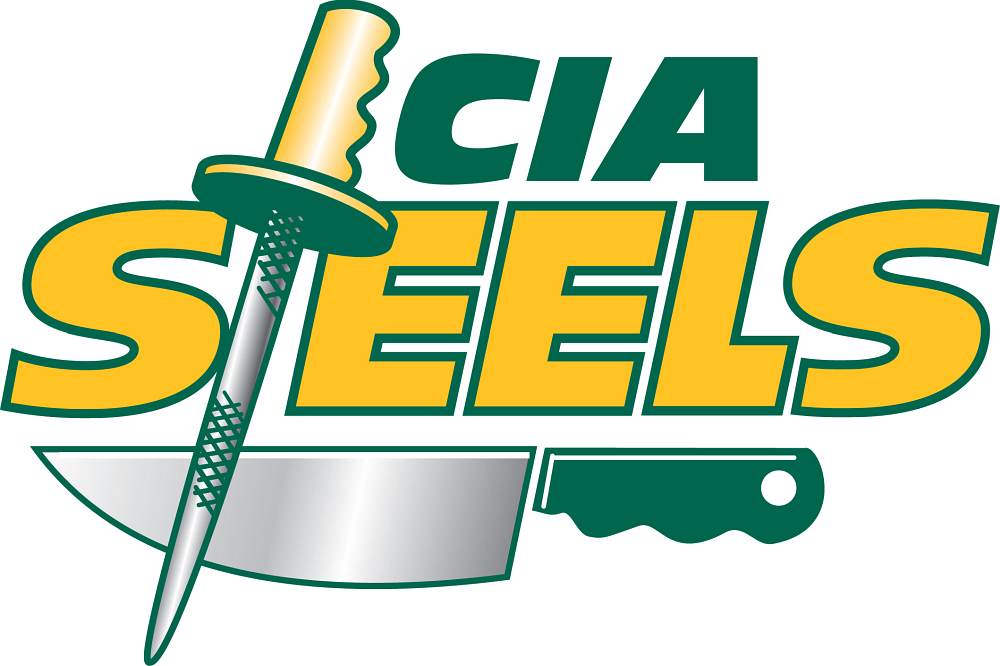 Puns aside, the CIA is recognized as the world’s premier culinary college with the highest reputation for excellence. Whether you want to become a top chef or take part in any of the wide array of professional culinary careers, you go to the very best college of its kind – The Culinary Institute of America…and it’s in our Hudson Valley!

Formerly known as the Restaurant Institute of Connecticut, it started in 1946 in New Haven by two women – Frances Roth and Katharine Angell. The demand for culinary education outgrew its Connecticut location. In 1972, it established its new home in a former seminary on the bank of the Hudson River. Today, the CIA offers four-year bachelor’s degrees in food business management, culinary science, and applied food studies; and two-year associate degrees in culinary arts or baking & pastry arts. The college also has campuses in California, Texas, and Singapore. To date, it has more than 49,000 alumni.

All CIA degree programs are very intense and the hours are extremely long. The one thing that many of these national and international students have in common was their second passion: Soccer.

The addition of a sports program to the rigors of culinary studies provided students a complete physical and social collegiate lifestyle. With the full support of CIA President Dr. Tim Ryan and under the guidance of David Whalen, (associate dean for student activities, recreation, and athletics) and Serge Nalywayko (senior coordinator of aquatics and outdoor recreation) the athletics program was born in 2004. Mr. Whalen and Mr. Nalywayko are providing the opportunity for these professionals to become student-athletes. Since 2004, the CIA has offered soccer and basketball. The athletic program has since expanded to include cross country, tennis, and volleyball.

In 2013, the Hudson Valley Intercollegiate Athletic Conference (HVIAC) was formed from the merger of the single-gender Hudson Valley Athletic Conference. The CIA competes against the following HVIAC members:  Albany College of Pharmacy & Health Sciences, Berkeley College, SUNY College of Environmental Science and Forestry, College of New Rochelle, Pratt Institute, Vaughn College, Webb Institute, Davis College, and The King’s College. Most CIA athletic teams are co-ed, and students must maintain a grade point average to participate. Mr. Whalen is a member of the HVIAC board of directors in full support of the athletic program and the needs of the CIA students. 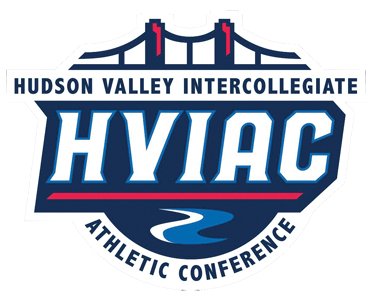 Nalywayko has been with the athletic program since the beginning and coached the soccer team early on. The Steels have been coached by Jim Sanborn since 2015. He himself is a graduate of Arlington High School and an Arlington’s Sports Hall of Fame inductee for his contributions to the soccer team during his tenure. The athletic program at the CIA is still in the “infant” stage, and with each year it grows with new players. “This year the team had a roster of 22 players, all of them deserving of a spot,” says Coach Sanborn. In addition, to maintain the team unity and spirit, Coach Sanborn’s first year involved cutting the team’s top scorer and Player of the Conference. “It’s not about one player. He became a distraction to the rest of the team. Afterwards, it brought the team closer together.”

The heart and soul of the team lay in the two co-captains, Dom DiLallo and Brent Goodbrake. Dom is on pace to be one of the first to play in all four seasons for the team. With graduations throughout the year, players constantly depart for the many professional opportunities the college provides. Dom is in the bachelor’s program in food business management and currently does not take any kitchen classes, only academic courses. His path is more reflective of a standard schedule for a student at other universities. He is one of the younger players of the team, coming to The Culinary Institute of America right out of high school. Dom explains his choice of college: “I couldn’t decide between going to Johnson & Wales University or the CIA until I visited and found out there was a soccer team here.”

Brent, however, has taken a much different path to arrive where he is. At 30, he is the oldest member of the team. He is a transfer student from the University of Alabama, where he studied astronomy, athletic training, and business. He attended school on a full athletic scholarship for tennis and cheerleading. Now in the CIA’s associate degree program, he is studying to be a chef. On a normal night, Brent finds himself up until 2 am balancing homework, classes and soccer practice. The class schedule for most of the team is so demanding not everyone can make it to practice late at night and the team can only play games on the weekend.

Coach Sanborn says his experience with his own two sons has given him the patience to deal with varied ages and personalities. He gives credit to Dom and Brent for helping him relate to the rest of the team.

There were many challenges the team and Coach Sanborn had to deal with. Their 2016 season was up-and-down because some players were leaving to complete their required externship field experience or because they graduated. However, as players left mid-season, other new players joined. Player and team adjustments are true challenges for any coach. Coach Sanborn understands and has made it his goal to allow his team to make mistakes because of the ever-changing roster and fatigue from their academic program. The school and soccer team pride themselves on being CIA students first and athletes second. Coach Sanborn explains, “It amazes me the dedication. It’s a release for them to play soccer.” While other college students put in about 15 classroom hours per week, at the CIA, it’s seven or eight hours a day. “It’s not for everybody. You have to love it to be here,” Brent adds. “That’s why the team practices from 9 to 11 at night.” 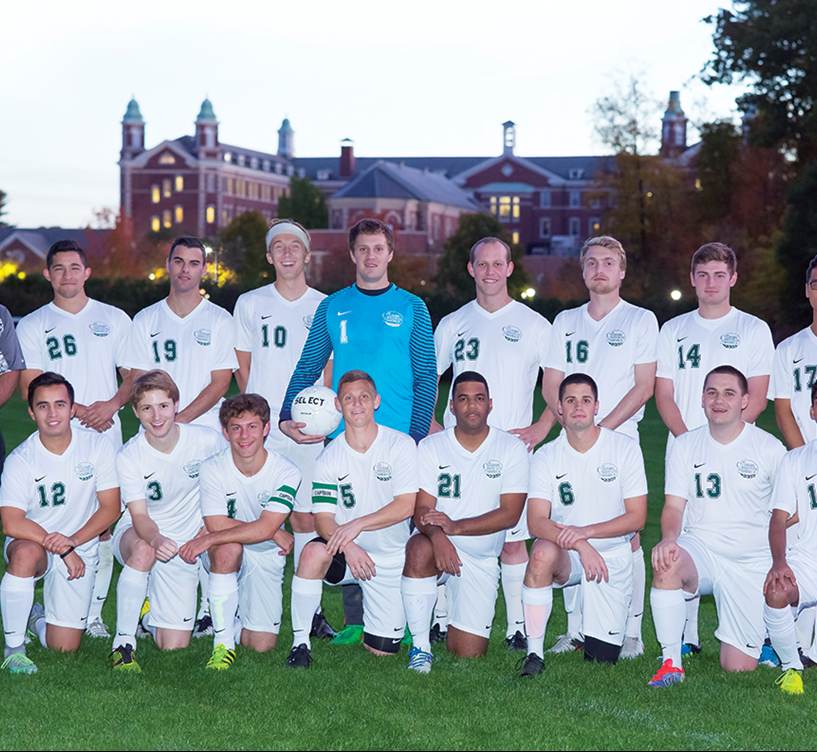 What separates the CIA soccer team from other colleges in the Hudson Valley area is its diversity of cultures. Another challenge the team and coach will always face is the language barrier of the players. The school is made up of national and international students. This year players came from such places as Italy, Israel, Belgium, Spain, Portugal, Mexico, France, Jamaica, Pakistan, India, Canada and – as team captain Brent jokingly adds his origin – Alabama. One can tell the Steels are all about fun. They have many laughs at practices.

With the constant support of President Ryan, the athletic department is growing and HVIAC is getting stronger. Five times in its young history, the Steels soccer team has won either the regular season or conference tournament championship. The cross country, tennis and volleyball teams have all been conference champions as well. “The best thing about being in a small conference is that the student-athletes are having fun because we put the players first,” explains Nalywayko.  Whalen adds, “[HVIAC] is a good fit for the college and our students.”

For more information and registration, visit The Culinary Institute of America website at ciachef.edu

[yuzo_related]
« 6 Great Tips to Help You Pack for the CIA » CIA Intrapreneurship: Bringing a Restaurant Concept to Life