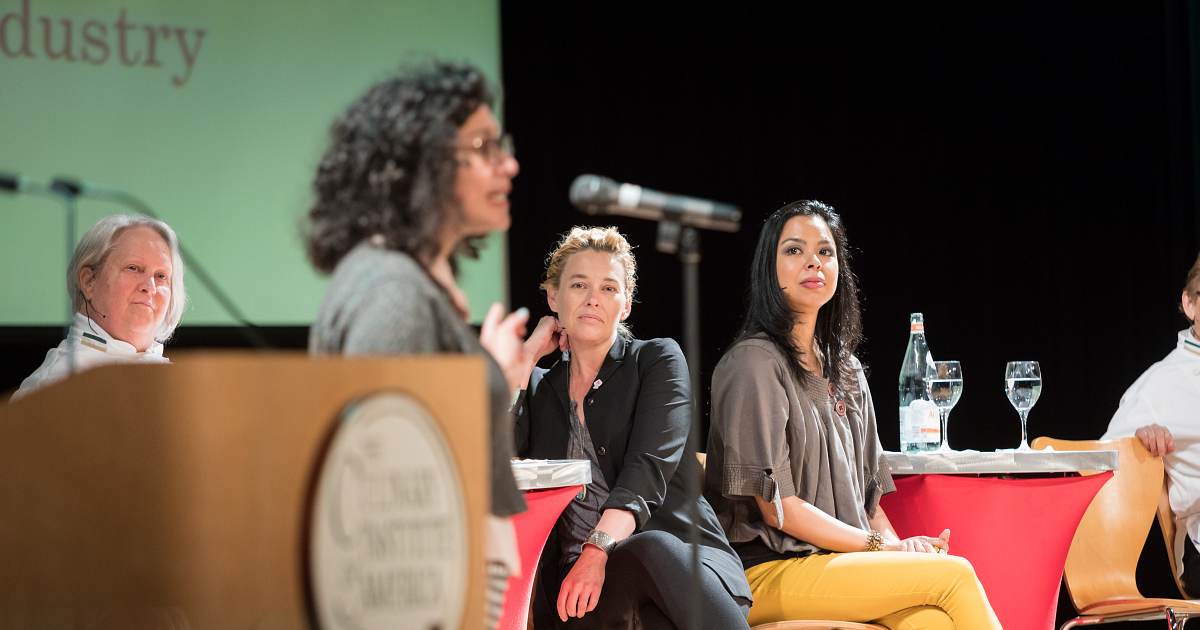 Organized by Associate Professor of Liberal Arts David Flynn, the event also included a moving performance by spoken word poet and educator Melissa Lozada-Oliva, and a screening of a short film produced by CIA students Katie Posert and Jamie Wilkinson entitled, In the Weeds: Culinary Students’ Reflections on Sexual Harassment.

The panelists captivated the audience with their thoughtfulness, optimism, and sense of empowerment. They shared their own experiences of harassment in the workplace and discussed a future in which both men and women are empowered to speak up and be treated equally. Chef Essig shared that she is having her staff appoint their own ombudsmen from their ranks who can bring forward concerns and complaints for staff who feel uncomfortable doing so themselves. She credits communication and respect as two of the hallmarks of her restaurant. 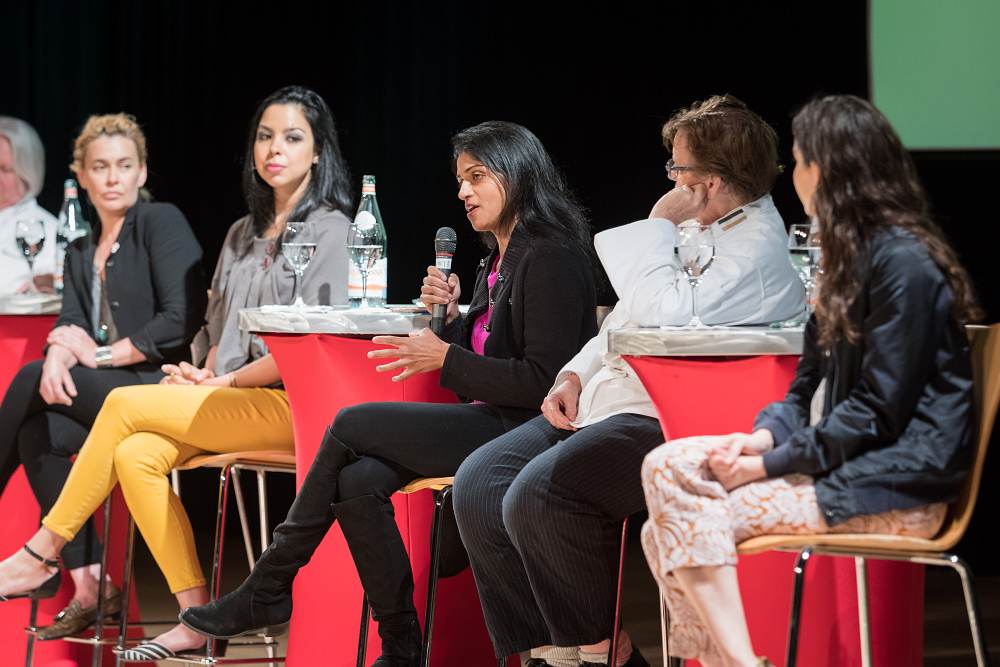 Saru Jayaraman shared compelling historical information on women’s wages in the restaurant labor force. She cited how the predominantly female front-of-house workforce (70%) are paid a sub-minimum wage of $2.35 in all but seven states in the U.S. This forces women to rely on tips to earn a living wage, often requiring them to tolerate unwanted language and behavior from customers to do so. Saru explained how this keeps women subjugated and leaves a vast gender pay inequality with the back-of-the-house team, which is predominantly male.

Sierra Tishgard pointed out that when covering restaurants in the media, magazines and blogs cover the same powerful men over and over again. And that men, more often than not, are the ones with the funding to branch out and create something new—a sure draw for the media. She contends that women need to break into the money, be able to attract investors, and the media coverage will naturally follow.

Saru explained that there is help and hope out there for restaurants that want to change their culture. Her particular group, Restaurant Opportunities Centers, features the RAISE (Restaurants Advancing Industry Standards in Employment) program that offers a high road to profitability. This profit-focused approach can benefit employers, employees, and consumers while addressing respect and gender equality along the way.

An honest discussion followed about how women must fortify themselves to act in their own best interest and resist reinforcing the patriarchy they grew up in and have somehow normalized. Suggestions were made for how women in the industry can find support and change the balance of power in restaurants. Indeed, the advice was relevant to every business in which women find themselves facing gender inequality and harassment. It was a powerful afternoon that opened eyes and challenged everyone to change and find hope for the future.