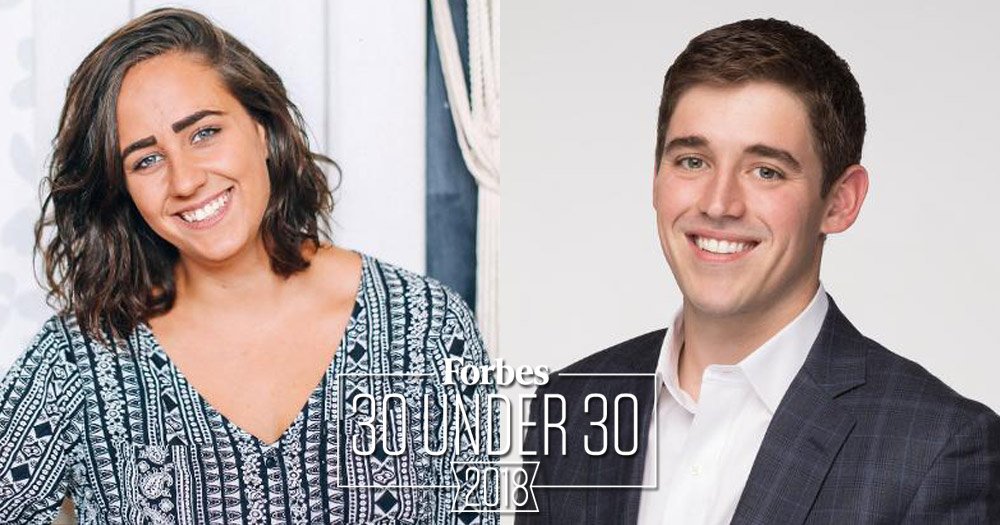 Each year, Forbes honors a short list of up-and-comers in a wide range of fields. Two CIA graduates were named to the magazine’s prestigious “30 Under 30” list in the Food & Drink category for 2018. Both hold bachelor’s degrees in management from the college and share an entrepreneurial drive that inspired them to launch and grow successful businesses.

Carlie Steiner, 26, is co-owner and beverage director of Himitsu, one of the hottest restaurants in Washington, DC. She worked for famed chef José Andrés before co-founding Himitsu in 2016 and creating the restaurant’s popular drinks program.

Michael Tierney, 28, is the founder of Mikey’s. His company sells gluten-free, paleo-certified baked goods to 3,500 stores across the United States, including Walmart and Whole Foods. After working in renowned restaurants such as The French Laundry and Eleven Madison Park, he opened his own business three years ago, and sales already top $5 million a year.

“For the members of the 30 Under 30 class of 2018 in food and drink, shaping America’s meals is less about zeroing in on what’s next and more about balancing what consumers say they want with strong business fundamentals and products that will withstand the test of whims,” wrote Forbes editors in announcing this year’s honorees.