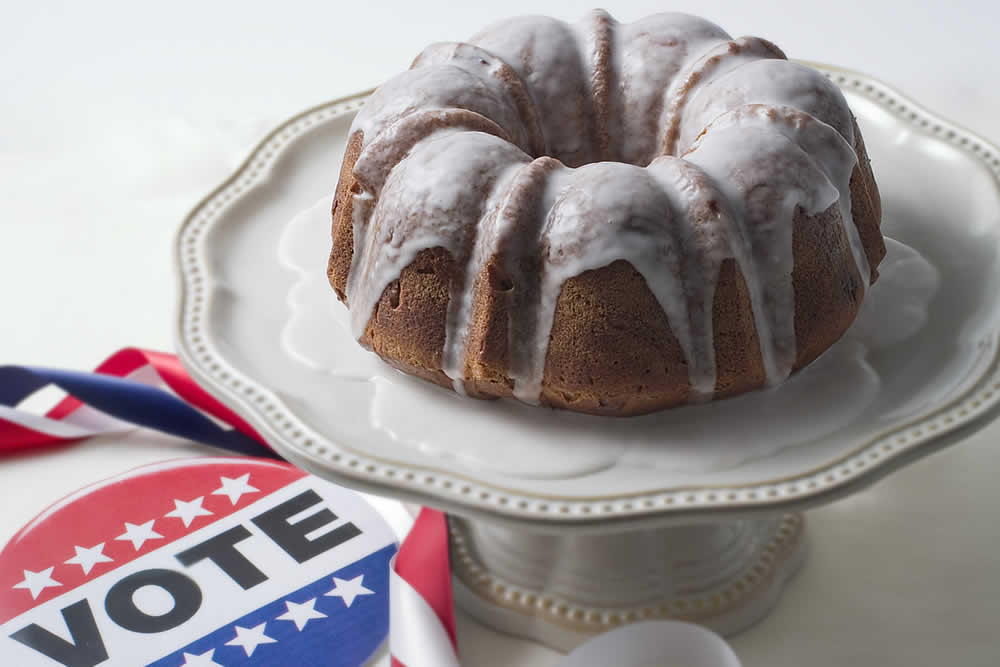 Need something for sustenance while watching this year’s election results? Try a piece of Election Day cake like early Americans ate on their way to the polls. Due to sparsely located polling places in the early days of the United States of America, colonists would need to travel far and wide to cast ballots in local and national elections. To keep up voters’ strength, women of hosting towns would serve cakes weighing up to 10 pounds to those going to the polls.

The Encyclopedia of American Food and Drink reports that Election Day Cake is a yeast-raised fruitcake of New England, first mentioned by Amelia Simmons in her American Cookery book as early as 1796. Other records showed such cakes being baked to celebrate Election Day as early as 1771 in Connecticut, and the tradition spread throughout the Midwest and West in the nineteenth century. Usually associated with Hartford, they are often called “Hartford Election Cakes.” The original version is something of a cross between bread and a cake, more like a less dense English fruitcake or plum cake.

Baking and Pastry students in the CIA’s Basic and Classical Cakes class were asked to create their own delicious version of this classic recipe just in time for the election. Featuring dried blueberries, cranberries, and golden raisins, its patriotic colors are sure to please—no matter which candidate you will be voting for this November.