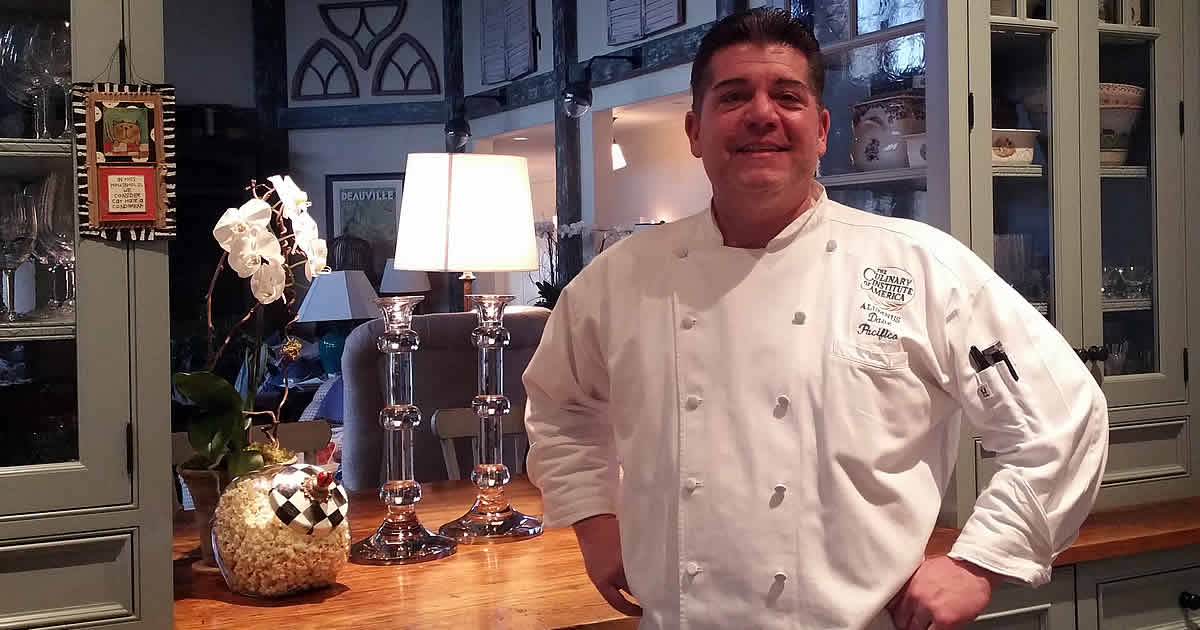 “For me, the CIA was the best in the world. When I graduated, I was overwhelmingly prepared for my future.”

Chef David Pacifico is a perfect example of how a degree from The Culinary Institute of America can take you in many different directions in your professional life. As a private chef for a family in Westchester County, NY, for the past decade, Chef Pacifico has expanded his repertoire to include estate management. “Food is a passion for me, a way of life,” says Chef Pacifico. “It’s the way I bring people together.”

Food – A Central Part of Life

Growing up in a large Italian family, food was always central to the conversation. “I was born into it,” says Chef Pacifico. “My parents were in the restaurant business and I learned how to make my grandmother’s gravy at a young age. We would all meet at the family table.” Chef Pacifico was a curious learner. While his friends were watching cartoons after school, he was watching Julia Child, Jacques Pépin, and Graham Kerr. “I was drawn to Julia’s passion about food and I wanted to learn more,” he says. Knowing that the food industry was his future, Chef Pacifico attended Dutchess BOCES for culinary arts while attending high school in East Fishkill. After school, he would walk three miles to work at a local restaurant to gain some experience.

Diversity at its Best

Chef Pacifico was overjoyed when he learned of his acceptance to the CIA and credits his education for transforming his passion into a career. “The chef-instructors had such a deep influence on me,” he says. “There are so many nationalities and ethnicities among the faculty and they bring their family traditions and food ways from diverse backgrounds. For me, the CIA was the best in the world,” he says. “When I graduated, I was overwhelmingly prepared for my future.”

Chef Pacifico worked at a local restaurant for two years then applied to be the executive chef of New York University Medical Center’s executive dining room. This is where his CIA degree gave him the edge. “When I showed up for my interview and cooking demonstration, I discovered there were more than 1,000 applications for the position, but I was the one who landed the job,” Chef Pacifico says.

A chance meeting with someone in the film industry sent Chef Pacifico in another direction entirely. “For the next 22 years, I worked in catering for films and television, including 12 seasons cooking for the cast and crew of Law and Order SVU,” he says. “And every day, I am proud to wear my CIA alumni jacket.”

“In the industry, the CIA is equated with excellence,” he says. “The college has resources no other school can offer. If you’re committed, put in the effort, come with an open mind, and stay focused, you will be rewarded with a lucrative and creative profession. If it wasn’t for the CIA and the hard work I put in at school, I would not be where I am today.”

Chef David Pacifico majored in Culinary Arts while attending The Culinary Institute of America in Hyde Park, NY. He is a private chef on a large estate in Westchester county, NY.