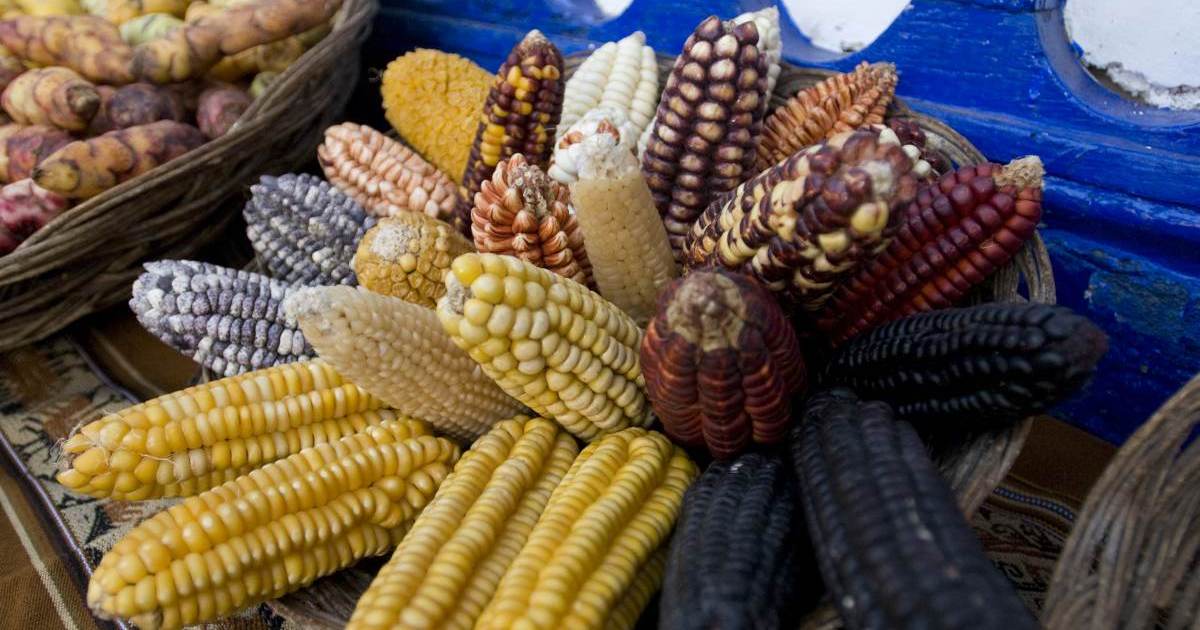 In a recent Anthropology of Food class, I talked about corn…and human skulls. It went something like this:

“For the Mayan people, maize was such a staple crop that they symbolically associated their own flesh with corn. The more elite you were, the more access you had to maize. And the truly elite represented this by binding the heads of their infants in a way that produced an elongated skull, representing the shape of the corn cob.” I showed pictures and heard the inevitable responses—grossed-out noises and comments about aliens. When the noise died down I explained. “The point isn’t that this is strange, it’s that the staple crops that past cultures relied on became intrinsically linked to their societies. Religion, art, taxation systems, inequality, even their flesh itself was bound up in their food.”

I’m trained as an archaeologist. Put Indiana Jones out of your mind. I’ve never had to outrun a giant boulder bearing down on me, been thrown into a snake pit, or discovered ancient treasures. I’m more interested in the ways in which people in the past interacted with their food, and how their reliance on those foods shaped the long-term trajectory of their cultures. Some of the Maya, for example, became so reliant on corn agriculture that they deforested their hillsides, increasing soil erosion and eventually causing malnutrition, violent unrest, and, some believe social collapse. Food matters and food choices matter both on an individual and a cultural level.

The students sitting in front of me—who were still mumbling about aliens—are going to shape the food choices of this culture and our society. They are the gardeners, educators, purchasing directors, and chefs of the future. And as the role of the chef increases in social prominence, they will be influential voices shaping the way we eat and interact with the natural world in years to come.

Anthropology as a whole is the study of human societies. Archaeology is specifically concerned with a deep dive into past human societies—the longue durée—of concepts and mediated choices that give a particular culture its shape and values. That we archaeologists try to reconstruct these cultures from the ruins and garbage they left behind is part of the allure of the discipline, and my students react well to it. Conversations usually range widely, touching on topics like whether homo floresiensis, (the small-brained, small-bodied hominin last present in Indonesia 12,000 years ago) used fire to cook and what it means if he/she did. Current theories argue that large human brains are in part the result of the easy calories from cooked food. We discuss the past, as it informs the present.

The students in my class will most likely never take an anthropology class again. For most, their path will lie elsewhere. But I try to teach them to question the idea that what they experience is normal, that their ways are right or correct simply because they are their ways. I try to give them a glimpse into the startling diversity of human experience, and food, throughout the lifespan of our species.