Home » Recipes and Techniques » Corn Your Own Beef for St. Patrick’s Day

Corn Your Own Beef for St. Patrick’s Day 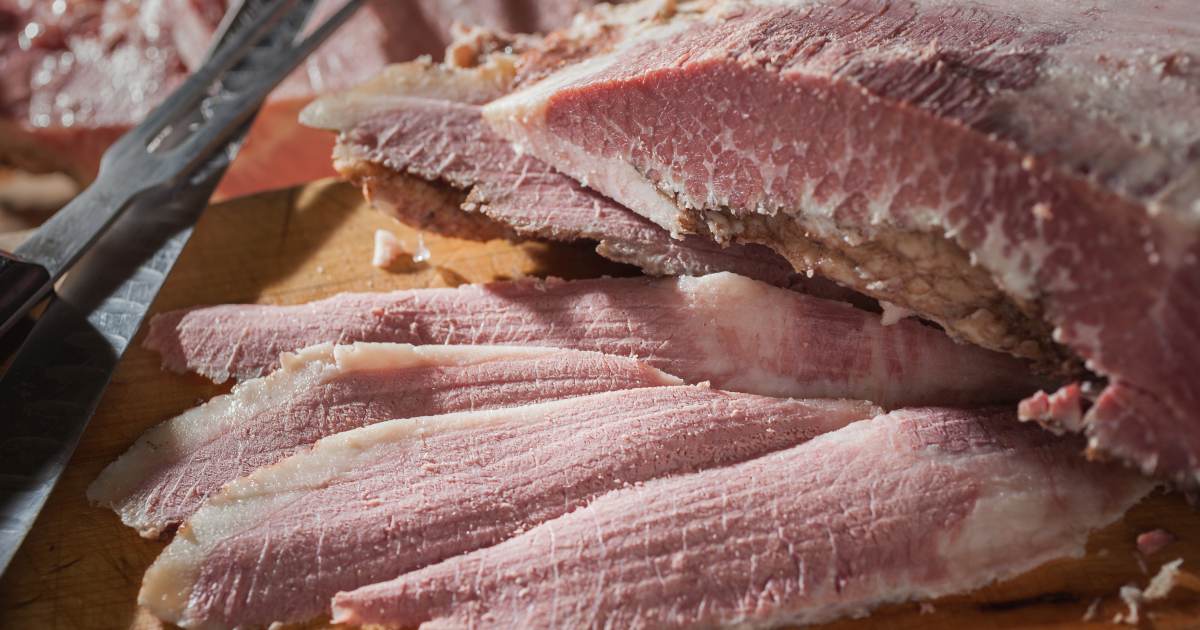 While corned beef is used one way or another in many cultures and cuisines—such as New England boiled dinner or on rye bread at a Kosher Jewish deli—it is most closely associated with the Irish, and has become a staple to be served with cabbage on St. Patrick’s Day.

CIA Professor John Kowalski, who teaches the college’s Garde Manger course, says salted beef has been served in Ireland since the Middle Ages. Corned beef was popular among the Irish immigrants to America in the mid-19th century. Many preferred it to bacon, considering the beef a luxury food.

The “corn” is not the corn as we know it today. In Old English, it referred to any hard grain particle and the unrefined salt granules used in the process resembled those pieces of coarse grain. “Corning” the beef helped preserve the meat so it could be served throughout the winter months. Now we just do it for taste.

In making your own corned beef, the important thing is to start with a quality brisket or beef round. By doing it yourself, you can incorporate whatever flavoring you like, control the amount of salt and nitrites being used, and save money. Chef Kowalski explains that if you use less salt, you need to let the meat brine longer—up to several additional days—to ensure any “free water” is pulled out of the meat so no pathogens can grow.

In the old days, nitrites were added for food safety reasons. Nowadays that’s not an issue, as long as you handle and refrigerate the meat properly. However, he notes that removing the nitrites does affect color. So expect a corned beef that’s closer to gray than pink if you don’t include the nitrites in your recipe. It’ll still taste just as good, though.

“In addition to corned beef and cabbage, I love corned beef on a Reuben sandwich or a breakfast of corned beef hash with a poached egg on top,” says Chef Kowalski.

And if you’re wondering what’s the difference between corned beef and pastrami, here you go—instead of simmering for several hours after rinsing off the brine, pastrami will be rubbed with spices and hot smoked for four hours and then steamed for another four hours.

Here’s a recipe for making your own corned beef, adapted from Chef Kowalski’s CIA cookbook, The Art of Charcuterie (Wiley, 2011).

Makes one 10- to 12-pound brisket or beef round

3½ ounces Insta Cure (or another ingredient with natural nitrates, such as celery powder), optional

10 to 12 pounds beef brisket or round