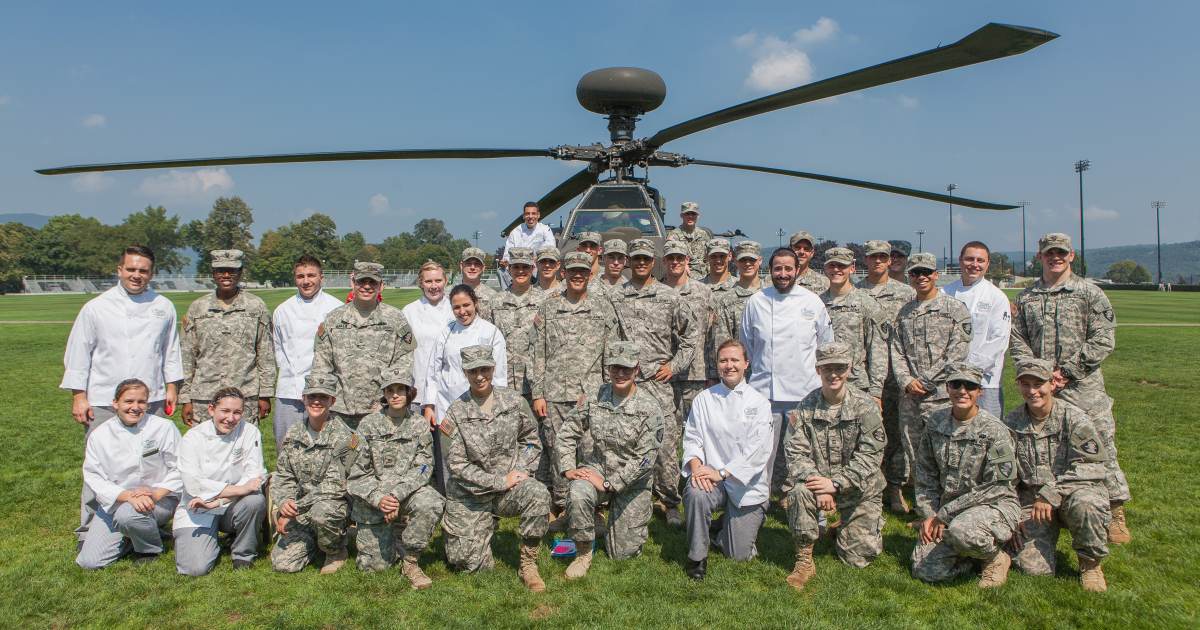 Two seemingly unlikely groups have been spending time together. At first glance you can’t imagine why. Sure they all wear uniforms, live within a strict hierarchy that shapes their every activity, and exhibit lots of self-discipline so they can excel. But you’d still never believe that cadets from the U.S. Military Academy at West Point and students at The Culinary Institute of America would find so much common ground.

In an exchange project, born out of an educational theory in higher education that says, when students are taken out of their comfort zone it stimulates thought and learning, a group of CIA and West Point students got a taste of “how the other half lives.” What could be more of a shake-up than taking seniors from the CIA and West Point and have them shadow each other on their respective campuses? 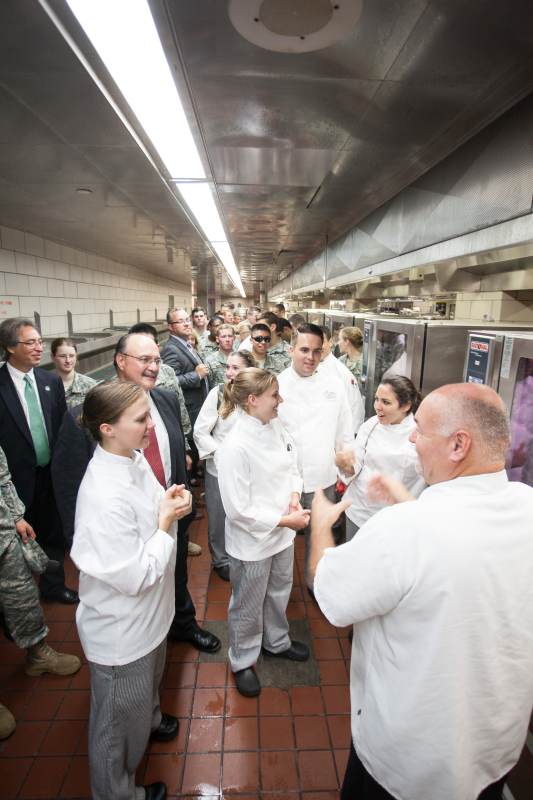 For this event, 10 CIA seniors traveled to West Point for “A Day in the Life of a Cadet.” Our students, in their crisp white chef jackets, stood out in stark relief against the camouflage that is de rigueur at West Point. Each student was assigned to shadow a cadet through classes, meals, and, in one case, football practice. One student attended a class on feminist studies, another on human sexuality, while still another took part in a commemorative run in honor of 9/11.

After class and lunch in the mess hall, West Point’s Executive Chef Frank Tabasco ’95 toured the students through the cavernous kitchens. Our students felt they were finally on familiar ground—at least until they saw the scale of the kitchen equipment and realized that every day, at every meal, 4,000 cadets are served within a 20-minute window!

A month later, 10 cadets spent a day on the CIA campus with their new friends. In the morning, they received their own chef whites, toured the campus, and spent time with President Ryan. The entire afternoon was spent in a “Taste of the Hudson Valley” course, led by veteran and CIA Associate Dean of Culinary Arts Howie Velie.

In preparation for these daylong exchanges, our students read A Soldier’s Heart by Dr. Elizabeth Samet, professor of English at West Point. The cadets read The Making of a Chef by Michael Ruhlman. These books were selected not as academic works but rather as windows into each other’s world.

It was amazing to see the friendships that sprang up among the 20 students. They found they had much in common, like most college students. But on a deeper level, they recognized kindred spirits—people who responded to and learned in highly structured settings and who emerged with unique skills that would serve them all well in the future.