Maple Syrup Tapping at The Culinary Institute of America 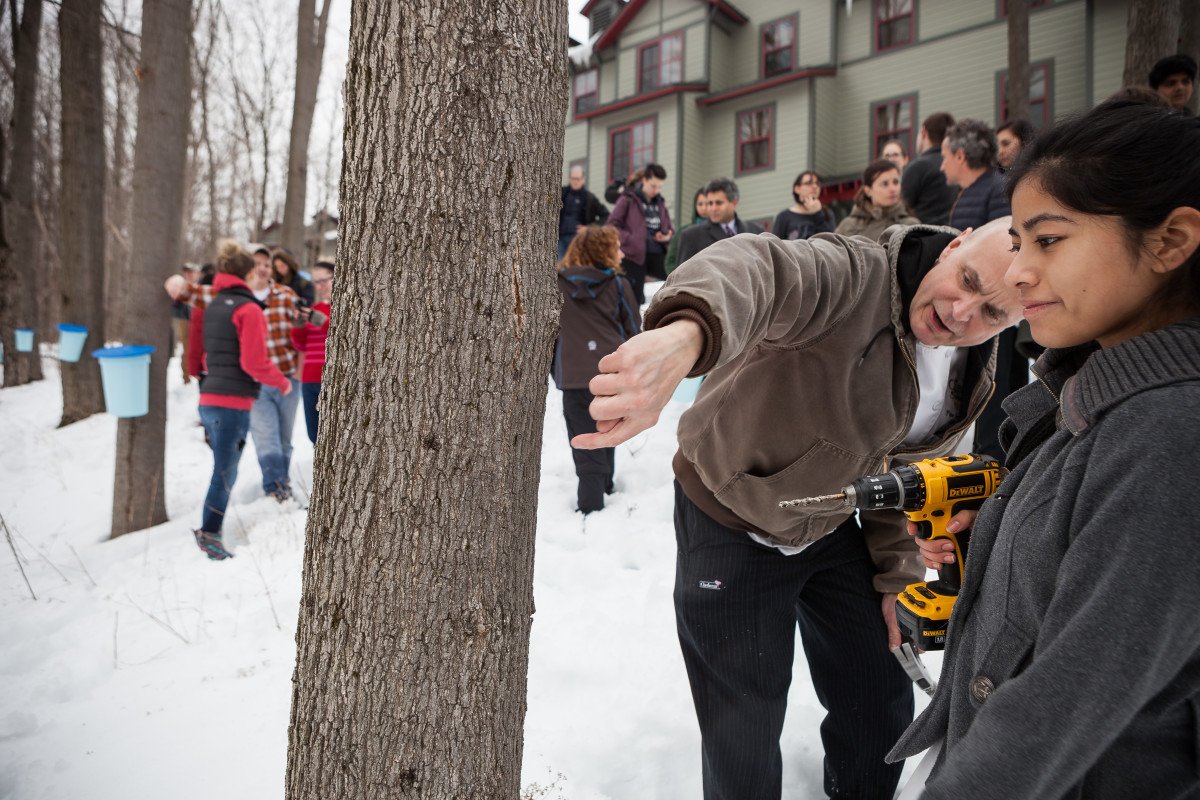 While many college students tap kegs on their spring break, some students at The Culinary Institute of America in Hyde Park, NY tap trees each March. These students—from Chef Peter Greweling’s Chocolate and Confectionery Technology and Techniques class and Dr. Deirdre Murphy’s Ecology of Food bachelor’s degree course—volunteer to take part in harvesting sap to make maple syrup at the college.

Using about two dozen maple trees on the north side of campus, the students assist Professors Greweling and Murphy with each step of the process, including tapping, collecting the sap, boiling, straining, testing, and bottling the syrup. “It is pretty miraculous to watch the nearly clear, barely sweet sap transform into rich, sweet syrup through the process of evaporation,” says Greweling.

Syrup to be used in the classroom and CIA restaurants

It can take up to 50 gallons of sap to produce one gallon of syrup. The syrup produced at the CIA is used in Chef Greweling’s class and incorporated into desserts at the public restaurants on campus.

For next year’s syrup season, he hopes to have an outdoor “sugar shack” set up for boiling the sap right from the tree.

“Making maple syrup is a natural fit for our students; it is as much an ingrained part of the culture of the Hudson Valley as making wine is in California,” said Chef Greweling, who is seeking to use this experience to develop an undergraduate course at the CIA that will include the history, culture, and technology of maple syrup.