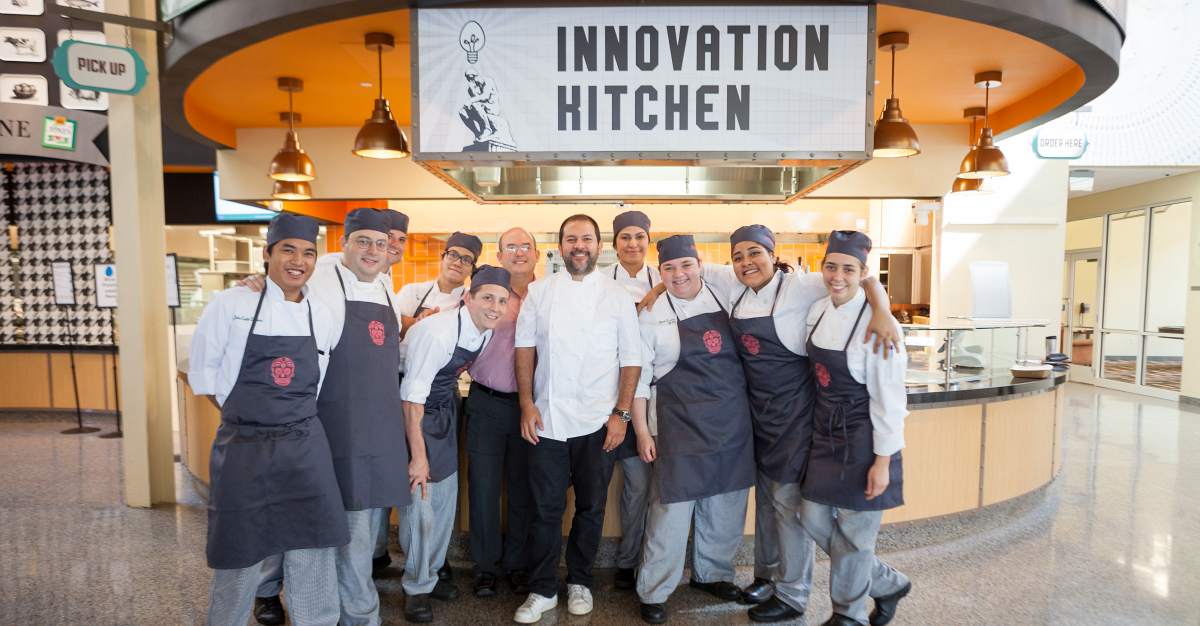 CIA bachelor’s degree graduates have made an impression on this year’s World’s 50 Best Restaurants list. Announced in mid-June, the 2016 list includes two restaurants with owners and a third with a general manager who earned CIA bachelor’s degrees in management from the CIA. Since its launch in 1993, the program has positioned graduates to make an impact in foodservice and hospitality.

Enrique Olvera ’99 is chef/owner of Pujol (#25) in Mexico City and Thomas Carter ’04 is co-owner/director of beverage service at Estela (#44) in New York City. Olvera now has two of the 100 best restaurants in the world, as his New York restaurant, Cosme, was recognized as a member of the second 50.

Alinea (#15) in Chicago, with associate degree alumnus Grant Achatz ’94 as chef/owner, made the list for the 10th straight year. In all, CIA grads work in the kitchen, dining room, or management at nine of the World’s 50 Best Restaurants, including seven alumni at Eleven Madison Park (#3) in New York City.