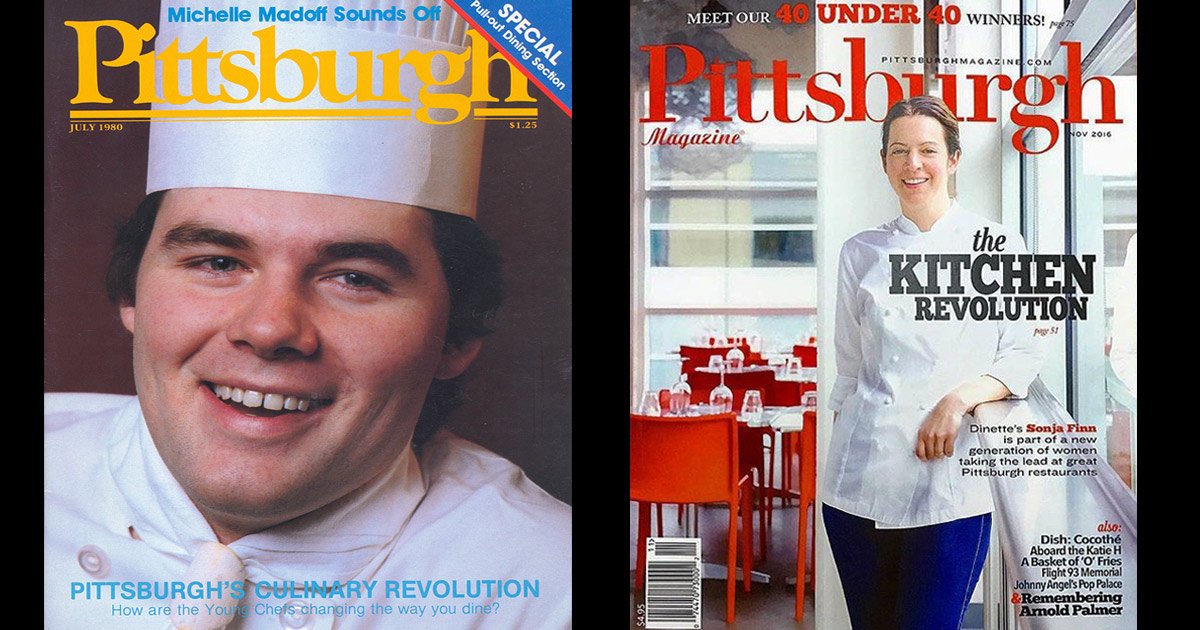 Pittsburgh may have revitalized its reputation as the Steel City for the tool used to sharpen a chef’s knife rather than for its industrial roots. Across generations, graduates of The Culinary Institute of America who call Pittsburgh their hometown have been using their steels (and knives) to put themselves at the cutting edge of the city’s growing food reputation.

CIA alumna Sonja Finn ’03 is on the cover of the November 2016 Pittsburgh Magazine, featured as a leader of the city’s new kitchen revolution led by women. According to the article, Chef Finn “became the first woman to be the sole chef-owner of a notable Pittsburgh restaurant when she opened Dinette in 2008.”

But Chef Finn is not the first CIA graduate to grace the cover of the magazine. In July 1980, Chef Tim Ryan, then only 22 years old, was featured in a cover story about the culinary revolution led by young chefs who were changing the way Pittsburghers dined. Two years after earning his CIA diploma, Ryan was already executive chef at the city’s famed La Normande. Chef Ryan, from the city’s East Liberty neighborhood, is now Dr. Tim Ryan, president of The Culinary Institute of America.

For almost four decades, Ryan, Finn, and other culinary revolutionaries from the CIA are proud to have played a role making today’s Pittsburgh restaurant scene hotter than a smelting furnace.