CIA Grad Has Two Restaurants in the World’s 50 Best 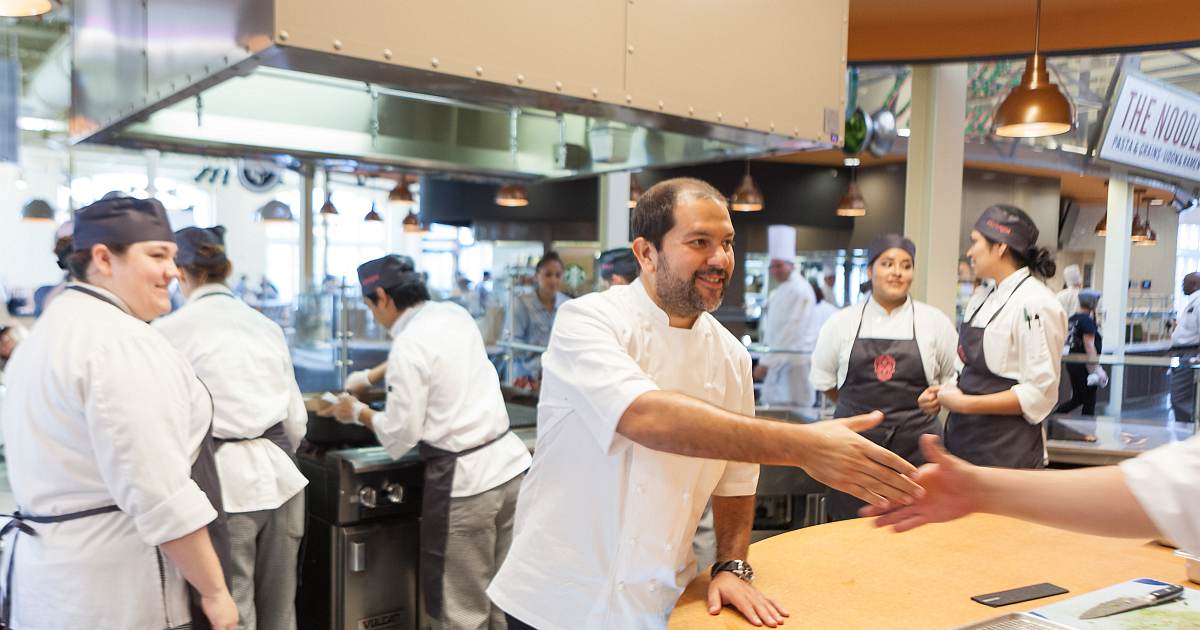 A CIA education can take you to anywhere in the world. And when you combine the unparalleled hands-on culinary education with the business know-how of a CIA bachelor’s degree in management, you can reach the very top of the profession. Case in point: Enrique Olvera, who earned his bachelor’s in Culinary Arts Management at the CIA, is the chef and owner of two of the top 25 restaurants in the world for 2018!

S.Pellegrino’s annual list of the 50 Best Restaurants in the World ranked Olvera’s Pujol in Mexico City at number 13 and Cosme in New York City as the 25th best on the planet. The World’s 50 Best calls Olvera “Mexico’s most famous chef.”

Olvera has returned to his alma mater on several occasions. In 2015, he met with students in the CIA’s Intrapreneurship business innovation concentration who created a Mexican street food quick-service concept that became a student dining option for a semester.

Chef Olvera credits the CIA with teaching him the importance of preparation and craftsmanship in his art. “Having a degree from The Culinary Institute of America will open many doors for you, not only in the U.S., but everywhere around the world,” he says.

Other CIA alumni represented on this year’s World’s 50 Best list include Christopher Muller, culinary director of Le Bernardin in New York City (#26) and Grant Achatz, chef-owner of Alinea in Chicago (#34).

Ten restaurants on the list—including three of the top four—are sites where CIA students can fulfill their internship field experience. And when you’re a CIA student, you always have opportunities that other schools just can’t offer to interact with the top chefs in the world. Massimo Bottura, whose Osteria Francescana has been ranked #1 for two of the past three years, came to the CIA’s New York campus in 2014 to give a presentation and meet with students.