Channel the Flavor of New Orleans by Making a Shrimp Etouffee 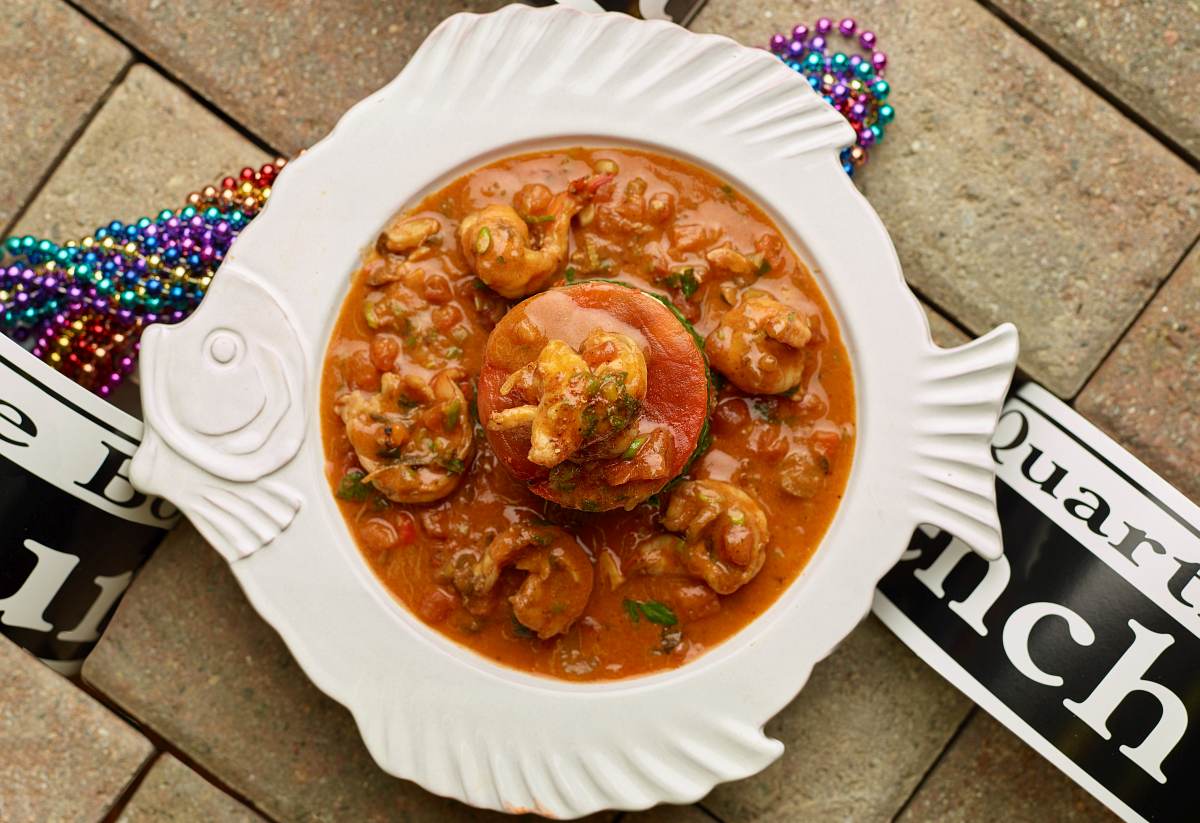 Even if you’re not familiar with the name Paul Prudhomme, it’s likely you’ve enjoyed the benefits of his long and celebrated career. Prudhomme was a Louisiana-born chef who gained celebrity for his culinary expertise and larger-than-life personality.

Prudhomme thrust Cajun and Creole cuisine into the national spotlight. He introduced Americans to the bold flavors and rich roux-based dishes of his childhood, and with his commercial seasoning mixes, numerous cookbooks, and television appearances brought these dishes into homes across the country.

The cuisine of New Orleans is distinct, combining the rich culinary traditions of those who settled the area long ago. The city’s food is a reflection of the people who still live there today, with influences from France, Africa, and Spain (just for starters) and the strongly-rooted traditions of the Cajun and Creole cultures.

In this Shrimp Etouffee recipe, The Culinary Institute of America channels the spirit of Prudhomme. Flavorful and vibrant, this rustic dish is meant to be shared around a table of family and good friends. Meaning “smothered,” an etouffee coats the shrimp (or crawfish, as you’ll often find it in New Orleans) with a spice-packed gravy worthy of Chef Paul himself.

This recipe calls for homemade shrimp stock, but you can use store-bought if you prefer. Making it from scratch is quite easy, though, and a great way to use leftover shells. You’ll need about 1 pound of shells, which comes from about 2 pounds of shrimp. Remember that shells freeze well, so anytime you have leftovers, freeze them until you have enough to make a stock. Use the stock for shrimp bisque or as the base for a pasta sauce.

The fragrant and flavorful Creole Seasoning mix comes together in minutes, so make some extra to stock your pantry. Sprinkle it in soups, use it as a rub for chicken or fish, or keep it on hand for other New Orleans-inspired recipes.

Melt the butter in a large Dutch oven over medium heat. Add the onions, peppers, celery, and garlic. Cook until the vegetables have softened, stirring often, about 10 minutes.

Add the tomatoes, bay leaves, salt, cayenne, and 1 tablespoon of Creole seasoning. Cook until the tomatoes have released their juices, 2 to 3 minutes.

Add the shrimp stock and bring the mixture to a boil. Reduce to a simmer and cook until slightly thickened and flavorful, about 45 minutes.

Season the shrimp with the remaining 1 tablespoon of Creole seasoning and add to the pot, nestling them into the hot liquid. Cook until the shrimp are cooked through, about 6 minutes. Remove from the heat and stir in the parsley.

To serve, place a spinach and red pepper tian in a shallow serving bowl. Spoon the hot etouffee around the tian and garnish with scallions.

Combine the ingredients and stir to combine. Set aside until ready to use.

Preheat the oven to 350 degrees F. Place the shrimp shells and heads on a baking sheet. Bake until they begin to char on the edges, about 30 minutes.

Remove the shrimp from the oven and transfer to a stock pot. Add the onions, celery, carrots, garlic, bay leaf, peppercorns, and tomato paste, and stir to combine. Cook until the tomato paste has darkened slightly, about 6 minutes. Add the brandy and simmer until the liquid has reduced, about 4 minutes.

Add two quarts of water and bring to a simmer. Skim to remove any foam that rises to the surface.

Reduce the heat to medium-low and simmer, uncovered, until reduced by about half, about 45 minutes, skimming occasionally. Season with salt.

Remove from the heat and strain through a fine-mesh sieve. Set aside until ready to use.

Roast the red peppers over a flame until charred all over. Alternately, cut around the core of the pepper to remove the seeds and stem. Lay the pepper flat, skin side up, on a baking sheet and broil until charred, about 20 minutes. Transfer to a sealed container or covered bowl until cooled, about 15 minutes. Rub the charred skin from the pepper, using a clean towel, if needed. Cut the peppers open and remove the seeds. Use a 2 1/2-inch round cutter to cut circles from the peppers. Set aside.

Meanwhile, heat a large saute pan over medium heat. Add the butter, shallots, and garlic. Cook until translucent, about 4 minutes. Add the spinach and cover. Cook until wilted, about 3 minutes. Work in batches, if necessary. Stir in the salt, then transfer to a strainer and use the back of a spoon to press out as much liquid as possible.