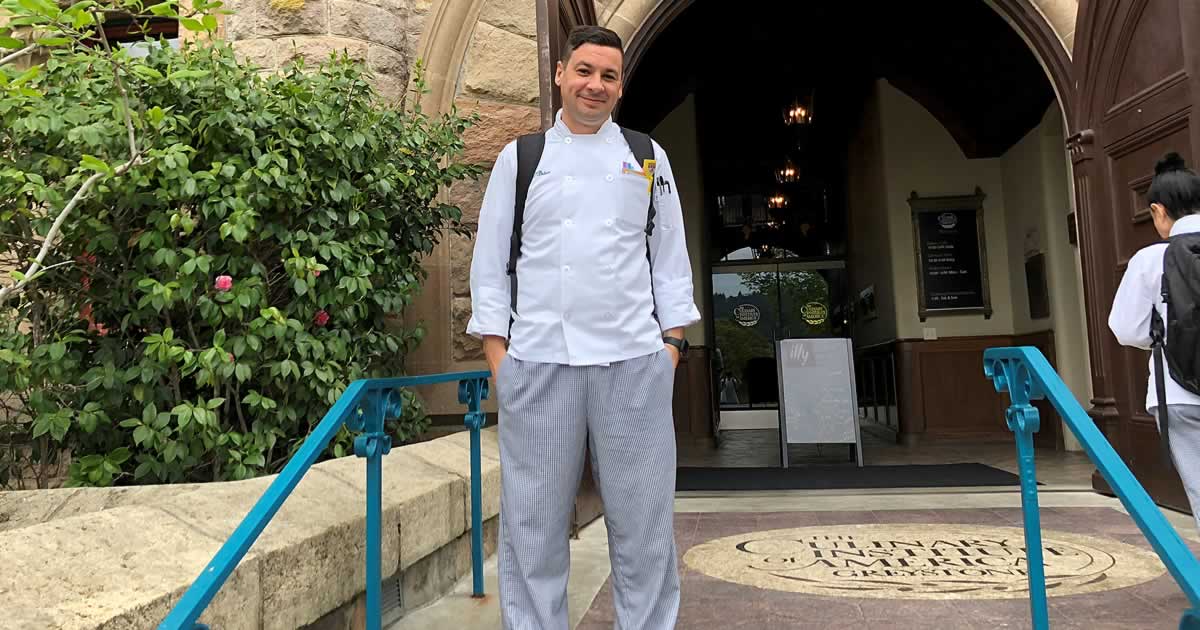 “If you want to be a world class chef, come to the CIA. Just know, you will work harder than you probably ever have to achieve a degree from this school. If you are ready to put in the time and effort to become the best, this place is for you.” 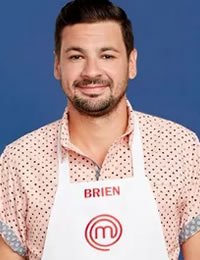 How did you become interested in food?
The first time I realized food and the art of transforming and elevating edible ingredients was when I was 13 years old in my mother’s kitchen in the small town of Redding, California. I remember taking a fresh basket of strawberries and chopping them until what remained resembled a chunky puree. I then added a little sugar to the “puree” as I remembered enjoying the taste of frozen strawberries packed with sugar I’d seen in my freezer before. After that I remembered how much I liked a breakfast cereal that advertised a “cinnamon & sugar” taste, so I added a little sugar. What resulted was a delicious strawberry sauce/chunky puree that was perfect atop a bowl of French Vanilla ice cream. Ever since that day as a child, I always cooked as a hobby. I was never a great artist, and I had poor penmanship, but the feeling of expression I’ve always experienced from cooking has fulfilled my artistic desires.

Do you already have a degree from another college or did you previously have a different career?
Yes. Master of Arts in Human Behavior from National University (La Jolla, CA)

Why did you choose the CIA?
I chose the CIA because the CIA is the best culinary school in the country (if not the world). Simple as that. If you want to be the best, you must learn from the best.

How have scholarships and/or grants helped you reach your goal of getting a CIA education?
I haven’t received any scholarships yet, but will seek them after the first semester is over (most scholarships are geared towards 2nd semester and further).

Do you belong to any clubs or participate in any activities/sports on campus?
I try to participate in SPICE and Wine Club when I have time, but the course load during the first semester is heavy so I’m not able to attend meetings as often as I’d like. I will look to participate in clubs more in future semesters.

What is your favorite dish to make? Why?
My favorite dish to cook is my great grandmother’s meatloaf recipe. I call the dish “Fourth Generation Meatloaf” and it was the dish that got me through on my audition with MasterChef. It was a favorite dish of mine when I was a kid and still is today. 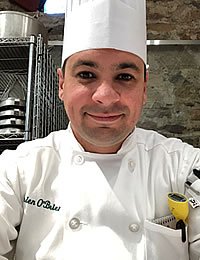 Speaking of MasterChef, what was it like being on the show?
Being on the show was a lot like being in Culinary Fundamentals, a lot of hard work and studying food. The filming schedule was very rigorous, much like the schedule in Culinary Fundamentals. It was a phenomenal experience to see what goes into the behind the scenes of a TV show of that caliber. My favorite part of being on the show as the people I met. Being surrounded by like-minded people who are all as into food as I am felt rejuvenating, very much like being a student at the CIA.

How has your life changed since MasterChef?
After the filming and airing of MasterChef my life has changed dramatically. Before auditioning for the show I had already decided to pursue a career as a Chef, but the opportunities available to me have increased because of my visibility from being on television. I also learned a lot from my Celebrity Chef Judges: Gordon Ramsay, Christina Tosi, and Aaron Sanchez. Being around such talented Chefs was so inspiring it took my culinary dreams to the next level. After filming the show I was motivated to getting more into fine dining and all fine dining entails.

How did the experience on the show affect the way you look at food? And how did it affect your decision to pursue a culinary education and a career in food?
The first thing that jumps into my head with regards to this question is in regards to plating. Plating dishes in an elegant way was pretty foreign to me before the show. It became clear early on that plating is a huge factor in the selection of winning dishes on the show. Once this was clear, I made a huge effort to developing my skills in the plating arena. I studied countless cookbooks and food photographers to help develop my plating style. My decision to get into the industry was made prior to going on the show, but my desire to get into fine dining was made while filming. Since filming my efforts have been 100% focused on fine dining and I am excited to see what the future brings me.

How has your CIA education prepared you for the business side of food?
Understanding how vast the culinary/hospitality industry is and the different genres one can pursue has opened a lot of possibilities on what direction I’d like to go after graduation. It’s exciting!!

What is/are the best lesson(s) you’ve learned while at the CIA?
How a student acts in classes at culinary school are a great indicator on how successful they will be at the end of the program. Many students don’t realize that every Chef instructor they have are not only recruiters for different restaurant groups, but are also great sources for letters of recommendation. Work hard in class and good things will come.

What are your career goals and how will your CIA education help you get there?
I’d like to be the Chef of a high end independent fine dining establishment. I have aspirations of working under Michelin-rated Chefs to learn as much as I can before going on my own to show the world my personal culinary values and cuisine. It’s an exciting path to be on!

What advice would you give to a new student or someone who is considering attending the CIA?
If you want to be a world class Chef, come to the CIA. Just know, you will work harder than you probably ever have to achieve a degree from this school. If you are ready to put in the time and effort to become the best, this place is for you. If you aren’t comfortable being uncomfortable, there are other schools that may fit you better.