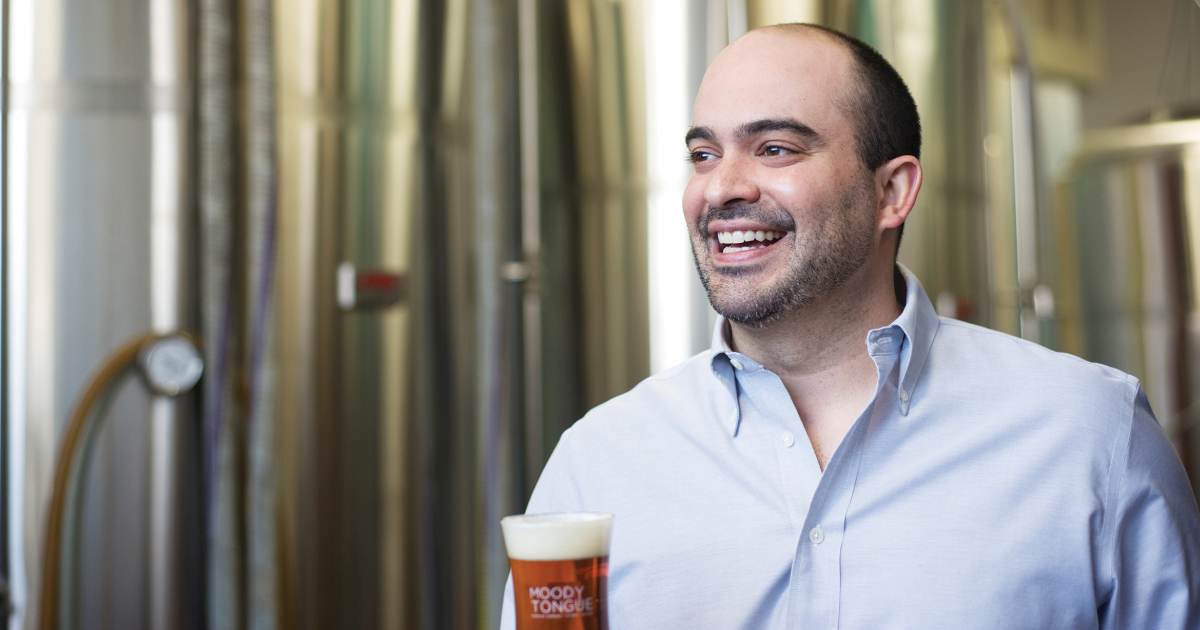 He’s deadly serious about his work, and he’s having the time of his life doing it. He’s gained the respect of some of the nation’s top chefs, and he’s transforming how they are thinking about beverage service in their restaurants. He’s fluent in culinary speak, and he’s creating a whole new language for beer. He’s brewmaster Jared Rouben ’06—the force behind Moody Tongue Brewing Company—and he practices culinary brewing.

To do that, he believes tasting and understanding food is critical to the process. Jared brews beer the same way he cooks, by sourcing the best ingredients, handling them correctly, and appreciating the why and when of incorporating them into a quality beer.

And he is adamant about that. “In culinary brewing the beer has to be perfect first,” he says. “It doesn’t matter how good your food ingredients are, they won’t improve a beer that isn’t already great.” That meticulous approach is why so many chefs like Rick Bayless, Paul Virant ’94, and Paul Kahan have collaborated with him to create signature beers that bridge the gap between the plate and the glass. He also understands how to communicate this approach to the customer.

Jared understands the power of words and how they can become part of the flavor experience. He recognizes that most people use a limited vocabulary when talking about beer. “Phrases like it’s ‘nice and hoppy’ or ‘rich and malty’ are used all the time,” Jared explains. “But that’s not very helpful because all beer has malt and hops in them. It’s not telling you much.” So he began expanding the language of beer. The names of Jared’s brews all start with the culinary technique used followed by the flavor and aromatics profile, and then the beer style. The names of his most popular beers clearly reflect that approach and include Dehydrated Tangerine Cacao Wit, Sliced Nectarine IPA, Caramelized Chocolate Churro Baltic Porter, and Steeped Emperor’s Lemon Saison.

Jared strongly believes that the common language of food will help engage more people in the enjoyment of beer. “The wine world has been using words like fig and prune to describe French wine forever,” Jared explains. “Beer is just as complex, so why don’t we get to explore the best ingredients and food pairings too? We shouldn’t be left out of the fun.”

« FLAVOR: Coming to Our Senses » Veterans Find Sense of Purpose in CIA Kitchens