Home » Student Bloggers » Baking Through the CIA: Life in the Kitchen

Baking Through the CIA: Life in the Kitchen 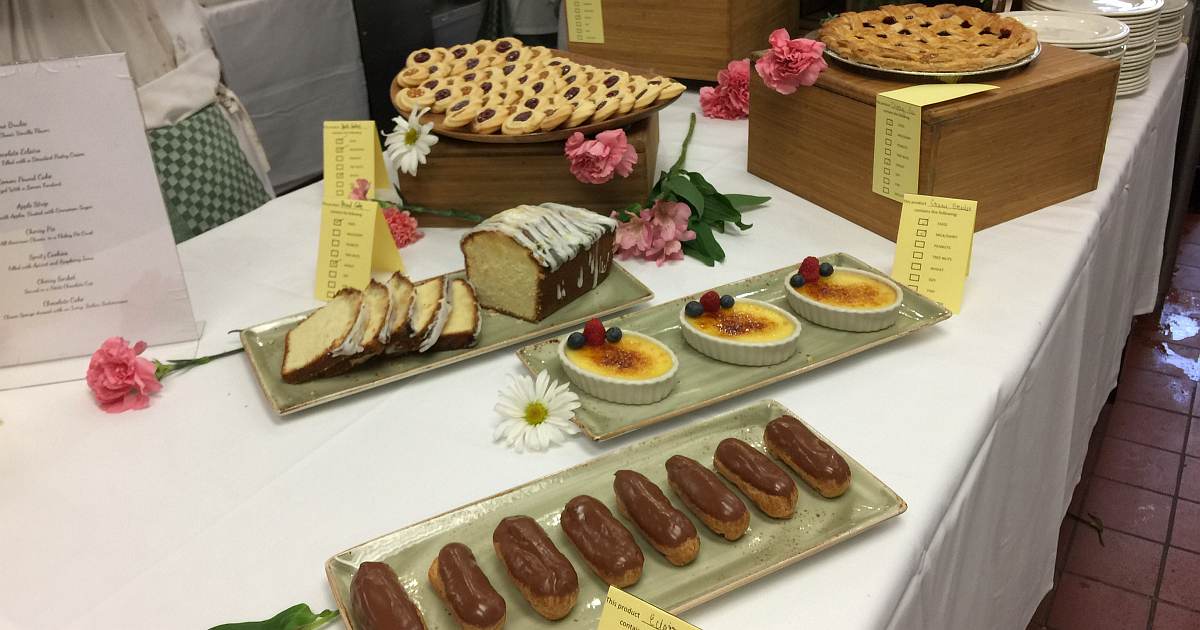 “You’ve gone over to the dark side,” said a passing chef to one of my classmates earlier this week as we stood outside K-19, our home for the next 3 weeks. After completing Fundamentals last week in a rather spectacular fashion with our Showcase, we have officially moved into our second semester, starting with a culinary crash course called Café Savory.

Café Savory is designed to give us bakers, the basic skills necessary to ultimately produce the savory food offered by the Apple Pie Café. After spending a week as a cook, I’ve got to say, I am quite far outside my element. Whereas baking is an exact science with a clear beginning and end, cooking is a chaotic and random art form. It’s like the difference between classical music and jazz, or Jackson Pollock and da Vinci. As someone who values schedules and precision, cooking is a bit too anarchistic for me. I certainly value the end result, but unlike baking, it feels foreign and unnatural. 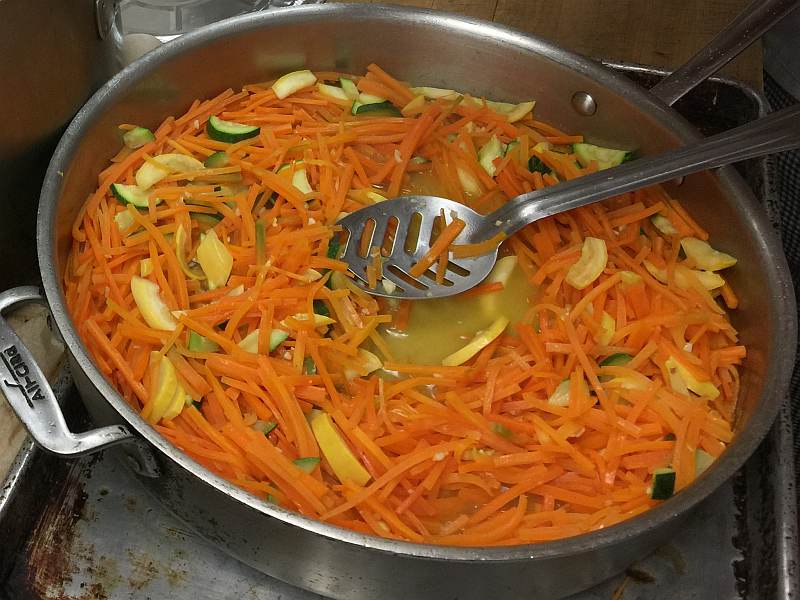 We started the class discussing our knives and basic cuts, before jumping into practicing them on onions, carrots, and potatoes. As someone with an aversion to sharp things, it was a bit terrifying, but as I practiced the skills more throughout the week, the motions became more fluid and I got the hang of it. The veggies we cut were sautéed by our chef and turned into tomato sauce, which was served over pasta for a family meal.

The next day we learned about stock, which became a sort of central element that was built upon for the rest of the week. While the stock cooked, we used potatoes that we had chopped the previous day to make gnocchi. Each group made sauces to accompany the potato dumplings, which we ate for dinner. 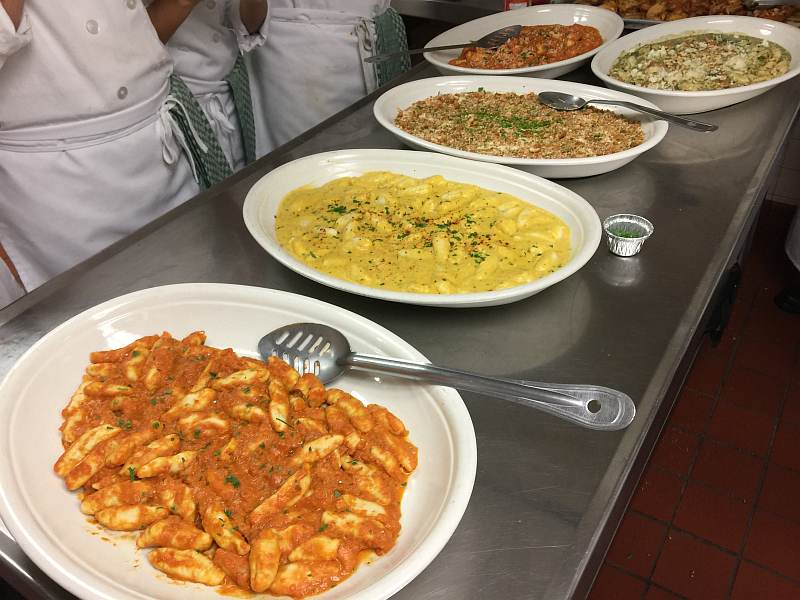 The next two days were devoted to soups. First, we produced French onion and minestrone, splitting production of each among our group. The second day, we made cream of broccoli and consommé. I was in charge of the consommé, which was a rather interesting yet disgusting looking production. The end product is an extremely clear and flavorful broth, but getting it there requires the production of a scummy looking raft of meat, eggs, and vegetables that settles on top and filters the impurities. We also learned about vinaigrettes, producing salads to accompany our soup dinners. 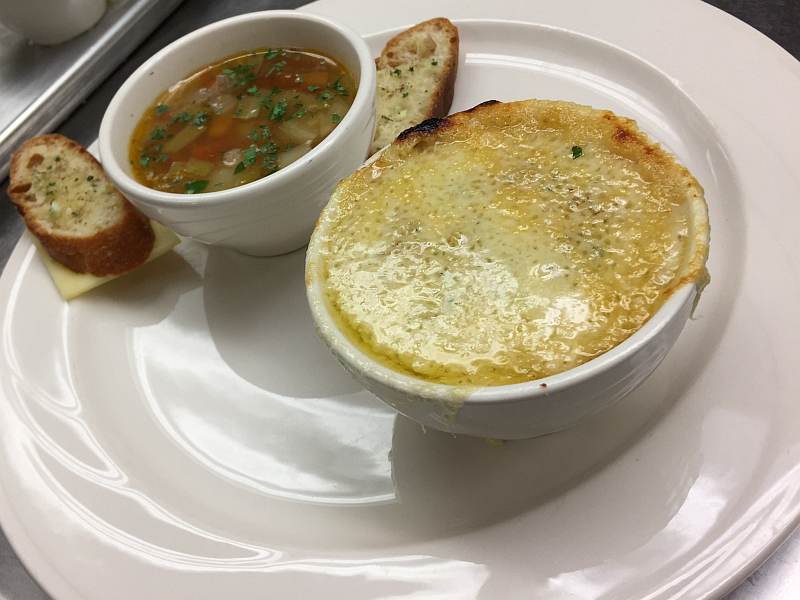 On the final day of the week, we learned about the mother sauces, vegetables, and starch cookery. My group made chicken veloute, while the other groups made a variety of others, including béchamel, which was turned into a cheese sauce for macaroni and cheese. In addition to our sauce, we produced a batch of rice pilaf, learning about different grain lengths and cooking methods. 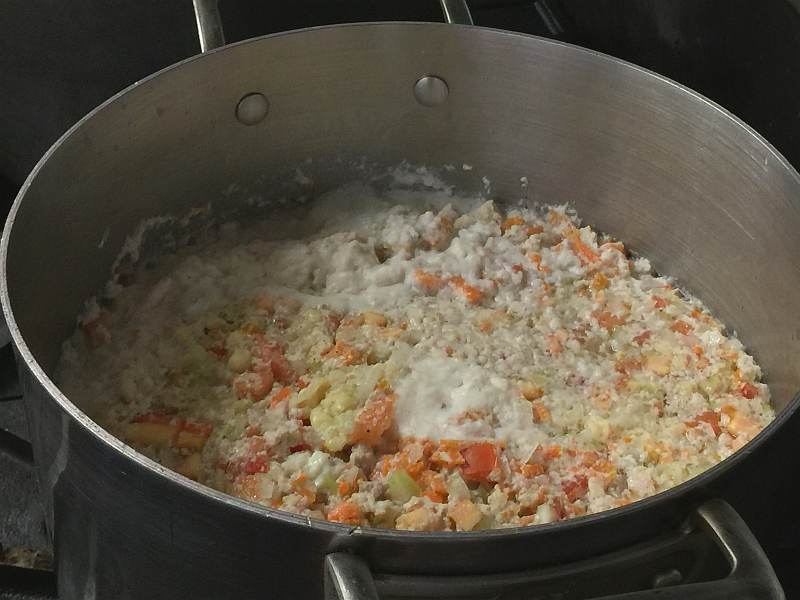 Although I’m certainly not a cooker, I can appreciate the other side of the culinary world. After completing the first week, I feel a little bit more comfortable with these new tricks of the trade, and I am cautiously optimistic about what’s to come in the rest of the course. 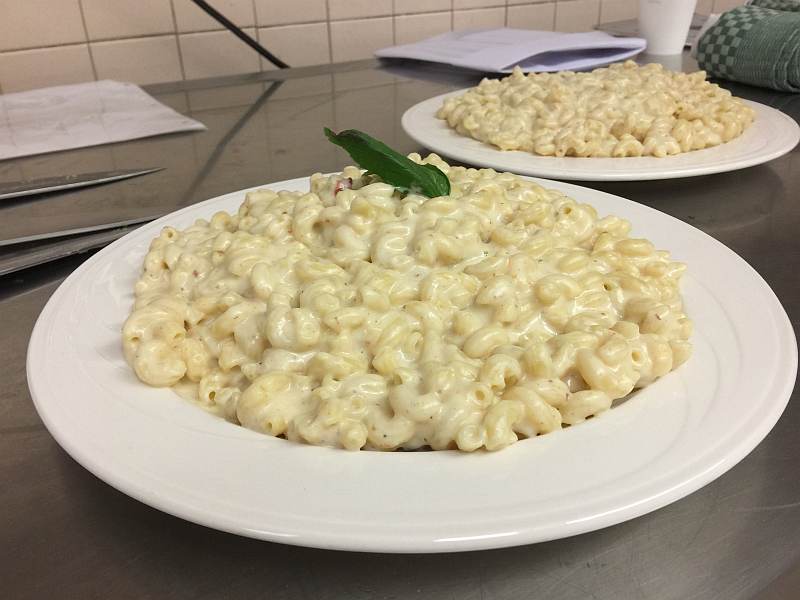 Latest posts by Andrew Bergman (see all)
« 10 Valuable Lessons I Learned in Culinary School » A Day at Givaudan: Exploring the Flavor Factory